Macron says dialogue with Russia, Turkey and Iran on Syria is needed
http://tass.com/world/999951

Mark Taliano, Research Associate of the Centre for Research on Globalization (CRG) contacted Global Research from Damascus at the outset of the bombings. Here is his incisive report:

END_OF_DOCUMENT_TOKEN_TO_BE_REPLACED

Listening to Virginia Senator Richard Black talk realpolitik with zero BS gives me hope for the world! I didn’t know there was a serving Senator who speaks freely, like this! The 31-year military veteran who has spent a lot of time in Syria talks about the rogue CIA, Hillary’s murder of Libyan Ambassador Stevens, Barack Obama’s arming of ISIS and so much more with the weary yet sober demeanor of a wizened insider.

END_OF_DOCUMENT_TOKEN_TO_BE_REPLACED

In the aftermath of US-led missile strikes on Syria, the Western media has attempted to continue building the case for “US intervention.” 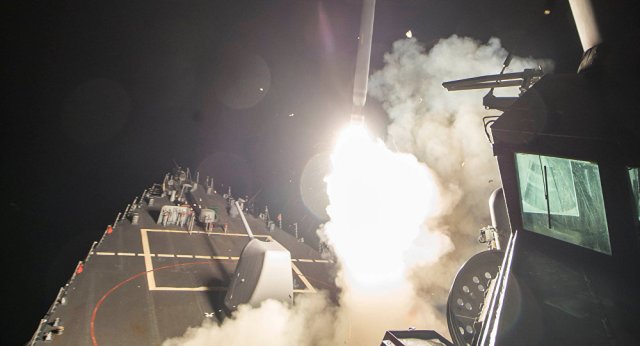 However, before the first agitators took to the streets in Syria in 2011, the US was already involved. END_OF_DOCUMENT_TOKEN_TO_BE_REPLACED

1. The United States, the UK and France launched air strikes on Syria this morning just as inspectors from the UN chemical weapons agency, the OPCW, had arrived to investigate whether a chemical weapons attack – the official justfication for the strikes – had taken place in Douma last week and, if so, who was responsible.

END_OF_DOCUMENT_TOKEN_TO_BE_REPLACED

Earlier, the Pentagon stated that Russia and Syria were trying to deny access to OPCW’s experts and hoped that the Syrian government would let them come to the location of the alleged attack

MOSCOW, April 14. /TASS/. The Pentagon report that experts from the Organization for the Prohibition of Chemical Weapons (OPCW) were denied access to Eastern Ghouta is utterly false, Maria Zakharova, Russian Foreign Ministry Spokeswoman stated on her Facebook page on Saturday. END_OF_DOCUMENT_TOKEN_TO_BE_REPLACED

Investigation by Inside Syria Media Center 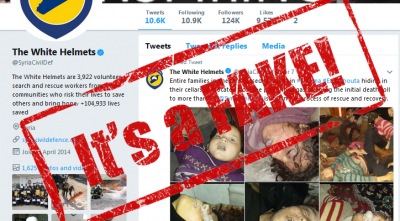 Not much time has elapsed since the tragedy in Syria’s Douma, which was the last stronghold of Jaish al-Islam militants.

Several videos with the testimony of participants of the so-called chemical attack started to appear on the Internet.

US and imperialist allies launch strikes against Syria
http://feedproxy.google.com/~r/TheGreanvillePost/~3/8botFzCkM-8/