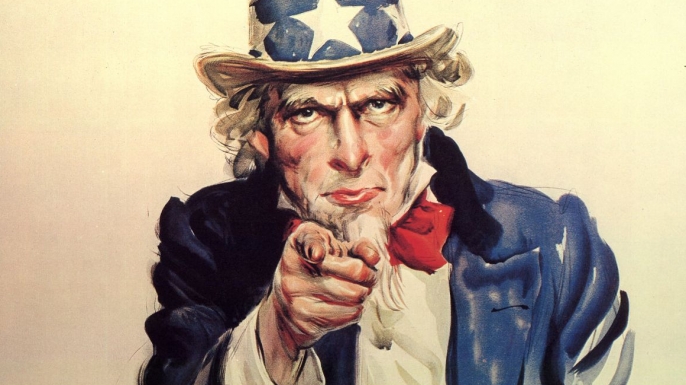 Imperialism is moving ahead with its war plan in Venezuela.

Samuel Moncada, the Venezuelan Ambassador to the UN, denounced an April 10-secret meeting at Washington D.C.’s Center for Strategic and International Studies where the use of militarized intervention in Venezuela centered the discussion.

“The worst part of this meeting is that there were people there such as Roger Noriega, who has publicly stated that he supports an army (of mercenaries) made up of Venezuelans and Colombians and paid with Citgo funds, who would go into Venezuela to help the United States and Colombia. In case it actually happens, the United States would occupy that “liberated territory, a territorial partition in Venezuela, like what happened in Libya,” said Moncada.

He made it clear that the U.S. is planning to allow U.S. President Donald Trump take all the credit for a “liberation” while the economic and mortal costs are paid for by Venezuelans killing themselves.

Journalist Max Blumenthal via the The GrayZone made these secret conspiratorial meetings against Venezuela public. The Venezuelan government has pledged to take their complaints to the proper international judicial bodies where necessary.

Roger Noriega, a U.S. diplomat with warmongering experience, “has experience with (Elliot) Abrams in making war in Nicaragua,” added the Venezuelan ambassador before the UN.

“Not one word the United States utters can be believed because they are a government at war. They are supporting assassination of a leader, a military coup, the collapse of Venezuela into a civil war, and an army of mercenaries,” he said referring to the situation in Venezuela.

US pushing for war with Venezuela

The U.S. President Donald Trump is secretly preparing for a war against the government of Venezuelan President Nicolás Maduro, said Samuel Moncada on his Twitter account.

“Trump’s war against Venezuela is in full swing even if its leaders deny it publicly. It is a clandestine multi-national operation, a crime on a large-scale that was planned in the U.S. capital,” Moncada tweeted.

The Venezuelan diplomat published a series of tweets that revealed last Wednesday in Washington “a sinister meeting that will be marked in the opprobrious history of the U.S. wars in the world.”

He stated that during this secret meeting on April 10, the U.S. administration discussed “how to launch a war against Venezuela.”

Moncada explained that it was the American journalist Max Blumenthal, via the publication “The Grayzone”, who revealed the meeting.

According to Moncada, some 40 persons, including Trump’s advisers on Venezuela, U.S. officials, diplomats and military personnel, attended the meeting.

Moncada revealed that among the diplomats attending the meeting was the Ambassador of Colombia in Washington, Francisco Santos.

“What does the Ambassador of Colombia do in a meeting where the war against Venezuela is being promoted?” Moncada asked.

Moncada concluded his tweets by saying, “the birds of prey do not recognize their participation in the criminal meeting in public. But his commitment to war is clear in the title of the invitation. The motive is to perpetrate crimes against humanity.”

The United States is ready to attack Venezuela by the end of the year, according to U.S. Southern Commander Craig S. Faller.

John Bolton, the U.S. National Security Advisor, stated in an interview “President Trump is determined not to see Venezuela fall under the sway of foreign powers.” He has a custom of refering to the racist Monroe Doctrine, which considers Latin America to be the U.S. backyard, where it can do as it pleases.

However, for the first time that a member of the U.S. military leadership has spoken out about a possible military intervention against Venezuela. Faller stated that the US military is “on the balls of our feet” and awaits instructions from President Donald Trump.

Faller refused to give further details about what exactly he meant, but compared the situation with war-torn Syria.

“The crisis in Venezuela could approach that degree by the end of this year if Maduro still remains in power,” he added.

Maduro was speaking in Caracas.

The Venezuelan president was reacting to statements made by Bolsonaro on April 8 during an interview at a local radio station. In the interview, the Brazilian head of state admitted that the U.S. and his country are both interested in dividing the Venezuelan army to get Maduro out of power.

“Let’s assume there is an invasion [in Venezuela]. Although the decision will be mine, I will listen to the National Defense Council and the Brazilian Parliament to take a de facto decision,” Bolsonaro said and added, “our intention, and the United States’ [intention], is to split the [Venezuelan] army because they are still supporting Maduro. The army decides whether a country lives in a democracy or in a dictatorship,” said the former military leader.

President Maduro described these “threats” as something “very worrying” and called on the Brazilian people and military forces to stop Bolsonaro’s adventure.

“Your threats are going to turn against you and everything you are doing against Venezuela is going to sink you. Jair Bolsonaro will dry up and go into oblivion, into history’s trash bin,” Maduro warned.

He said that Bolsonaro is “fascist,” a “Hitler copycat,” a “crazy, crazy, crazy guy who came to the presidency.”

Maduro also explained that Bolsonaro and Trump’s real intentions have to do with “abusing Venezuela in order to steal its riches.”