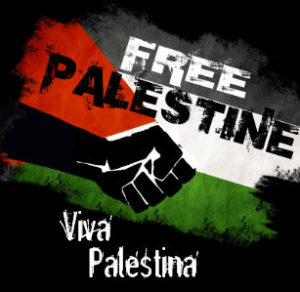 The smearing of George Galloway and widely reported disinformation that there was no evidence to support the claim that Viva Palestina delivered aid, raises serious concerns, not just in this case, but far beyond.

It is seriously disturbing how disinformation and lazy ‘cut and paste’ journalism has become common place within the monopoly media of the UK. One wonders where the professional and serious investigative reporting of old has gone.

END_OF_DOCUMENT_TOKEN_TO_BE_REPLACED

Former Labour Party MP George Galloway has held a series of meetings throughout Scotland calling for a “No” vote in the Scottish independence referendum scheduled for September 18.

END_OF_DOCUMENT_TOKEN_TO_BE_REPLACED

The United Kingdom has been co-opted by the United States to carry out illegal surveillance and spying on its own citizens and on European countries, their citizens and officials. According to UK Member of Parliament, George Galloway, the way that the UK spyies on and hacks the phones of European leaders, while being paid a very small amount, is a crime against the world. END_OF_DOCUMENT_TOKEN_TO_BE_REPLACED

END_OF_DOCUMENT_TOKEN_TO_BE_REPLACED

Save Us from the Liberal Hawks
By David Rieff
Cry havoc and let slip the dogs of (humanitarian) war.
http://www.informationclearinghouse.info/article30535.htm

END_OF_DOCUMENT_TOKEN_TO_BE_REPLACED

A phone-hacking scandal is exposing shady ties between the UK’s political elite and a right-wing media baron.

END_OF_DOCUMENT_TOKEN_TO_BE_REPLACED

BEIRUT: British MP George Galloway announced on Tuesday 23rd March the foundation of the first annual University of Palestine, due to take place in Lebanon each year to educate Lebanese and international students on the Palestinian cause.

“We are going to bring 500 students from all over the world to study intensively for one week the Palestinian question: the history, the geography the culture and the politics. They will come from America, Australia and I hope from all over the world, with a substantial number from here in Lebanon”, Galloway said.

“We will make excursions to the border, to the Palestinian camps, to places of interest. We will hold lectures and workshops, sporting and cultural events”, he added.

The summer university will take place for one week each year at the campus of the Lebanese International University in the Bekaa Valley. Galloway said many prominent international speakers were expected to attend, such as Noam Chomsky, Norman Finkelstein, Naomi Klein, Fadwa Barghouti, the wife of jailed Palestinian leader Marwan Barghouti, and Hizbullah spokesman Ibrahim Mousawi. The luminaries will give lectures, and plan the next 12 months of solidarity with the Palestinian people, according to Galloway.

Galloway also used the occasion to announce plans to break the blockade of Gaza later this year with a convoy of aid from Arab countries under the banner Viva Palestina Arabia.

The convoy will travel by sea from Turkey to the port of Gaza, led by Arab countries but including aid contributions from Viva Palestina campaigns in Britain, Turkey, America and Australia.

We are asking the Arab people to join us and see what they can do. We are appealing to the Arab world to act as their own public opinion, Galloway said Tuesday.

Galloways Viva Palestina campaign has delivered several convoys of aid to the Gaza Strip since its first trip from Britain in March 2009, most of them traveling by land or air to Egypt where they then crossed to Gaza through the Erez checkpoint. The last convoy was denied entry to the enclave by Egyptian authorities, leading to violent clashes between participants and security forces.

The ships will be loaded this time not with bread or medicine, which is all that has been allowed in across the land borders, as if the Palestinians in Gaza were animals in a zoo to be fed and kept alive; this time the ships will be loaded with building materials to rebuild houses, said Galloway, adding that the convoy would travel under the patronage of Turkish Premier Recep Tayyip Erdogan.

Galloway stressed the importance of the Palestinian solidarity movement in taking action at a time when Israeli policies are damaging chances of peace in the region.

Piece written by Richard Hall in the Daily Star in Lebanon

British lawmaker George Galloway has been a vocal critic of Israel and Egypt’s attempt to continue the blockade of the Gaza Strip.

Cairo has deported British lawmaker George Galloway, following clashes between a Gaza-bound aid convoy he was accompanying and Egyptian police.

The lawmaker was planning to return to Gaza via the Rafah crossing early Friday when several Egyptian plainclothes security forces detained him and bundled him into a plane and flew him to London.

A spokeswoman for the convoy said police intervened when Galloway and colleague Ron McKay arrived at the crossing.

“As soon as they emerged on to Egyptian soil, both men were forcibly pushed into a van, refused exit and told that they were leaving the country. They were then driven off in a police convoy,” the BBC quoted him as saying.

There are no comments from the Egyptian government on the deportation.

On Tuesday, Egyptian police harshly confronted a protest by Viva Palestina activists in the port of El-Arish, leaving some 60 people injured and arresting a number of them.

The scuffle followed Cairo’s refusal to allow aid vehicles to enter the Palestinian Gaza Strip — which has been under a paralyzing Israeli blockade since 2007 — making the convoy take a big detour and delaying its arrival.

Despite restrictions imposed by Egyptian authorities, the convoy finally managed to deliver nearly 200 aid trucks to Gaza after a month-long journey.

Galloway, the Bow and Bethnal Green lawmaker, and his team of international activists have sent three relief convoys into the Palestinian territory.

Israel’s move to keep border crossings with Gaza sealed off is further reinvigorated by Egypt’s refusal to open the Rafah crossing, the only border terminal not in Tel Aviv’s control.

Furthermore, Cairo has recently started building a steel wall on its border with the Gaza Strip to disrupt a network of cross-border tunnels, through which the Palestinians have been pushing in food, fuel and other essential necessities.

The United Nations Relief and Works Agency Commissioner-General, Karen Abu Zaid, has described the wall as more dangerous than the Bar Lev Line built by Israel along the eastern coast of the Suez Canal after it captured the Sinai Peninsula from Egypt during the 1967 six-day war.

George Galloway, the British MP leading the Viva Palestina international aid convoy to the Gaza Strip has been forced to leave Egypt, the group has said on its website.

Galloway was apparently picked up by Egyptian officials at the Rafah border crossing on Friday and driven to Cairo where he was placed on a flight back to London.

Galloway told Al Jazeera by telephone from the airport that he had been harassed by about 25 Egyptian police officer as he attempted to re-enter Gaza to join the rest of the Viva Palestina activists.

He said Egyptian officials told him he was being sent out of the country and was now “persona non grata”.

There was no immediate comment on the situation from Egyptian officials.

Galloway has been vocal in his criticism of Egyptian authorities in recent days after their decision not to allow the about 200 vehicles in the convoy to arrive in Egypt through the port at Nuweiba.

Cairo insisted that the aid be sent back through Syria and then by ferry to the port of El-Arish on the Mediterranean.

Seven other members of the Viva Palestinian convoy have also been ordered arrested after being accused of inciting riots in El-Arish.

The decision by the attorney-general in North Sinai means the activists could be detained after passing through the Rafah border crossing from Gaza.

It was not clear if they were in Egyptian custody on Friday.

Late on Tuesday, more than 50 people were wounded during a clash between Egyptian authorities and international members of the convoy.

The protests were sparked by an Egyptian decision to allow 139 vehicles to enter Gaza through the Rafah crossing, but requiring a remaining 59 vehicles to pass via Israel.

Afterwards, clashes between Egyptian security forces and Palestinians waiting for the aid convoy led to the death of one Egyptian policeman.

Israel and Egypt have severely restricted travel to and from the Gaza Strip since Hamas seized power there in June 2007, after winning Palestinian legislative elections in 2006.

The blockade currently allows only very basic supplies into Gaza.

The siege has severely restricted essential supplies and placed Gazans in a dire situation, made worse by Israel’s military assault last winter that reduced much of the territory to ruins.

George Galloway was deported from Cairo today despite wanting to return to Gaza to help members of a humanitarian convoy who have reportedly been arrested, a spokeswoman for the convoy said.

Plain clothes police officers bundled the Respect MP on to a plane bound for London, said a spokeswoman for the Viva Palestina convoy.

“Mr Galloway had been trying to return to Rafah after news broke that seven of the convoy members are said to have been arrested,” she said.

The incident began after Mr Galloway and his colleague, Ron McKay, arrived at the Rafah crossing from Gaza to Egypt.

“As soon as they emerged on to Egyptian soil, both men were forcibly pushed into a van, refused exit and told that they were leaving the country.

“They were then driven off in a police convoy.”

The aid convoy of 550 people from 17 countries was caught up in violent scenes on Tuesday, which they blamed on “heavy-handed policing” of the group.

The spokeswoman said 55 convoy members were injured and seven were arrested.

“Mr Galloway and Turkish MPs struck a deal with Egyptian authorities, part of which was that the seven detainees were released without charge.

“On the enforced drive to Cairo, news came through of the imminent arrest of the seven but, when Mr Galloway demanded to return to Rafah, permission was repeatedly denied.”

A spokesman for the Foreign Office said: “We will continue to offer consular assistance to anyone who needs it.”

Respect MP George Galloway has been deported from Egypt.

The Bow and Bethnal Green MP was reportedly trying to return to Gaza to help members of a humanitarian convoy who had been arrested.

A convoy spokeswoman said he had arrived at the Rafah crossing from Gaza to Egypt when he was driven off by police.

Mr Galloway spent the night in a cell in Egypt in 2006 after attending an anti-war event.