On Saturday 13 June 2020 The Times newspaper published its third attack on academics associated with researching British government propaganda and the war in Syria. This time the attack focused on smearing myself and Professor David Miller with the objective of discrediting an academic organization we established, the Organisation for Propaganda Studies (OPS), designed to foster research and writing on propaganda. END_OF_DOCUMENT_TOKEN_TO_BE_REPLACED

END_OF_DOCUMENT_TOKEN_TO_BE_REPLACED 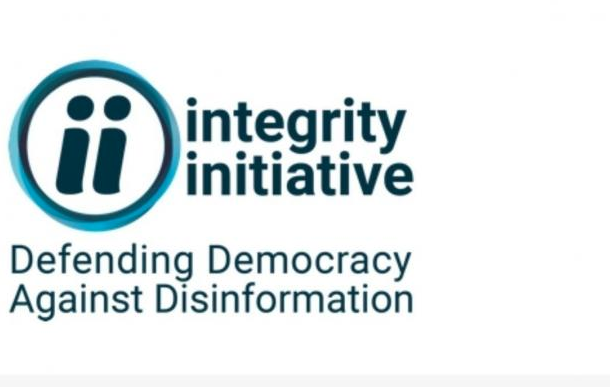 By Mark Curtis: The UK government-financed Integrity Initiative, managed by the Institute for Statecraft, is ostensibly a “counter disinformation” programme to challenge Russian information operations. However, it has been revealed that the Integrity Initiative twitter handle and some individuals associated with this programme have also been tweeting messages attacking Labour leader Jeremy Corbyn. [i]  This takes on special meaning in light of the numerous UK military and intelligence personnel associated with the programme, documented in an important briefing by academics in Working Group on Syria Propaganda and Media. [ii]

END_OF_DOCUMENT_TOKEN_TO_BE_REPLACED

Well, what d’you know, regular as clockwork, Russia is being blamed – again – for “sowing social division” in Western states. This time, it’s the ongoing nationwide public protests in France against economic austerity which some Western media outlets have claimed are being “amplified” by Russian influence.

END_OF_DOCUMENT_TOKEN_TO_BE_REPLACED

National newspapers were ‘unimpressed by Jeremy Corbyn’s victory’ in the Labour leadership election, Roy Greenslade noted in the Guardian, surprising no-one. Corbyn secured almost 62% of the 506,000 votes cast, up from the 59% share he won in 2015, ‘with virtually no press backing whatsoever’.

In reality, of course, Corbyn did not just lack press backing. He won in the face of more than one year of relentless corporate media campaigning to politically, ethically, professionally, psychologically and even sartorially discredit him. That Corbyn survived is impressive. That he won again, increased his vote-share, and took Labour Party membership from 200,000 to more than 500,000, is astonishing.

END_OF_DOCUMENT_TOKEN_TO_BE_REPLACED

The New York Times had an interesting piece on October 14 telling the story of José Bustani, the former director general of the intergovernmental Organization for the Prohibition of Chemical Weapons, who was ousted by the United States as part of the run up to the Iraq War.

As the story goes (and was reported at the time), Bustani had been working on getting Iraq  to agree to join the Chemical Weapons Convention. This was an unwelcome development for the Bush administration, since it could complicate efforts to invade Iraq based in part on its chemical weapons stockpile.

END_OF_DOCUMENT_TOKEN_TO_BE_REPLACED

The new Middle East online editor for BBC News has been praised by a pro-Israeli website for being “willing to listen to his critics” after he sent internal emails guiding BBC staff to write more favorably about Israel.

END_OF_DOCUMENT_TOKEN_TO_BE_REPLACED

The new Middle East online editor for BBC News has been praised by a pro-Israeli website for being “willing to listen to his critics” after he sent internal emails guiding BBC staff to write more favorably about Israel.

END_OF_DOCUMENT_TOKEN_TO_BE_REPLACED

According to the Times of London, British Prime Minister David Cameron suggested to his NATO partners the idea of assassinating President Bashar al-Assad and organizing a military coup in Damascus. [1]

In such a scenario, the new Syrian leader would break with the anti-Israeli resistance, while most of the Baathist apparatus would remain in power.

END_OF_DOCUMENT_TOKEN_TO_BE_REPLACED

The New York Times reports that an Israeli diplomat turned U.S. citizen – and now president of the war crimes tribunal at the Hague – has been pressuring the court to acquit [Israeli] officials accused of war crimes.

END_OF_DOCUMENT_TOKEN_TO_BE_REPLACED

The BBC is coming under increasing pressure from British Members of Parliament (MPs) and leading pro-Palestinian organizations over recent decisions that throw its impartiality in reporting on the Israeli occupation into serious doubt.