Research broadens concerns over the impact of the world’s most common weed-killer. Nick Carne reports

There’s more bad news for glyphosate, the active ingredient of Roundup, with a recent study suggesting the widely used weed-killer might be contributing to the death of honey bees and native bees around the world.

END_OF_DOCUMENT_TOKEN_TO_BE_REPLACED

The propaganda of the Trump administration says that all must fear those ghastly Iranian missiles:
END_OF_DOCUMENT_TOKEN_TO_BE_REPLACED

After reading The New York Times piece “The Plot to Subvert an Election” I put the paper down with a single question.

Why, after two years of allegations, indictments, and claims to proof of this, that, and the other did the newspaper of record—well, once the newspaper of record—see any need to publish such a piece? My answer is simple: The orthodox account of Russia-gate has not taken hold: It has failed in its effort to establish a consensus of certainty among Americans. My conclusion matches this observation: The orthodox narrative is never going to achieve this objective. There are too many holes in it.

END_OF_DOCUMENT_TOKEN_TO_BE_REPLACED 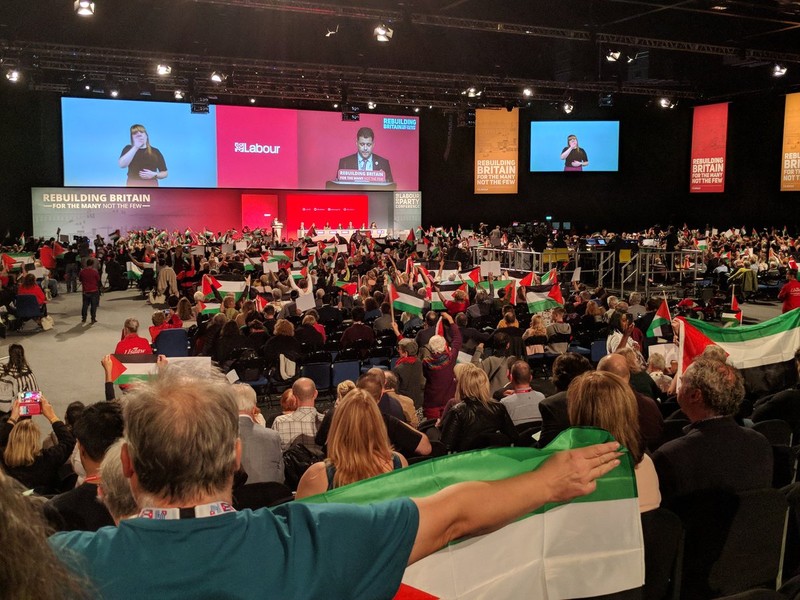 Delegates listen as Colin Monehen, a delegate from Harlow, proposes the motion to end British arms sales to Israel, at the Labour Party conference in Liverpool, 25 September. – Asa Winstanley

In a historic move, the Labour Party’s annual conference on Tuesday voted to end UK arms sales to Israel.

But The Electronic Intifada has learned that Emily Thornberry, the woman who would become foreign minister were a Labour government elected tomorrow, had privately tried to scupper the motion.

END_OF_DOCUMENT_TOKEN_TO_BE_REPLACED

President Trump had the opportunity to address the UN General Assembly opening for the second time, which he used to brag and lie, says Phyllis Bennis, of the Institute for Policy Studies (inc. transcript)

END_OF_DOCUMENT_TOKEN_TO_BE_REPLACED

In his second appearance before the United Nations General Assembly Tuesday, US President Donald Trump delivered a fascistic tirade, threatening military aggression and all-out trade war, while invoking retrograde nationalism, “sovereignty” and “patriotism” as the only way forward in confronting the immense problems confronting humanity.

END_OF_DOCUMENT_TOKEN_TO_BE_REPLACED

Before Pointing its Finger at Russia and Syria, the U.S. Should Answer for Its Own Chemical and Biological Weapons Record

Ambassador Nikki Haley has warned Syria, Iran and Russia that they will be held accountable for their pre-determined use of chemical weapons in Idlib on innocent civilians. No evidence was provided to support her threats. The United States carried out cruise missile strikes on two previous occasions, and each time provided no evidence to prove their assertion that the Syrian government used chemical weapons in attacking civilians, nor was any rational reason given for such an obviously irrational decision on the part of the Syrian state. END_OF_DOCUMENT_TOKEN_TO_BE_REPLACED

25 September 2018 — OurNHS
Greg Dropkin and Samantha Wathen
The government plans to exclude 17 important medical treatments from the NHS across the whole of England, with more restrictions in the pipeline. A consultation on the proposals is open til this Friday.