Hitler ended the German nuclear weapons program in 1942 when told it could end life on Earth—the Americans were willing to take the risk; since the end of WWII the Cold War was to a very large extent, from beginning to end, a marketing campaign for subsidization of the aerospace industry, says Daniel Ellsberg on Reality Asserts Itself with Paul Jay (inc. transcript)
END_OF_DOCUMENT_TOKEN_TO_BE_REPLACED

There was little on offer in yesterday’s budget to meaningfully help struggling hospitals, health and social care services. So it’s up to us to organise.

Yesterday’s budget was a government playing to the gallery, desperately hoping to distract from its role in creating what promises to be the worse winter crisis since records began.

END_OF_DOCUMENT_TOKEN_TO_BE_REPLACED

Canada’s decision to welcome White Helmets terrorists evacuated from Syria is consistent with Canada’s overall strategy throughout the course of this criminal “Regime Change” war against Syria, a founding member of the United Nations, according to Mark Taliano, the Canadian political analyst and Research Associate at Global research.

END_OF_DOCUMENT_TOKEN_TO_BE_REPLACED

Every day around 93% of the world’s children under the age of 15 years (1.8 billion children) breathe air that is so polluted it puts their health and development at serious risk. Tragically, many of them die: the World Health Organization estimates that in 2016, 600,000 children died from acute lower respiratory infections caused by polluted air.

END_OF_DOCUMENT_TOKEN_TO_BE_REPLACED

DRONE WARFARE: now including all airstrikes

In June, Mark Bridge reported that Google software engineers refused to work on a security feature to isolate and protect Pentagon data, because of moral concerns about the company helping the US to wage war. A dozen employees resigned in May according to Engadget and 4000 staff signed a petition against the project which was halted.

END_OF_DOCUMENT_TOKEN_TO_BE_REPLACED

The destruction of the National Health Service (NHS) continues apace, with outsourcing one of the most effective methods of diverting public assets into private hands.

At the start of the month, 250 NHS estates, procurement and facilities staff working at East Kent Hospitals had their jobs outsourced to a subsidiary company, 2together Support Solutions. This follows a four-day strike at the end of September by affected staff, after 85 percent of them voted in favour of a strike.

END_OF_DOCUMENT_TOKEN_TO_BE_REPLACED

Two recent stories about Russians have demonstrated how the news is selected and manipulated in the United States. The first is about Maria Butina, who apparently sought to overthrow American democracy, such as it is, by obtaining a life membership in the National Rifle Association. Maria, a graduate student at American University, is now in detention in a federal prison, having been charged with collusion and failure to register as an agent of the Russian Federation. She has been in prison since July, for most of the time in solitary confinement, and has not been granted bail because, as a Russian citizen, she is considered to be a “flight risk.”

END_OF_DOCUMENT_TOKEN_TO_BE_REPLACED 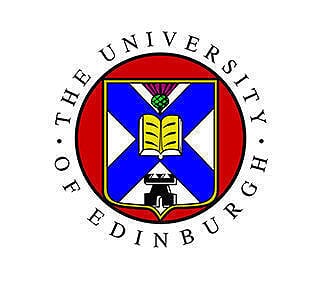 END_OF_DOCUMENT_TOKEN_TO_BE_REPLACED

The quadrilateral summit in Istanbul on Syria has endorsed the political advances of Russia, but has decided nothing. Moscow gave its Turkish, French and German partners a lesson on the situation. The allies of Washington are having a hard time digesting their defeat and drawing its conclusions.

END_OF_DOCUMENT_TOKEN_TO_BE_REPLACED

Far-right politician Jair Bolsonaro has won the Brazilian presidential elections with over 55 percent of the vote beating leftist Fernando Haddad who scored 44.3 percent in the country’s most polarized elections in decades.
END_OF_DOCUMENT_TOKEN_TO_BE_REPLACED

On Reality Asserts Itself, Daniel Ellsberg tells host Paul Jay that US intelligence agencies knew that Stalin was not planning to invade Western Europe or seek world domination, but based on the myth, the world came close to nuclear war – and it’s all happening again (inc. Transcript) END_OF_DOCUMENT_TOKEN_TO_BE_REPLACED

Over the past two weeks, campaigners have been in New York taking part in meetings at the UN urging diplomats to control the proliferation and use of armed drones.  Drone Wars UK was one of the more than 50 organisations signing a joint statement released to coincide with the meetings.  Here in the UK, despite freezing wet weather, campaigners also held a protest at RAF Waddington in Lincolnshire calling for an end to the growing use of armed drones.

END_OF_DOCUMENT_TOKEN_TO_BE_REPLACED

27 October 2018 — Centro Voices
[I have to own up to more than a passing connection to Jerry Gonzālez, one because I was designer and constructor of El Museo del Barrio in East Harlem for six years, under the direction of my dear friend and colleague, Jack Aguéros (who is sadly, no longer with us).  And two, because I used be part of the team that produced the Centro Buletin, from which this essay is taken and I knew Jerry, if only in passing but had also worked on another long essay that the Centro Buletin produced in 1989 on Jerry and Andy, his brother and the Fort Apache Band. But above all, Jerry left us his music which will never die. Read on… W.B.]

END_OF_DOCUMENT_TOKEN_TO_BE_REPLACED

There is growing clarity about the denouement to the Jamal Khashoggi affair. The strong likelihood – a virtual certainty, one may say – is that the Saudi regime has weathered the storm. But issues remain.

END_OF_DOCUMENT_TOKEN_TO_BE_REPLACED

The EU is racing towards imposing Link Taxes and Censorship Machines that will fundamentally change the internet as we know it.

More and more the EU nations are coming out in favour of including Link Taxes and Censorship Machines.1We need to act now to alert voters across the continent about how this sweeping copyright legislation will stop people from sharing links and posting information, even on our own news feeds.2

END_OF_DOCUMENT_TOKEN_TO_BE_REPLACED

On October 10, 2018, Kang Kyung-wha, the South Korean foreign minister, during parliamentary investigations into the activities of her ministry, stated that Seoul is looking at the possibility of lifting the unilateral sanctions that were imposed on North Korea on May 24, 2010 in response to the sinking of the South Korean patrol ship Cheonan in the Yellow Sea. She added that lifting the sanctions could be an important symbolic step.