Julian Assange (left) and Chelsea Manning (right) in custody after leaking (Manning) and publishing (Assange) atrocities of the U.S. government

In the USA of 2019, truth itself has become a radical act, and to be motivated by belief, instead of profit and corporate power, is to say the least, rare. Chelsea Elizabeth Manning is indeed one of those rare examples of a 21st century truth teller who has been jailed once again – having already served seven years in Leavenworth, two years in solitary – for standing up for what she believes. That Manning, who transitioned into womanhood behind bars, was taken into custody and locked down again on International Women’s Day, is almost overwhelming.

“In solidarity with many activists facing the odds,” Manning told the Court, in her public refusal to appear before the grand jury investigating WikiLeaks, “I will stand by my principles. I will exhaust every legal remedy available.  My legal team continues to challenge the secrecy of these proceedings and I am prepared to face the consequences of my refusal.”

In 2013, Manning made available thousands of classified documents to WikiLeaks that revealed the abject brutality of the policies that U.S. military commanders were using in order to pacify the Iraqi population. Among the most damning was top secret video footage that came to be known as “Collateral Murder,” which revealed a U.S. helicopter gunship getting the go ahead to gun down innocents, including a couple of journalists from Reuters.

Manning was found guilty of espionage and, in August 2013, sentenced to 35 years in Fort Leavenworth. On January 17, 2017, President Barack Obama commuted Manning’s remaining sentence, and she was released from prison on May 17, 2017. Less than two years later, Chelsea Manning is back behind bars, staring at an indefinite jail sentence, which could last the length of as many witch-hunt grand juries that prosecutors want to convene in holding Manning’s political feet to the fire.

I spoke to Emmy Award-winning filmmaker and legendary muckraker John Pilger on March 12th about the re-imprisonment of Manning, and what it portends for our country and our world, that someone such as Manning should be derided and locked down again, instead of being celebrated as the rare example of someone standing by the courage of her convictions.

Dennis Bernstein: It’s good to talk to you again John, but the occasion is troubling. Chelsea Manning back behind bars, jailed on International Women’s Day. Before being taken into custody, she told the court and the world:  “… I will stand by my principles… I am prepared to face the consequences of my refusal.”  Manning is back in jail now facing those consequences. Give us your gut response. What is happening here? How do you see it?

John Pilger: Here is someone saying publicly that they are prepared to go to prison in order to stand by their principles!  In one sense, it is thrilling to hear Chelsea Manning say that but, of course, there are great dangers for her personally.  She needs particular care in prison.  The injustice of her being sent to prison is especially telling. 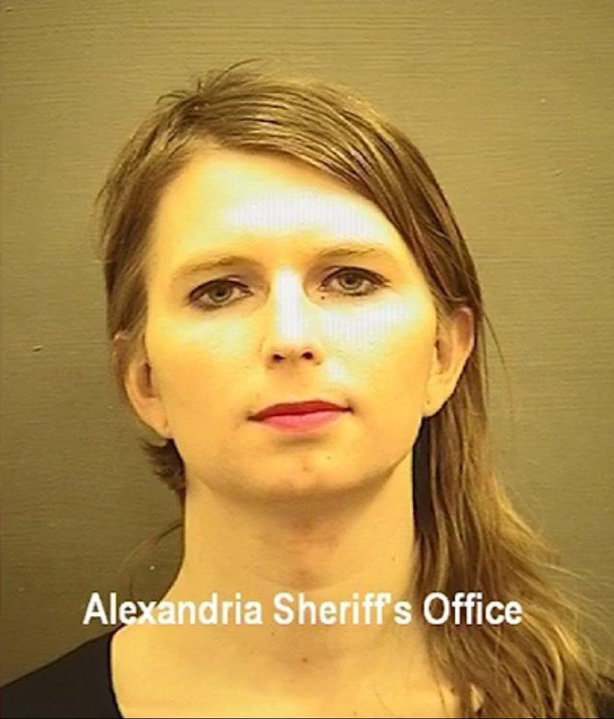 It seems that in the United States these days any injustice is okay.  This injustice goes back to an archaic relic of the twelfth century, when the first grand jury was implemented by King Henry II in England.  He used it for enforcing what he called “the king’s peace.” It persisted in common law jurisdiction throughout the world but was abandoned as something out-of-date.  In Britain it was abandoned in 1948.  The only two countries that kept it were the United States and Liberia.  It is not at all like the common conception of a jury trial.

When the U.S. government wants to prosecute politically, it uses a grand jury in the Eastern District of Virginia, a dormitory town for the national security establishment of the United States: the CIA, the NSA and the Pentagon.  All living side by side in suburban bliss.  That’s who make up these grand juries.  They have star chamber powers.  For one thing, you give up your right to silence, the very basis of justice.  For this judge to jail Chelsea Manning for contempt, it is the system that is jailing him which is contemptible.  This is important to understand:  It is abusing the law in order to catch people for political reasons.

The problem is that the government cannot concoct a satisfactory charge against Julian Assange.  With espionage you have to prove deliberate intent and so, once it goes into a courtroom, it is certain to fail.  So they have tried to concoct other charges.  Of course, Julian Assange has committed no crime.  He’s done no more than the New York Timesdid and many other newspapers in the United States and around the world, by publishing the leaks.

As for Chelsea Manning, she was very open about what she had done. She was in the literal sense a conscientious objector.  She was affronted by what she saw as an intelligence officer in Iraq and she exposed the practices, particularly the “Collateral Murder” video. What they tried to do was make a direct connection in her trial between her and Julian Assange.  Well, they failed.  Yes, she leaked it through WikiLeaks, but WikiLeaks has an encryption system that allows people to leak material anonymously.  So, on WikiLeaks’ end, they don’t know who it is.  They tried to show there was a direct link between WikiLeaks and Chelsea Manning, that there was a conspiracy, but they couldn’t do it.  All they are doing is interrogating Chelsea Manning all over again.  What they are doing is relying on one’s normal flawed memory so that they can trip her up.  But she has answered all the questions.  I think it is wonderful to hear Chelsea Manning’s resolve, that she is prepared to be imprisoned again in order to stand by her principles.

DB: Of course, we fear for her, but her decision really does set an example of a consistent way to live, in this time when truth itself has become a radical act.  It is interesting that she was jailed again on International Women’s Day.  This is someone who essentially became a woman in solitary confinement.

JP: It brings to mind a question, a question many so-called activists in the United States and elsewhere have to ask themselves:  Where were they in regards to Chelsea Manning?  Why were there only ten people outside the courthouse?  Where is Amnesty International, where are the women’s groups, the LGBT groups?  Where are the Pride people?  Why aren’t they massing in support of Chelsea Manning?  This is the most significant act of principle, an inspiration to all decent people.  People should be in the streets.

JP: I think we can beat our heads on the media brick wall. The media is part of an oppressive system.  It is an extension of the established order.  These days it lacks something it used to have and that is space for free and fair comment.  Right across the corporate media, these spaces have evaporated.  And so the media are part of a system.  They have shown this is the most grotesque way by the persecution of Julian Assange, the slandering of him, the distortion of the facts of his case.  It was also shown during the court martial of Chelsea Manning.  There were often empty seats.  Sometimes there might be one agency person, some days there were none. It wasn’t considered important enough.

I think that our protest against the media should be more of a direct action now: Occupy their spaces, occupy their buildings, confront them.  But asking ourselves over and over again why they do this doesn’t lead us anywhere.  Those of us who preserve human decency, outside oppressive governments and outside oppressive media, have to ask ourselves what we are doing about it? Where is the resistance?  The Chelsea Manning/Julian Assange case goes to the very heart of everything.  It is about freedom, it is about justice, it is about the law and its misuse, it is about right and wrong.  If there is going to be any real debate, we have to do it on our own terms, not through the hopeless cipher of the corporate media.

DB: What do you think was the significance of the release of that video?  Did it influence the course of the war or our understanding of the war that the U.S. was fighting in Iraq?

JP: There had been other shocking visual evidence of criminal action during war.  The Collateral Murder video helped refine this criminality.  It had a hideous theatrical quality about it.  And it came at a time of social media.  The impact was almost universal.  It forced people to really think about what a military does when it invades a country.  What it does in a civilian situation.  The homicidal aspect of militarization, of murdering people 360 degrees, of free-fire zones and all the rest of it that we saw in Vietnam has been carried on through the post-Vietnam invasions.  The Collateral Murder video is one of the most significant pieces of evidence condemning the U.S. military, and Chelsea Manning performed an extraordinary public service, as did WikiLeaks in disseminating it. 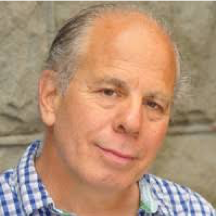 Dennis J. Bernstein is an award-winning investigative reporter, a member of the CovertAction Magazine (CAM) Board of Advisors and a veteran writer for CAM (see issues # 28, 29, 64, 73). He is the host and executive producer of Flashpoints, an award-winning front-line investigative news magazine focusing on human, civil and workers’ rights, issues of war and peace, global warming, racism and poverty. Dennis also writes for Consortium News, The Progressive, and Truthout. 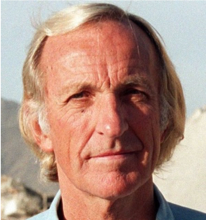 John Richard Pilger, based in the United Kingdom, is an Australian journalist and award-winning documentary filmmaker. Pilger is a strong critic of American, Australian and British foreign policy—a policy which he considers to be driven by an imperialist agenda. Pilger has also criticized his native country’s treatment of Indigenous Australians. In the British print media, Pilger worked at the Daily Mirror from 1963 to 1986 and wrote a regular column for the New Statesman magazine from 1991 to 2014. Pilger won the Britain’s Journalist of the Year Award in 1967 and 1979. His documentaries have gained awards worldwide. The practices of the mainstream media are a regular subject in Pilger’s writing.