[The link above may or may not work. I lucked out and got the text. B]

RT has pointed out the ‘absurdity’ of UK media regulator Ofcom’s decision to find the Russian outlet guilty of violating broadcasting rules months after revoking its license. In a statement on Monday, RT also questioned how British authorities planned to further punish the already sanctioned company.

END_OF_DOCUMENT_TOKEN_TO_BE_REPLACED

The long-awaited UK ‘Russia Report’, whose publication was delayed by 10 months by Boris Johnson, was finally released this week by the Westminster Intelligence and Security Committee, much to the excitement of those keen to demonstrate alleged ‘Russian interference’ in the 2016 EU referendum. However Britain’s ‘Russiagate’ has been something of a damp squib compared to the detailed, long-drawn Muller report across the Atlantic. In fact, anyone who was expecting any detail regarding the allegations of Russian interference would be sorely disappointed.

END_OF_DOCUMENT_TOKEN_TO_BE_REPLACED

The much hyped Russia Report, detailing supposed foreign interference in British democracy has been released. The story is the number one topic in the United Kingdom right now, with new Labour leader Keir Starmer calling for Russian TV network RT to be kicked out of the country, and promising to make this new national security threat top priority.

END_OF_DOCUMENT_TOKEN_TO_BE_REPLACED

British media regulator Ofcom announced today its decision to impose a £200,000 fine on RT for what it referred to as serious failures to comply with broadcasting rules. Ofcom’s investigation found that RT “failed to preserve due impartiality” in seven news and current affairs programmes between March 17 and April 26, 2018. In its statement, the regulator voiced concern over the frequency of rule-breaking over a relatively short period of time.

END_OF_DOCUMENT_TOKEN_TO_BE_REPLACED

The British government appears to be more and more aping a Monty Python-type farce with each passing day. Soon the absurd ensemble will be complete if either Boris Johnson or Jeremy Hunt becomes the next prime minister.

END_OF_DOCUMENT_TOKEN_TO_BE_REPLACED

The UK is currently hosting the inaugural Global Media Freedom Conference, a joint project between the British and Canadian governments. You can read the aims and itinerary on the government’s website, here.

Chrystia Freeland, Canadian Minister of Foreign Affairs, and Jeremy Hunt, the UK Foreign Secretary, will co-host the conference. It is part of an international campaign to shine a global spotlight on media freedom and increase the cost to those that are attempting to restrict it.

END_OF_DOCUMENT_TOKEN_TO_BE_REPLACED

The British Foreign Office has banned Russian outlets RT and Sputnik from attending the upcoming Global Conference on Media Freedom in London, citing their predilection for “disinformation”.

END_OF_DOCUMENT_TOKEN_TO_BE_REPLACED 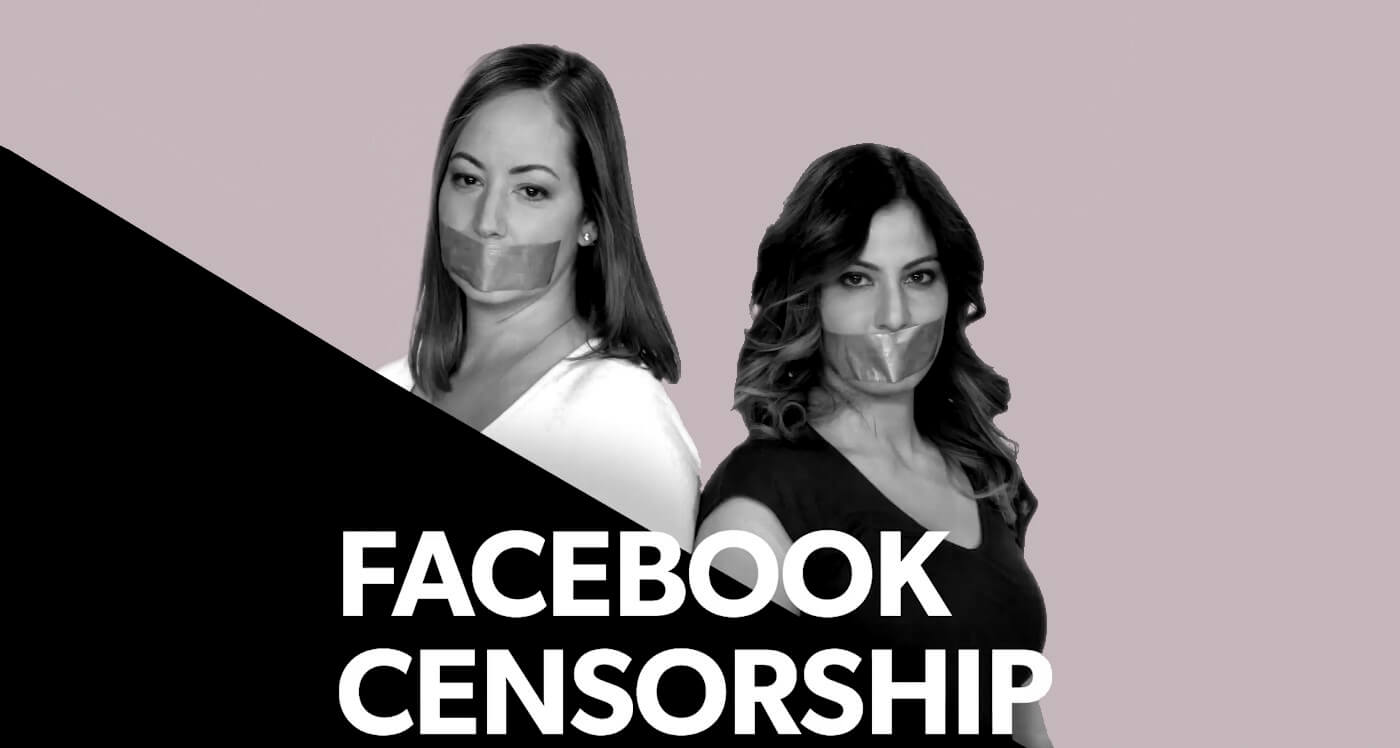 “CNN manufactured a story: They investigated us, then got Facebook to censor us due to our funding source and then boom, they had a story about a Russian-funded outlet getting banned by Facebook.” — In The Now host Rania Khalek

END_OF_DOCUMENT_TOKEN_TO_BE_REPLACED

On this episode of Going Underground, legendary journalist John Pilger discusses Syria and it’s ally Iran and the Trump administration’s policies towards the two countries, the Venezuela crisis, Julian Assange, austerity and the concept of approved news and unapproved opinions!

END_OF_DOCUMENT_TOKEN_TO_BE_REPLACED

Rolling Stone writer Matt Taibibi calls Alex Jones “the media equivalent of a trench-coated stalker who jumps out from behind a mailbox and starts whacking it in an intersection.” Good description but he rightly warned that “Censorship Does Not End We.”

Shortly after Alex Jones was kicked off Facebook, Twitter, and YouTube, New York City residents let me know via email and Twitter that the Russian cable news outlet RT was gone in their area. They all reported the screen message, “Programming on this network is no longer available.” One said that he had called Spectrum customer service, where a representative confirmed that RT was no longer available, but with no further information. He complained and the rep said she’d pass it upstairs.

END_OF_DOCUMENT_TOKEN_TO_BE_REPLACED

A few years ago the story of former Russian double agent Sergei Skripal allegedly being poisoned with a deadly nerve agent in the UK supposedly by the Russian state, would have shook geopolitics and placed immense pressure on Moscow. END_OF_DOCUMENT_TOKEN_TO_BE_REPLACED

Google is escalating its campaign of internet censorship, announcing that it will expand its workforce of human censors to over 10,000, the internet giant announced on December 4. The censors’ primary focus will be videos and other content on YouTube, its video-sharing platform, but will work across Google to censor content and train its automated systems, which remove videos at a rate four times faster than its human employees.

END_OF_DOCUMENT_TOKEN_TO_BE_REPLACED

A few days before the Halloween hearings held by the Senate Judiciary Subcommittee on Crime and Terrorism, where powerful tech companies would provide testimony about their roles disseminating “fake news” during the 2016 election, Twitter announced it would no longer accept advertising from the Russian government-sponsored broadcast channel Russia Today (RT), or the state-owned Sputnik.

In a Twitter PublicPolicy blog post (10/26/17), the company said it would “off-board advertising from all accounts” owned by RT and Sputnik. The decision was based on its own assessment of the 2016 US election “and the US intelligence community’s conclusion that both RT and Sputnik attempted to interfere with the election on behalf of the Russian government.” As substantiation, Twitter merely provided a link to the January 6, 2017, intelligence report (ODNI).

END_OF_DOCUMENT_TOKEN_TO_BE_REPLACED

All but admitting that Google is engaged in censorship, Eric Schmidt, executive chairman of Google’s parent company Alphabet, announced that Google will create algorithms designed to “de-rank” web sites such as RT and Sputnik on its news delivery services.

In a question and answer session at the Halifax International Security Forum in Canada over the weekend, Schmidt laid out Google’s intentions. When asked if the internet giant had a role in preventing the “manipulation of information,” Schmidt stated, “We are working on detecting and de-ranking those kinds of sites—it’s basically RT and Sputnik.”

END_OF_DOCUMENT_TOKEN_TO_BE_REPLACED

RT, the Russia-based oppositional TV and Internet broadcaster, announced Thursday that the US Department of Justice has forced it to register as a “foreign agent” under the Foreign Agents Registration Act (FARA). Washington has given the outlet until Monday to register as a foreign agent or its director could be arrested and its assets frozen.

END_OF_DOCUMENT_TOKEN_TO_BE_REPLACED

Is it news or propaganda? And what about the First Amendment?

Somehow everything keeps coming back around to Russia. In one of its recent initiatives, the Justice Department (DOJ) appears to be attacking the First Amendment as part of the apparent bipartisan program to make Vladimir Putin the fall guy for everything that goes wrong in Washington. In the past month, the DOJ has revealed that the FBI is investigating Russian owned news outlets Sputnik News and RT International and has sent letters to the latter demanding that one of its business affiliates register as a foreign agent by October 17th. The apparent line of inquiry that the Bureau is pursuing is that both are agencies of the Russian government and that both have been spreading disinformation that is intended to discredit the United States government and its institutions. This alleged action would make them, in the DOJ view, a propaganda arm of a foreign government rather than a news service. It also makes them subject to Department of the Treasury oversight under the Foreign Agents Registration Act of 1938.

END_OF_DOCUMENT_TOKEN_TO_BE_REPLACED

The US intelligence community looks at RT programming.

The much-anticipated Office of the Director of Intelligence (DNI) Report—the combined assessment of the CIA, FBI, DHS and others—on alleged attempts by Russia to influence the 2016 election was released on Friday to a combination of uncritical boosting and underwhelmed perplexity. To many, it was further proof of Russia’s involvement in the DNC and Podesta hacks; to others–even to typically bullish Daily Beast–it was remarkably thin on details and evidence.