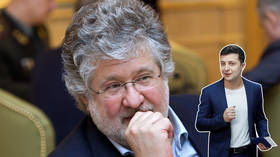 It doesn’t actually matter if Ukrainian-Israeli billionaire Igor Kolomoisky is the real power behind Volodymyr Zelensky – the president elect has to get rid of the oligarch if he is to make a break with the country’s corrupt past.

The plots, deceits and conflicts of interest in Ukrainian politics are so transparent and hyperbolic, that to say that novice politician Zelensky was a protégé of his long-time employer was not something that required months of local investigative journalism – it was just out there.

Zelensky’s comedy troupe has been on Kolomoisky’s top-rated channel for the past eight years, and his media asset spent every possible resource promoting the contender against incumbent Petro Poroshenko, a personal enemy of the tycoon, who hasn’t even risked entering Ukraine in the past months.

Similarly, the millions and the nous needed to run a presidential campaign in a country of nearly 50 million people had to come from somewhere, and Kolomoisky’s lieutenants were said to be in all key posts. The two issued half-hearted denials that one was a frontman for the other, insisting that they were business partners with a cordial working relationship, but voters had to take their word for it.Now that the supposed scheme has paid off with Zelensky’s spectacular victory in Sunday’s run-off, Ukrainian voters are asking: what does Kolomoisky want now, and will he be allowed to run the show?

Born in 1963, in a family of two Jewish engineers, Kolomoisky is the type of businessman that was once the staple of the post-Soviet public sphere, but represents a dying breed.

That is, he is not an entrepreneur in the established Western sense at all – he did not go from a Soviet bloc apartment to Lake Geneva villas by inventing a new product, or even setting up an efficient business structure in an existing field.

Rather he is an opportunist who got wealthy by skilfully reading trends as the Soviet economy opened up – selling Western-made computers in the late 1980s – and later when independent Ukraine transitioned to a market economy and Kolomoisky managed to get his hands on a large amount of privatisation vouchers that put many of the juiciest local metals and energy concerns into his hands, which he then modernised.

What he possesses is a chutzpah and unscrupulousness that is rare even among his peers. Vladimir Putin once called him a “one-of-a-kind chancer” who managed to “swindle [Chelsea owner] Roman Abramovich himself.” In the perma-chaos of Ukrainian law and politics, where all moves are always on the table, his tactical acumen has got him ahead.

Kolomoisky’s lifeblood is connections and power rather than any pure profit on the balance sheet, though no one actually knows how that would read, as the Privat Group he part-owns is reported to own over 100 businesses in dozens of Ukrainian spheres through a complex network of offshore companies and obscure intermediaries (“There is no Privat Group, it is a media confection,” the oligarch himself says, straight-faced.)

Unsurprisingly, he has been dabbling in politics for decades, particularly following the first Orange Revolution in 2004. Though the vehicles for his support have not been noted for a particular ideological consistency – in reportedly backing Viktor Yushchenko, then Yulia Tymoshenko, he was merely putting his millions on what he thought would be a winning horse. 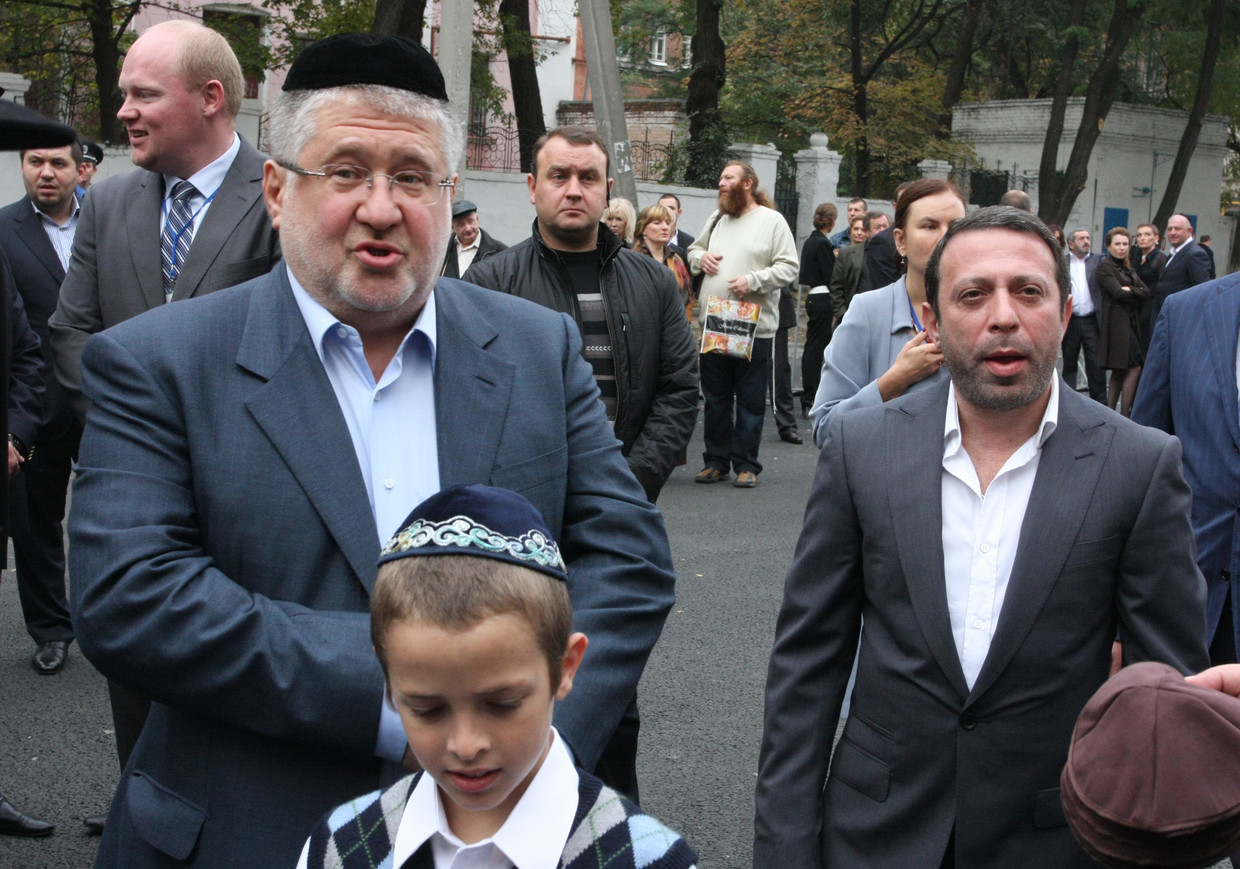 Kolomoisky attends a Jewish community event in his home region of Dnepropetrovsk. ©  Sputnik/Stringer

But at some point in the post-Maidan euphoria, Kolomoisky’s narcissism got the better of him, and he accepted a post as the governor of his home region of Dnepropetrovsk, in 2014.

The qualities that might have made him a tolerable rogue on TV, began to grate in a more official role. From his penchant for using the political arena to settle his business disputes, to creating his own paramilitary force by sponsoring anti-Russian battalions out of his own pocket, to his somewhat charmless habit of grilling and threatening to put in prison those less powerful than him in fits of pique (“You wait for me out here like a wife for a cheating husband,” begins a viral expletive-strewn rant against an overwhelmed Radio Free Europe reporter).

There is a temptation here for a comparison with a Donald Trump given a developing country to play with, but for all of the shenanigans, his ideological views have always been relatively straightforward. Despite his Russia-loathing patriotism, not even his fans know what Kolomoisky stands for.

The oligarch fell out with fellow billionaire Poroshenko in early 2015, following a battle over the control of a large oil transport company between the state and the governor. The following year, his Privat Bank, which at one point handled one in four financial transactions in the country was nationalized, though the government said that Kolomoisky had turned it into a mere shell by giving $5 billion of its savings to Privat Group companies. 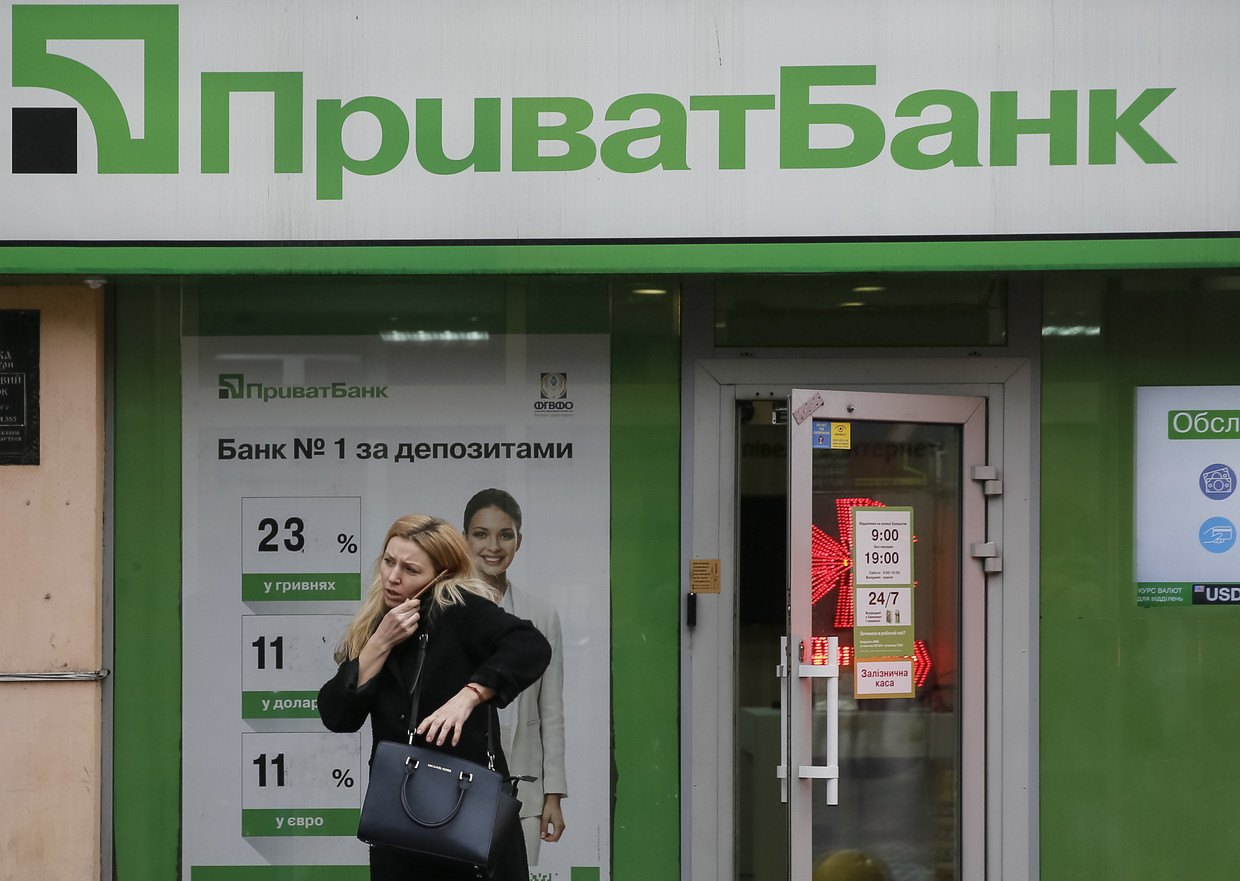 A branch of Kolomoisky’s Privat Bank, which has been nationalized, only for the decision to be overturned. ©  REUTERS/Gleb Garanich

Other significant assets were seized, the government took to London to launch a case against his international companies, and though never banished, Kolomoisky himself decided it would be safer if he spent as long as necessary jetting between his adopted homes in Switzerland and Tel Aviv, with the occasional trip to London for the foreseeable future.

But the adventurer falls – and rises again. The London case has been dropped due to lack of jurisdiction, and only last week a ruling came shockingly overturning the three-year-old nationalization of Privat Bank.

Smiling to himself, Kolomoisky would be within his rights to think that he has never had it so good.

Zelensky must disabuse him of that notion.

It doesn’t matter that they are friends. Or what handshake agreements they made beforehand. Or that he travelled to Geneva and Tel-Aviv 13 times in the past two years. Or what kompromat Kolomoisky may or may not have on him. It doesn’t matter that his head of security is the man who, for years, guarded the oligarch, and that he may quite genuinely fear for his own safety (it’s not like nothing bad has ever happened to Ukrainian presidents).

Volodymyr Zelensky is now the leader of a large country, with the backing of 13.5 million voters. It is to them that he promised a break with past bribery, graft and cronyism. Even by tolerating one man – and one who makes Poroshenko look wholesome – next to him, he discredits all of that. He will have the support of the people if he pits himself against the puppet master – no one would have elected Kolomoisky in his stead.

Whether the oligarch is told to stay away, whether Ukraine enables the financial fraud investigation into him that has been opened by the FBI, or if he is just treated to the letter of the law, all will be good enough. This is the first and main test, and millions who were prepared to accept the legal fiction of the independent candidate two months ago, will now want to see reality to match. Zelensky’s TV president protagonist in Servant of the People – also broadcast by Kolomoisky’s channel, obviously, would never have compromised like that.

What hinges on this is not just the fate of Zelensky’s presidency, but the chance for Ukraine to restore battered faith in its democracy shaken by a succession of compromised failures at the helm.