The Trump administration is refusing to waive immunity for the wife of a senior US spy, who fled the UK after she was involved in a head-on collision more than a month ago that killed 19-year-old Harry Dunn.

Anne Sacoolas, 42, is wanted by police over the death of the young motorcyclist in Northamptonshire on August 27. She was reportedly travelling on the wrong side of the road for up to 400 metres and collided head-on with Dunn, who suffered horrific multiple injuries.

The accident took place near the RAF base at Croughton, a US Airforce spy base otherwise known as the Joint Intelligence Analysis Centre.

Sacoolas, a former US State Department employee, has been widely described in the press as the wife of a diplomat, but in fact her husband Jonathan Sacoolas is a National Security Agency (NSA) spy. A lawyer acting for Dunn’s family told the Mail on Sunday that Jonathan Sacoolas “was working with intelligence which is, I guess, why it has been handled in the way that it has.” 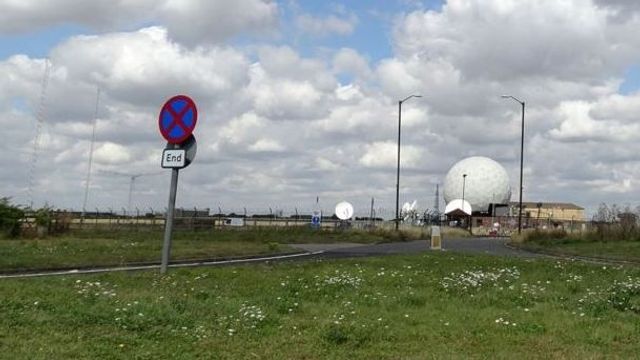 Northamptonshire police have confirmed that “diplomatic immunity had been raised as an issue” when they met with Anne Sacoolas the day after the crash. No further details surrounding this initial claim have been divulged.

According to the Guardian’s Diplomatic Editor Patrick Wintour, “US staff, including civilian staff and their dependents, at designated military bases in the UK, including RAF Croughton, are protected under the Visiting Forces Act 1952, reinforced by further legislation in 1964. They are able to claim some legal immunity in the UK.”

After news of Sacoolas’s flight broke over the weekend, the British media highlighted police claims that the suspect had “engaged fully” following the incident. Police Superintendent Sarah Johnson said Sacoolas “had previously confirmed… that she had no plans to leave the country in the near future.”

Police accepted the suspect’s empty assurances of full cooperation, concluding she was not a “flight risk.” This defies innocent explanation. If Sacoolas was “fully engaged” in helping the investigation, why was she dangling the threat of diplomatic immunity the day after the crash?

The official timeline surrounding these events is deliberately murky.

Northamptonshire police responded to Sacoolas’s assertion of diplomatic immunity by applying to the US embassy for a waiver to arrest and formally interview the suspect. But US embassy officials later—at an unreported date—told police the waiver had been refused and that Sacoolas had already left the country.

According to Tuesday’s Daily Mail, “Government sources said Mrs. Sacoolas and her family were ‘put on a plane’ within hours of learning she may face charges. Harry’s family believe she flew out quickly as her husband is a spy and US authorities wanted to ensure his identity was not compromised.”

Police were preparing to charge Sacoolas with dangerous driving causing death and had reportedly prepared a file for the Crown Prosecution Service. On Tuesday, Northamptonshire Chief Constable Nick Adderley said he had written to the US embassy “in the strongest terms, urging them to apply the diplomatic immunity waiver.”

Harry Dunn’s parents, Charlotte and Tim, have spoken out publicly, calling on Sacoolas to return to the UK and face questioning over their son’s death. Harry Dunn told SkyNews on Tuesday, “Our understanding is that she was compliant with police and admitted at the time she was in the wrong. We know from police she was going to stay in the country and committed to being here for three years. So, to hear the news from police [that she had fled the UK] a few weeks after the funeral was devastating.” 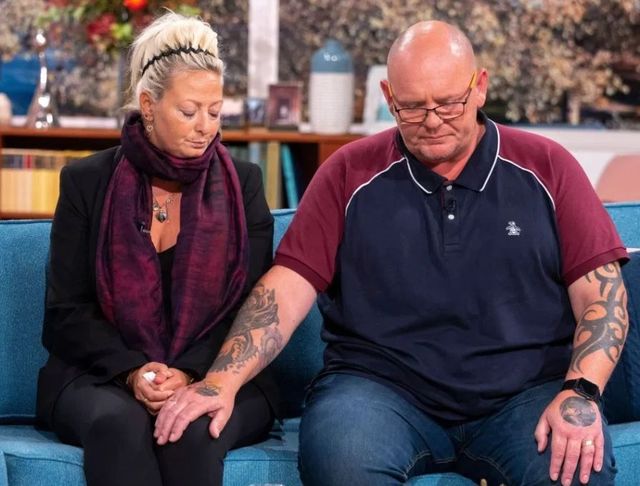 Charlotte said, “She’s left a family in complete ruin. We’re broken inside and out… We’re just utterly shocked and appalled that somebody is allowed to get on a plane and go home and avoid our justice system. We’re not a horrible family, we’re just a usual UK family who just need to put a face to what we now have as a name and talk to her, find out how she’s feeling. She’s got to be suffering as well, you know, she’s a mum.”

The stand taken by Dunn’s parents met with immediate public sympathy. A GoFundMe appeal raised more than £10,000 towards legal costs in just a few days and #Justice4Harry was trending yesterday on social media. The family has said it will pursue matters legally in the US.

Article continues below the form

Public fury over what amounts to a hit-and-run by a protected US asset forced Conservative Prime Minister Boris Johnson’s government into damage control. On Tuesday, a grim-faced Johnson told the press that UK officials would speak to the US ambassador that day and “if we can’t resolve it then… I will be raising it myself with the White House.”

UK Foreign Secretary Dominic Raab has urged the US Embassy to issue the necessary diplomatic waiver. He later spoke with US Secretary of State Mike Pompeo, by telephone Monday night, with a spokesman saying that Raab “reiterated his disappointment with the US decision and urged them to reconsider.”

The US State Department has refused to answer any questions on the matter, merely stating that “immunity is rarely waived.” Media and legal experts have claimed the incident is “a huge test of the UK-US special relationship,” but the relationship is working as intended. Since the head-on collision on August 27, US and UK authorities have clearly worked together to facilitate the Sacoolas family’s illegal departure from the country.

The Sacoolas incident exposes once again the criminality that dominates imperialist diplomacy. When protecting the wife of an NSA spy, the US Embassy and the Trump Administration cite Vienna Convention rights to immunity for “diplomatic” staff. The British media and political establishment obediently comply, describing James Sacoolas as a diplomat to assist their flight from the law.

International law is, in reality, determined by the geostrategic interests of US imperialism and its allies. On Monday, WikiLeaks tweeted on the Sacoolas case asking, “Will the UK charge US diplomat’s wife and request her extradition? Interesting to follow how UK balances death of a teenager on its own soil, immunity of the wife of a US diplomat, ‘special relationship’ with Trump’s administration, US trade post-Brexit.”

The state protection afforded Sacoolas forms a brutal counterpoint to the illegal detention and persecution of WikiLeaks publisher and journalist Julian Assange.

On April 11, 2019 the US Department of Justice demonstrated its real attitude to the Vienna Convention when it ordered a UK police snatch-squad to storm the Ecuadorian Embassy and illegally seize Assange, a political asylee.

While police declared Sacoolas was not a “flight risk” despite a prior conviction in the US for dangerous driving and clear indications she would pursue diplomatic immunity to avoid prosecution, Assange has encountered no such leniency. Jailed on a trumped-up bail infringement charge, the courts refused to release him even after his sentence was served, with Judge Vanessa Baraitser declaring he was at “risk of absconding.”

Meanwhile, the same British press that has relentlessly smeared, defamed and psychologically tortured Assange has politely recycled false claims that Sacoolas’s NSA spy husband is a diplomat, failing to even report the filthy incident for more than six weeks.