Coverage of events in Haiti simply don’t exist in the so-called mainstream media, unless there’s an earthquake or a hurricane or when they get cheap oil from Venezuela. I’d like to be able to publish more useful stories on courageous Haiti, but as you can see from the links below, sources are thin on the ground.

As proof, here’s the opening para of ‘Haiti: The International Front Positions Itself’

‘The so-called “international community”, so far silent on the serious Haitian crisis, has just made its move. On September 30, a meeting took place between allies of the ruling party, sectors of the political opposition specifically called for their extreme moderation (if we can use the oxymoron) and the self-proclaimed “group of friends of Haiti,” better known as the Core Group. The entity is as irregular in its institutionality as it is decisive in the internal affairs of the Haitian nation, deprived of the most elementary exercise of political sovereignty. Its name, “Core Group“, leaves no doubt as to its importance. The Core Group is a para-supra-state body, a type of committee of colonial administrators that brings together representatives of the United Nations, the Organization of American States, the European Union and the ambassadors of the United States, France, Canada, Germany, Spain and an out of tune continental guest: Brazil.’

These links from Ezili Danto’s newsletter, virtually the only regular source of independent news on Haiti:

END_OF_DOCUMENT_TOKEN_TO_BE_REPLACED

Campaign group beautifully takes the Tories down, with the words of a Conservative icon
http://feedproxy.google.com/~r/TheCanary/~3/cQyTI-6lNNQ/

END_OF_DOCUMENT_TOKEN_TO_BE_REPLACED

Much ink has been spilt in textbooks describing situations where autocratic states can behave badly.  They abuse rights; they ignore international law and they ride roughshod over conventions.  Liberal democracies may boast that they follow matters to the letter of the law, and make sure that citizens are given their fair and just cause in putting forth their cases.  The practice suggests all too glaringly that the opposite is true.

END_OF_DOCUMENT_TOKEN_TO_BE_REPLACED

Home Secretary Priti Patel has claimed that the Conservatives are “the party of law and order once again”, as she unveiled a number of measures designed to present the Tories as tough on crime. The home secretary continued: “As we renew our place as the party of law and order in Britain, let the message go out from this hall today: To the British people – we hear you.”

END_OF_DOCUMENT_TOKEN_TO_BE_REPLACED

The scandal over Trump’s blatant attempts to pressure Ukrainian president Volodymyr Zelensky into investigating the son of the leading Democrat Joe Biden, which now forms the basis for a CIA-backed investigation into the possible impeachment of Trump, has thrown the Ukrainian oligarchy into deep crisis.

END_OF_DOCUMENT_TOKEN_TO_BE_REPLACED

There is no third way

Capitalism will not and cannot prevent climate disaster. A socialist response at governmental and societal level is an historic necessity.

John Molyneux is editor of Irish Marxist Review and a supporter of People Before Profit. This article was first published on the socialist website Rebel.

END_OF_DOCUMENT_TOKEN_TO_BE_REPLACED 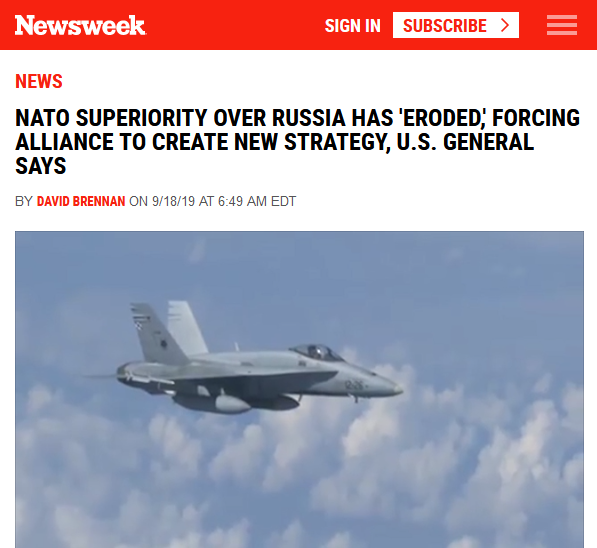 Newsweek (9/18/19) reports NATO is losing “superiority” over Russia, without mentioning that the alliance’s combined military budget is 17 times that of Russia.

Lazy, one-sided reports like Newsweek’s “NATO Superiority Over Russia Has ‘Eroded,’ Forcing Alliance to Create New Strategy, US General Says” (9/18/19), by David Brennan, are a major reason why US officials are still taken seriously when they demand further investments in the military/industrial complex and the strengthening of an unnecessary military alliance like NATO.

END_OF_DOCUMENT_TOKEN_TO_BE_REPLACED 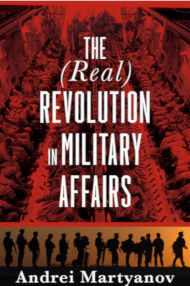 Considerable amounts of ink have been been spent in writings about the Revolution in Military Affairs. It is a concept that claims that new military doctrines, strategies, tactics and technologies would lead to an abrupt and significant change in the conduct of warfare.