SITREP: Zhongnanhai, 10-8-2019 – The Real Hot War Against the Chinese Peoples Republic http://thesaker.is/sitrep-zhongnanhai-10-8-2019-the-real-hot-war-against-the-chinese-peoples-republic/ Trump’s Impeachment is all about Russia! https://journal-neo.org/2019/10/08/trumps-impeachment-is-all-about-russia/

END_OF_DOCUMENT_TOKEN_TO_BE_REPLACED 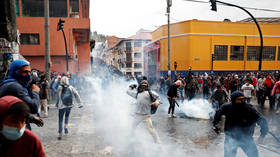 Chaotic mass demonstrations are underway in Ecuador following a spate of austerity cuts tied to a recently implemented IMF deal. Police have unleashed tear gas on protesters, while the government has declared a state of emergency.

END_OF_DOCUMENT_TOKEN_TO_BE_REPLACED

The US president Donald Trump is not known to practise judo. A few judo techniques he may have got to know from his Russian counterpart Vladimir Putin, who is a Black Belt. But what Trump has just done to Turkey’s President Recep Erdogan is straight out of a Physics concept in judo.

END_OF_DOCUMENT_TOKEN_TO_BE_REPLACED

All those wondering who is in charge in Venezuela, should stop reading the biased and confusing corporate media and should look at who represents the country at the United Nations. The UN is not a perfect institution but it is one that is clear on the issue of membership despite powerful attempts at obfuscating that clarity.

END_OF_DOCUMENT_TOKEN_TO_BE_REPLACED 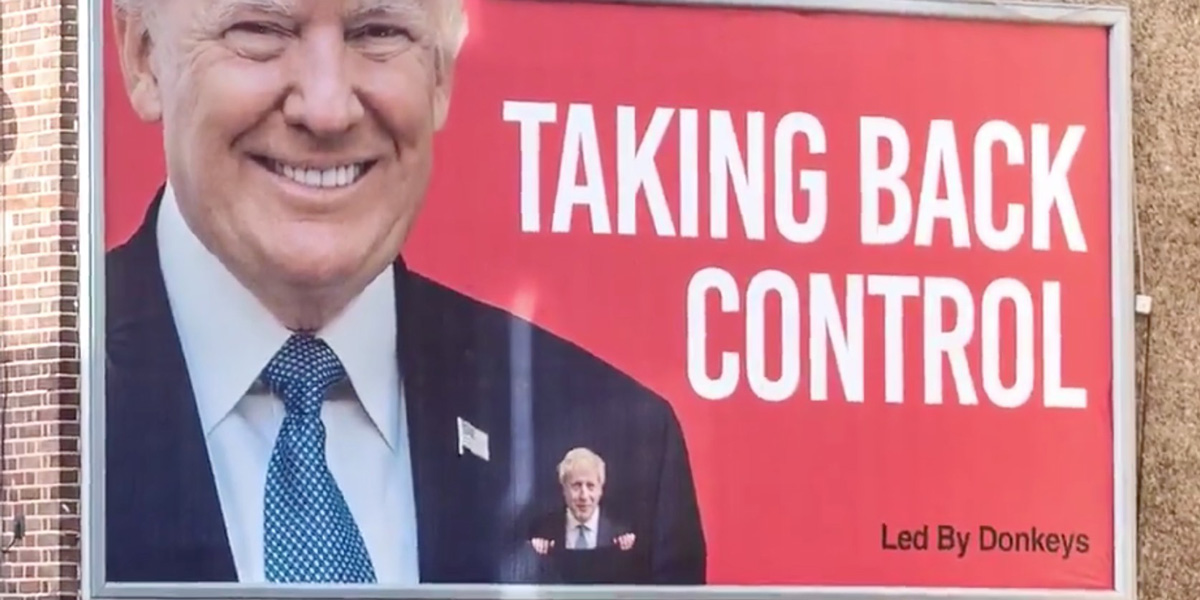 When Boris Johnson used his first three speeches as UK Prime Minister to flag up his desire to “liberate” GMOs as part of Brexit, we warned that this meant his priority was doing a trade deal with Donald Trump at any cost. Johnson, we said, was “simply dancing, puppet-like, to Trump’s tune”.

END_OF_DOCUMENT_TOKEN_TO_BE_REPLACED

There are some serious questions around the Biden family involvement in the Ukraine that the media have not picked up on.

The first regards the ownership of the company which hired Joe Biden’s son Hunter for an exorbitant amount of money while Joe Biden ran the U.S. Ukraine policy.

END_OF_DOCUMENT_TOKEN_TO_BE_REPLACED

Brexit: Boris Johnson Moves to Scrap Environment and GMO Safeguards to Get Deal with Trump
https://www.globalresearch.ca/brexit-boris-johnson-moves-to-scrap-environment-and-gmo-safeguards-to-get-deal-with-trump/5691400

END_OF_DOCUMENT_TOKEN_TO_BE_REPLACED 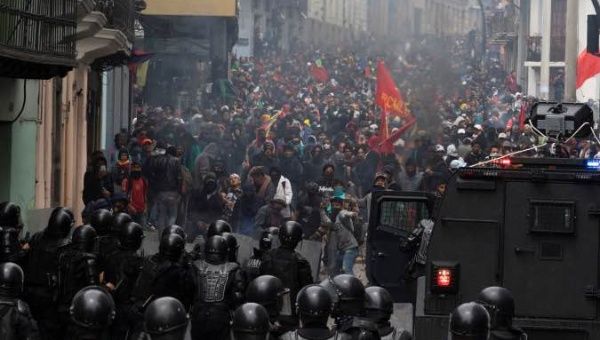 Police repression continues in Quito’s historic center Thursday evening where thousands of protesters are marching, trying to conglomerate in front of the Presidential Palace, but are blocked by hostile police and tear gas from these militarized authorities.

The peaceful protesters have been met all day with tanks, militarized police and tear gas throughout the day-long protest, but, at the same time, organized protesters that include transport unions, students and other civil society organizations have been able to ‘take over’ areas of the historic center, say sources on the ground.