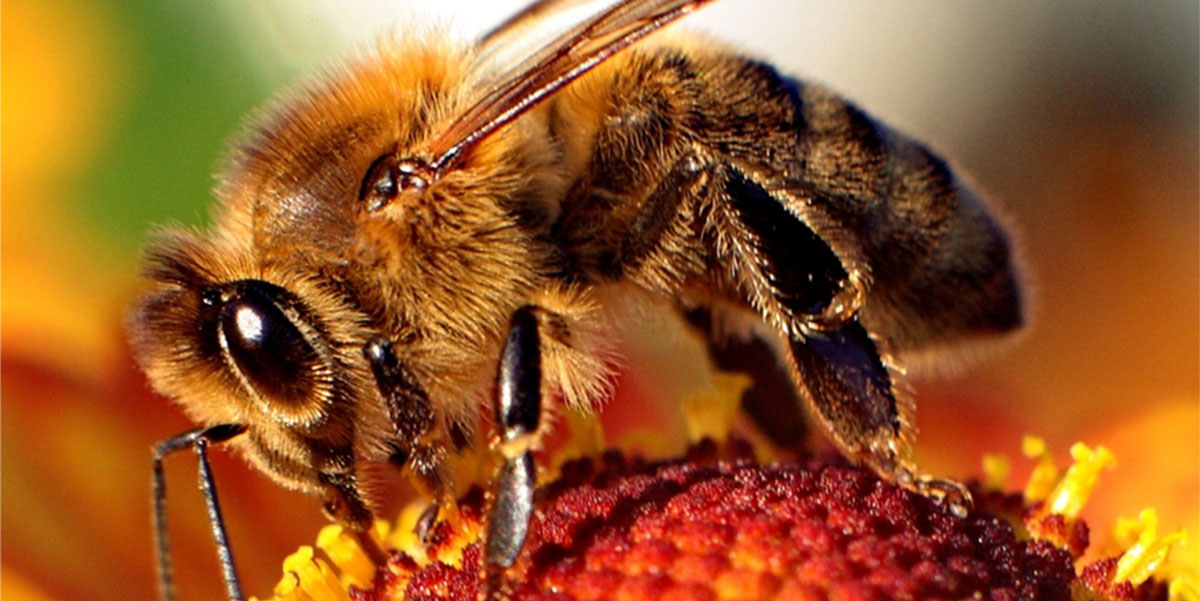 A new review of the scientific literature (see abstract below) has found that exposure to glyphosate, the active ingredient in glyphosate herbicides like Roundup, impairs the foraging behaviour of honeybee workers and has adverse effects at different levels within the colony.

Key points from the review include:
* In 2015, of the 179.9 million ha of global GMO crop area, about 84% contained crops that carried herbicide-resistant genes. Most GMO crops are engineered for tolerance to glyphosate herbicides.
* Glyphosate herbicides are also used on many non-GMO crops and in non-farm environments.
* Honeybees’ ingestion of food containing high concentrations of glyphosate resulted in a higher proportion of disoriented foragers. Despite this, honeybees continued foraging from resources that contain glyphosate traces. These sublethal effects on their learning abilities could impact not only the foraging efficiency, but also the coordination of collective activities within the colony.
* Honeybees’ ability to establish an association between an odour and a sucrose reward was impaired by an acute exposure to glyphosate.
* There is evidence that glyphosate diminishes short-term memory retention in honeybees.
* Honeybee colonies that are permanently exposed to glyphosate are likely to show a deficit in information propagation and nectar distribution.
* Glyphosate causes changes in gut microbiota and greater susceptibility to pathogens and malnutrition.
* Honeybee brood provided with food containing glyphosate traces were more likely to show delayed moulting and weighed less than control brood.
* Glyphosate acts as a stressor that affects larval development (manifested in in vitro exposure by a lower proportion of larvae achieving moulting success and reduced final weights), which could have implications for overall long-term colony survival.

The honeybee Apis mellifera is an important pollinator in both undisturbed and agricultural ecosystems. Its great versatility as an experimental model makes it an excellent proxy to evaluate the environmental impact of agrochemicals using current methodologies and procedures in environmental toxicology. The increase in agrochemical use, including those that do not target insects directly, can have deleterious effects if carried out indiscriminately. This seems to be the case of the herbicide glyphosate (GLY), the most widely used agrochemical worldwide. Its presence in honey has been reported in samples obtained from different environments. Hence, to understand its current and potential risks for this pollinator it has become essential to not only study the effects on honeybee colonies located in agricultural settings, but also its effects under laboratory conditions. Subtle deleterious effects can be detected using experimental approaches. GLY negatively affects associative learning processes of foragers, cognitive and sensory abilities of young hive bees and promotes delays in brood development. An integrated approach that considers behavior, physiology, and development allows not only to determine the effects of this agrochemical on this eusocial insect from an experimental perspective, but also to infer putative effects in disturbed environments where it is omnipresent.