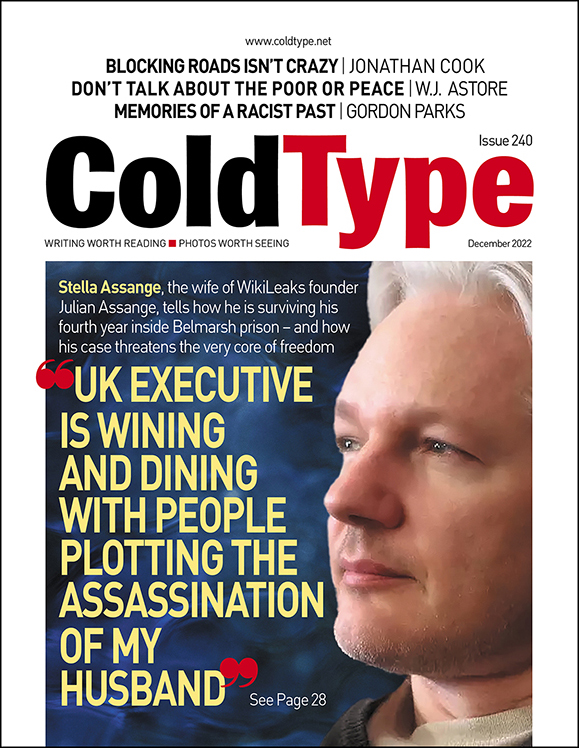 END_OF_DOCUMENT_TOKEN_TO_BE_REPLACED

Peer-review: Time to get rid of it

‘There seems to be no study too fragmented, no hypothesis too trivial, no literature citation too biased or too egotistical, no design too warped, no methodology too bungled, no presentation of results too inaccurate, too obscure, and too contradictory, no analysis too self-serving, no argument too circular, no conclusions too trifling or too unjustified, and no grammar and syntax too offensive for a paper to end up in print.’  – Drummond Rennie.

END_OF_DOCUMENT_TOKEN_TO_BE_REPLACED

The Ukraine War Is A Sales-Promotion Campaign For Lockheed And Other U.S. ‘Defense’ Contractors
https://orientalreview.org/2022/11/25/the-ukraine-war-is-a-sales-promotion-campaign-for-lockheed-and-other-u-s-defense-contractors/

BRICS breaks the hegemony of the West
https://journal-neo.org/2022/11/25/brics-breaks-the-hegemony-of-the-west/

END_OF_DOCUMENT_TOKEN_TO_BE_REPLACED

Yesterday the Pentagon announced another transfer of weapons to the Ukrainian military:

According to the Pentagon, the package includes:

END_OF_DOCUMENT_TOKEN_TO_BE_REPLACED

The dust has settled at the resorts in Sharm el-Shaikh, Egypt, as delegates of countries and corporations leave the 27th Conference of the Parties (COP) of the United Nations Framework Convention on Climate Change. The only advance made in the final agreement was for the creation of a ‘loss and damage fund’ for ‘vulnerable countries’. However, despite being hailed as a breakthrough, the deal is little more than the financing of the Santiago Network for Loss and Damage agreed upon at the COP25 in 2019. It also remains to be seen whether this new financing will in fact be realised. Under previous agreements, such as the Green Climate Fund established at the COP15 in 2009, developed countries promised to provide developing countries $100 billion per year in financing by 2020, but have failed to meet their stated goals. At the conclusion of COP27, the United Nations expressed ‘serious concern’ that those past pledges have ‘not yet been met’. More importantly, the Sharm el-Sheikh Implementation Plan notes that a ‘global transformation to a low-carbon economy is expected to require investment of at least $4–6 trillion a year’ – a commitment that is nowhere in sight. The International Energy Agency said that, in 2022, annual global clean energy investment will remain below $1.5 trillion. This is ‘record clean energy spending’, they announced, and yet, it is far below the amounts that are required for a necessary transition.

END_OF_DOCUMENT_TOKEN_TO_BE_REPLACED

Tokayev’s policies will focus on Russia, China and the West
https://journal-neo.org/2022/11/23/tokayev-s-policies-will-focus-on-russia-china-and-the-west/

Missile Attack On Poland – A Provocation By Kiev And Warsaw
https://orientalreview.org/2022/11/23/missile-attack-on-poland-a-provocation-by-kiev-and-warsaw/

END_OF_DOCUMENT_TOKEN_TO_BE_REPLACED 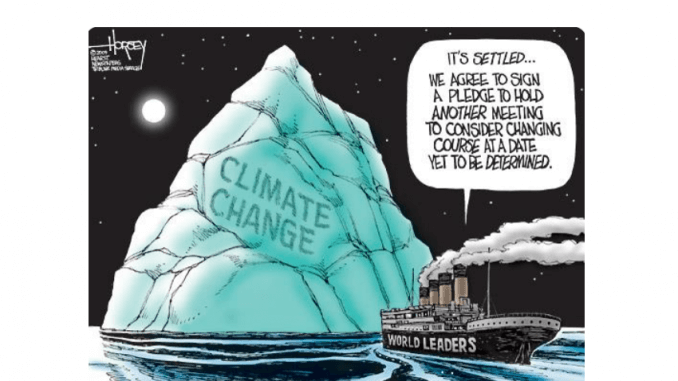 On November 15, as 90 Russian cruise missiles struck at Ukraine’s energy network, a companion US-UK propaganda blitz blamed the Russian missiles for the deaths of two workers on a farm in Poland.

END_OF_DOCUMENT_TOKEN_TO_BE_REPLACED

Russia-bashing was in full vogue at a conference at the George W. Bush Institute in Dallas co-hosted by the National Endowment for Democracy (NED) on November 16, whose purpose was to mobilize public support for the war in Ukraine.

END_OF_DOCUMENT_TOKEN_TO_BE_REPLACED

President John F. Kennedy: His Life and Public Assassination by the CIA
http://edwardcurtin.com/president-john-f-kennedy-his-and-life-public-assassination-by-the-cia/

END_OF_DOCUMENT_TOKEN_TO_BE_REPLACED

If you’re going off the beaten track, it might be better if you are on tracks.

If there’s one thing that everyone agrees about, it’s that the weather in Eastern Europe can be terrible from any time in October through to April. From snow to hail to frosts that last a month, the inclemency of the climate becomes more legendary the further you travel eastwards.

END_OF_DOCUMENT_TOKEN_TO_BE_REPLACED

The EU can’t have its own puppets swashbuckling the high life and doing their own thing, can they?

Is it possible that the President of the European commission, Ursula von der Leyen is not quite as squeaky clean as some might assume? Do such lightweights, who define themselves by how much they fail to achieve, who come from the bowels of political obscurity in Germany rise to such prominence without a little help from powerful elites, masonic links and corrupt corporations?

END_OF_DOCUMENT_TOKEN_TO_BE_REPLACED

A week ago I welcomed the talks between CIA director Bill Burns and the director of Russia’s Foreign Intelligence Service Sergei Naryshkin but was skeptical of any outcome:
END_OF_DOCUMENT_TOKEN_TO_BE_REPLACED

END_OF_DOCUMENT_TOKEN_TO_BE_REPLACED

Sure, Sure, Mr. Austin. In Related News…
https://smoothiex12.blogspot.com/2022/11/sure-sure-mr-austin-in-related-news.html

Who Are The Ukrainian Integral Nationalists?
https://orientalreview.org/2022/11/20/who-are-the-ukrainian-integral-nationalists/

Russia Strategises With Iran For The Long Haul In Ukraine
https://orientalreview.org/2022/11/20/russia-strategises-with-iran-for-the-long-haul-in-ukraine/

END_OF_DOCUMENT_TOKEN_TO_BE_REPLACED

The President of Kazakhstan Kassym-Jomart Tokayev made a tantalising remark to reporters on Sunday that his country will pursue a multi-vector policy. As he put it, “I believe that given our geopolitical situation, given the fact that we have over $500 billion involved in our economy, given that there are global companies operating in our market, we simply have to pursue a multi-vector, as they say now, foreign policy.”