Pepe Escobar
The marriage of post-Lockdown and George Floyd protests has nurtured a rough beast that is still immune to any form of civilized debate in the U.S.: the Seattle Commune.

END_OF_DOCUMENT_TOKEN_TO_BE_REPLACED

In one of the few statements made to the public since she was sentenced this summer for crimes related to the unauthorized disclosure of classified information to anti-secrecy website WikiLeaks, Manning tells TIME Magazine that she’s hesitant to celebrate Thanksgiving due to the true nature of the sordid relationship between European settlers and Native Americans. Nevertheless, Manning writes from prison that she’s thankful for being aware of such atrocities, and this Thanksgiving appreciates the efforts of Americans who “dare to ask probing, even dangerous, questions.”

END_OF_DOCUMENT_TOKEN_TO_BE_REPLACED

The Big Nausea: Waking Up With an Obama-Ache

Who will defend the indefensible Obama? Answer: There will be fewer and fewer Obamapologists, as each day passes. “For the monumentally dysfunctional Black Misleadership Class, the winding down of the Age of Obama is cause for frantic repositioning, and for the revising of their own histories.”

The following email includes some of the most popular books from our online shop in 2012, and also has details on this year’s Peace Diary. Our online shop is fully stocked, so if it’s in print you should be able to find it there.

Thank you for supporting Housmans, it means everything to us. At this time of year many people shop via Amazon, however there are many reasons not to give them your money – if you are unfamiliar with their working practices please read the following: What is wrong with using Amazon?

END_OF_DOCUMENT_TOKEN_TO_BE_REPLACED

A 1969 conversation with writer James Baldwin and Dick Gregory in London about the black experience in America and how it relates to the Caribbean and Great Britain. Directed by Horace Ové.

END_OF_DOCUMENT_TOKEN_TO_BE_REPLACED 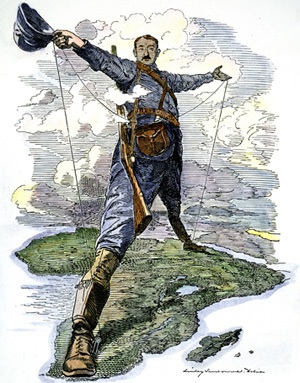 The ultimate showdown, The Racist Colonial “West” against the Rest

END_OF_DOCUMENT_TOKEN_TO_BE_REPLACED

by BAR executive editor Glen Ford
After two and a half years of waging war against the Left half of his own party, while seeking a “Grand Consensus” with the GOP, President Obama has finally set “in motion a rolling implosion of Roosevelt’s New Deal and Johnson’s Great Society.” The final vote on the debt ceiling measure – actually a ruse to impose savage cuts in social spending – saw a substantial portion of the Congressional Black Caucus put the president’s prestige above their constituents’ vital interests. Ninety-five House Democrats, including 15 Black Caucus members, “voted for the certainty of losing trillions of dollars for tens of millions of needy citizens, rather than risk the possibility of unknown financial dislocations.”

END_OF_DOCUMENT_TOKEN_TO_BE_REPLACED

A witness identified Robert Chambliss, a member of the Ku Klux Klan, as the man who placed the bomb under the steps of the Sixteenth Street Baptist Church. He was arrested and charged with murder and possessing a box of 122 sticks of dynamite without a permit. On October 8, 1963, Chambliss was found not guilty of murder and received a hundred-dollar fine and a six-month jail sentence for having the dynamite.

Before he went over that mountain top in that week in an April like this one back in l968, Martin Luther King Jr, said he had already seen the other side, as he spent his last days on earth fighting for the garbage men of Memphis while speaking out about the twin evils of war and poverty.

END_OF_DOCUMENT_TOKEN_TO_BE_REPLACED

The Zionist armies that now occupy Palestine claim their ancient Jewish prophets predicted that in the “last days of this world” their own God would raise them up a “messiah” who would lead them to their promised land, and they would set up their own “divine” government in this newly-gained land, this “divine” government would enable them to “rule all other nations with a rod of iron.”