Did Syria or did she not use sarin gas against its armed opposition? After haunting newspaper columns, the question found a positive answer in Paris, London and Washington. The red line has apparently been crossed. War may therefore be imminent. In reality, this media game comes too late. In terms of international law, Syria is not a signatory to the chemical weapons Convention and may use them freely. Moreover, inventing that Damascus has used weapons of mass destruction is a perfectly futile ploy, considering that the war is nearing an end.

END_OF_DOCUMENT_TOKEN_TO_BE_REPLACED

“Historians may look back and write about how willing we are to sacrifice our children and jeopardize future generations with a massive experiment that is based on false promises and flawed science just to benefit the bottom line of a commercial enterprise.”

So said Don Huber in referring to the use of glyphosate and genetically modified crops. Huber was speaking at Organic Connections conference in Regina, Canada, late 2012.

END_OF_DOCUMENT_TOKEN_TO_BE_REPLACED

The former French Minister of Foreign Affairs has publicly made a statement that the British Government intended to overthrow the Syrian government for political reasons, long before there was civil unrest (fomented by the British) in Syria.

END_OF_DOCUMENT_TOKEN_TO_BE_REPLACED 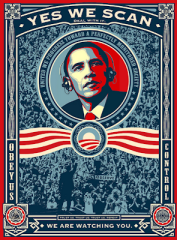 Ongoing revelations by The Guardian and The Washington Post of massive, illegal secret state surveillance of the American people along with advanced plans for waging offensive cyberwarfare on a global scale, including inside the US, underscores what Antifascist Calling has reported throughout the five years of our existence: that democracy and democratic institutions in the United States are dead letters.

END_OF_DOCUMENT_TOKEN_TO_BE_REPLACED

On January 29, 2013, Britain’s most popular Daily Newspaper, in its online version Dailymail.co.uk published an article titled: ‘U.S. ‘backed plan to launch chemical weapon attack on Syria and blame it on Assad’s regime’

A few days later they pulled the article.

END_OF_DOCUMENT_TOKEN_TO_BE_REPLACED

PA official: Settlers burn 300 olive trees near Nablus
6/15/2013 – NABLUS (Ma’an) — A group of settlers set fire to over 300 olive trees on Saturday in a Nablus village, a Palestinian Authority official said. Ghassan Daghlas, a PA official who monitors settlement activities, told Ma’an that settlers from the illegal outpost of Havat Gilad set fire to olive trees in the Nablus village of Imatin. The blaze destroyed over 300 trees….