(Brian Berletic – NEO) – US Secretary of State Anthony Blinken cut short his tour of Southeast Asia due to concerns over COVID-19, the New York Times would report. The aborted trip comes at a time when the US finds itself struggling for relevance in a region it had once held considerably more sway over. This most recent turn for the worse from America’s perspective is owed not only to the rise of China, but also the rise of Asia as a whole.

END_OF_DOCUMENT_TOKEN_TO_BE_REPLACED

The visit of Uzbekistan President Shavkat Mirziyoyev to Moscow on November 19 at the invitation of President Vladimir Putin resulted in a joint statement on information technology and a slew of documents on trade and economic cooperation but its strategic significance cannot be lost on the regional capitals.

END_OF_DOCUMENT_TOKEN_TO_BE_REPLACED

(Brian Berletic – NEO) – For the first time in four years a US President has attended the annual ASEAN (the Association of Southeast Asian Nations) summit. In a poorly disguised redux of the Obama-era “Pivot to Asia,” the US seeks to appear interested in contributing to ASEAN in a constructive manner while ultimately attempting to coerce the regional bloc into a confrontation with China on Washington’s behalf.

END_OF_DOCUMENT_TOKEN_TO_BE_REPLACED

34. Central Asia hooking up to CPEC

The information war is so intense nowadays that unsung melodies are often more alluring that the sung ones. The lines from English poet Shelley’s famous ode To a Skylark come to mind — ‘In the broad day-light / Thou art unseen, but yet I hear thy shrill delight…’

END_OF_DOCUMENT_TOKEN_TO_BE_REPLACED

This incisive analysis by Dr. Nicole Delépine was first published in French.

The text below is an AI translation of the text published in Global Research French language website Mondialisation.ca.

END_OF_DOCUMENT_TOKEN_TO_BE_REPLACED 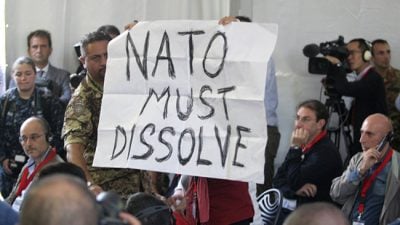 Let’s start with comic relief: the “leader of the free world” has pledged to prevent China from becoming the “leading” nation on the planet. And to fulfill such an exceptional mission, his “expectation” is to run again for president in 2024. Not as a hologram. And fielding the same running mate.

END_OF_DOCUMENT_TOKEN_TO_BE_REPLACED

Revered as the Father of Socialism, in popular conception Karl Marx (1818–1883) is the originator of socialist theory, the creator of a plan implemented thereafter by the Union of Soviet Socialist Republics and other socialist nations. He remains one of the most cited authors of all time, and his writings are endlessly scrutinized and analyzed. Was he standing on the shoulders of giants?

END_OF_DOCUMENT_TOKEN_TO_BE_REPLACED

Soldiers from US Army’s 82nd Airborne Division line up in a US Air Force C-17 Globemaster III to parachute into a drop zone in Central Asia in a spectacular display of the longest distance airborne operation in military history, Chimkent, Kazakhstan, Sept. 15, 1997.

The United States, which was de facto assuming the historical role of Great Britain in the 19th century Great Game in Central Asia, was inclined to take a relaxed view of China’s return to the region in the first decade of the post-Soviet period. China’s rise had not yet become a compelling geopolitical reality in the Central Asian region or in world politics and the US’ global strategies.

END_OF_DOCUMENT_TOKEN_TO_BE_REPLACED

The Wakhan Corridor: A narrow strip of land in Eastern Afghanistan’s Badakhshan province, 295 km long and 15 to 57 km wide, connecting Afghanistan with China and passing through the territory of Tajikistan, historically a buffer between Russian Central Asia and British India.

The recent Issue Brief by the US-China Economic and Security Review Commission entitled The Shanghai Cooperation Organization: A Testbed for Chinese Power Projection takes a close look at the Chinese security footprint in Central Asia and its political dimensions. A perception has grown over the most recent years amongst great game watchers generally, especially the US analysts, that China is gobbling up Central Asia. On the contrary, this report takes a contrarian view.

END_OF_DOCUMENT_TOKEN_TO_BE_REPLACED

Prime Minister Narendra Modi’s remarks at the 17th ASEAN-India Summit on November 12 makes sad reading. It comes in the specific context of the signing of the Regional Comprehensive Economic Partnership [RCEP] on Sunday — the mega free trade agreement centred on the ASEAN plus China, Japan and South Korea.

END_OF_DOCUMENT_TOKEN_TO_BE_REPLACED

As coronavirus gets a foothold in every country, governments in the global south are facing an appalling choice: pay for emergency healthcare, or pay off international debts.

Across Africa, Asia and Latin America, lower-income countries urgently need to scale up their health spending. But they’re due to spend over $25 billion on debt payments in 2020. This is money that could be used now to save lives as this terrible virus continues to spread.

END_OF_DOCUMENT_TOKEN_TO_BE_REPLACED

The Middle East is the key to wide-ranging, economic, interlinked integration, and peace

END_OF_DOCUMENT_TOKEN_TO_BE_REPLACED

Iranian seamen salute the Russian Navy frigate Yaroslav Mudry while moored at Chabahar on the Gulf of Oman during Iran-Russia-China joint naval drills. The photo was provided by the Iranian Army office on December 27, 2019. Photo: AFP / HO / Iranian Army office

Coming decade could see the US take on Russia, China and Iran over the New Silk Road connection

The Raging Twenties started with a bang with the targeted assassination of Iran’s General Qasem Soleimani.

END_OF_DOCUMENT_TOKEN_TO_BE_REPLACED

Those Who Search for Dawn Don’t Fear the Night; Nor the Hand that Holds the Dagger: The Fifty-First Newsletter (2019).