Military equipment given by Japan to Ukraine being loaded in an aircraft at Yokota US Air Force Base, Japan (File photo)

Only three weeks remain for the summit meeting of the North Atlantic Treaty Organisation (NATO) in Madrid, which is expected to unveil a new Strategic Concept aimed at redefining “the security challenges facing the Alliance and outline the political and military tasks that NATO will carry out to address them.”

END_OF_DOCUMENT_TOKEN_TO_BE_REPLACED

An exciting new template has appeared in the geopolitics of the Asia-Pacific last week when Russia’s Aerospace Force and China’s Air Force carried out their first-ever joint air patrol in the region.

END_OF_DOCUMENT_TOKEN_TO_BE_REPLACED

The discussion on how to respond to the deepening Crash of 2019 is focusing minds. It is recognised that interest rate manipulation and regular quantitative easing will not suffice to bring the global economy back into growth, especially now that international trade is so fractured. Increasingly main-stream economists are dabbling with the direct injection of cash into the economy up to and including by-passing the traditional banking sector.

END_OF_DOCUMENT_TOKEN_TO_BE_REPLACED

General Curtis LaMay, who directed the firebombing and nuclear attacks on Japan said, “War is killing people, when you kill enough of them, the other guy quits” – quotes Daniel Ellsberg on Reality Asserts Itself with Paul Jay (inc. transcript).

END_OF_DOCUMENT_TOKEN_TO_BE_REPLACED 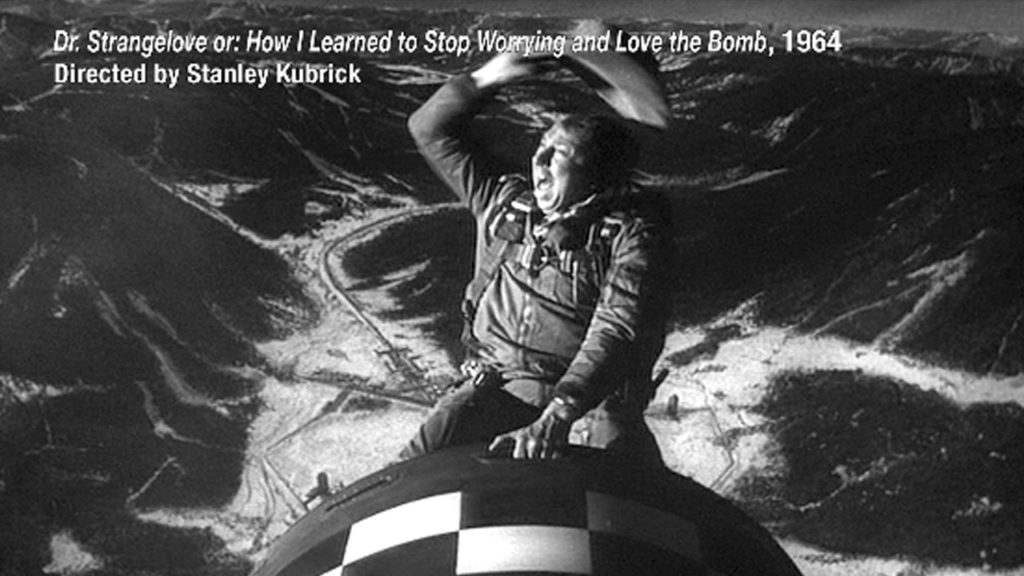 The U.S. military still thinks that a nuclear war can be won by targeting Russian leadership in a bizarre Dr. Strangelove logic; it’s a recipe for unmitigated catastrophe, says Daniel Ellsberg on Reality Asserts Itself with Paul Jay (inc. transcript)

END_OF_DOCUMENT_TOKEN_TO_BE_REPLACED

Perhaps the most moving moment in the opening days of the PyeongChang Winter Olympics was when Kim Yong-nam, the president of the Presidium of North Korea’s Supreme People’s Assembly, quietly wiped his tears as North and South Korean singers sang in unison at a concert celebrating the winter games. South Korean k-pop star SeoHyun held hands with North Korean singers as images of tearful North-South family reunions played in the backdrop of the finale of the North Korean Samjiyeon Orchestra’s historic performance in Seoul on February 11. As the concert came to a close, they sang, “Be well, let us meet again. Go safely, let us meet again,” and waved their hands as the audience waved back and Kim silently wept. END_OF_DOCUMENT_TOKEN_TO_BE_REPLACED

As early as September 1945, “the Pentagon had envisaged blowing up the Soviet Union  with a coordinated attack directed against major urban areas.

All major cities of the Soviet Union were included in the list of targets. The table below categorizes each city in terms of area in square miles and the number of atomic bombs required to destroy the selected urban areas.

Six atomic bombs were to be used to destroy each of the larger cities including Moscow, Leningrad, Tashkent, Kiev, Kharkov, Odessa.

The Pentagon estimated that a total of 204 bombs would be required to Wipe the Soviet Union off the Map. The targets for a nuclear attack consisted of sixty-six major cities.

It is worth noting that secret documents outlining this diabolical military agenda had been released in September 1945, barely one month after the bombing Hiroshima and Nagasaki (6 and 9 August, 1945) and two years before the onset of the Cold War (1947).

END_OF_DOCUMENT_TOKEN_TO_BE_REPLACED

Russian President Vladimir Putin has said recently that his meeting with Chinese President Xi Jinping earlier this week in Shanghai marked a new stage in Russia-China relations, and that the two countries will roll out all-around cooperation. China and Russia signed a $400 billion (237.1 billion pounds) gas supply deal on Wednesday, securing the world’s top energy user a major source of cleaner fuel and opening up a new market for Moscow as it risks losing European customers over the Ukraine crisis. Furthermore, the two countries began joint military exercises in the East China Sea in a clear show of strength against Japan, a western ally.

END_OF_DOCUMENT_TOKEN_TO_BE_REPLACED

“Why has this not made national headlines??? The Aircraft Carrier Ronald Reagan is nuclear powered. Radiation detection equipment did not pick up on this?? Why have these sailors and marines medical records been removed from permanent tracking. Criminal implications galore. This should be all over mainstream media. Someone please forward all these ene reports to the media…. Tepco is the lowest of snakes. Hari Kari for the lot of em!!” END_OF_DOCUMENT_TOKEN_TO_BE_REPLACED

What game is China really playing by declaring an Air Defense Identification Zone in the East China Sea?

The spin in the US is relentless. This was no less than “saber-rattling,” a “bellicose” posture and a unilateral “provocation.” A possibly tense meeting between Chinese President Xi Jinping and US Vice-President Joe Biden in Beijing may have done nothing to dispel it.

END_OF_DOCUMENT_TOKEN_TO_BE_REPLACED

Details of a highly secretive, multi-national trade agreement in the works have been published by WikiLeaks, and the whistleblower group’s founder warns there will be vast implications for much of the modern world if the contract is approved.

END_OF_DOCUMENT_TOKEN_TO_BE_REPLACED

‘There are countries who are selling nuclear reactors all around the world, which means they are not only selling cancer and leukemia to the future generations, but also atomic bombs’, anti-nuclear advocate Dr. Helen Caldicott said in RT’s Google Hangout.

END_OF_DOCUMENT_TOKEN_TO_BE_REPLACED

Japan‘s Prime Minister Abe Shinzo, promoting Tokyo as the site for the 2020 Summer Olympics, said to the International Olympic Committee: “Some may have concerns about Fukushima. Let me assure you, the situation is under control. It has never done and will never do any damage to Tokyo.” […] To [journalist Hirose Takashi], Abe‘s words were a bald-faced lie. END_OF_DOCUMENT_TOKEN_TO_BE_REPLACED

Journalist, author, activist and historian Harvey Wasserman has been reporting on, and participating in, the nuclear free movement for decades. In that time, by his judgment, only one other event matches the danger to the world posed by the Cuban Missile Crisis. That event is the ongoing nuclear disaster at Fukushima. END_OF_DOCUMENT_TOKEN_TO_BE_REPLACED

Vietnamese Gen. Vo Nguyen Giap, who helped defeat Japan, then France, then the United States in a 35-year war for national independence, died in Hanoi on October 4 at the age of 102. He had been ailing and living in a military hospital for the last four years.

END_OF_DOCUMENT_TOKEN_TO_BE_REPLACED

68 years ago, at 11:02 am on August 9th, 1945, an all-Christian bomber crew dropped a plutonium bomb, on Nagasaki, Japan. That bomb was the second and last atomic weapon that had as its target a civilian city. Somewhat ironically, as will be elaborated upon later in this essay, Nagasaki was the most Christian city in Japan and ground zero was the largest cathedral in the Orient.

END_OF_DOCUMENT_TOKEN_TO_BE_REPLACED

‘Anyone living within 1km of the coast near to at least 200km north or south of Fukushima should get out. It is not eating the fish and shellfish that gets you – it’s breathing.’

Fukushima is a nightmare disaster area, and no one has the slightest idea what to do. The game is to prevent the crippled nuclear plant from turning into an “open-air super reactor spectacular” which would result in a hazardous, melted catastrophe. On April 25, 2011 – one month after the explosions at the Fukushima nuclear plant and the anniversary of Chernobyl – I was interviewed by RT and asked to compare Chernobyl and Fukushima. The clip, which you can find on YouTube, was entitled, “Can’t seal Fukushima like Chernobyl – it all goes into the sea.” END_OF_DOCUMENT_TOKEN_TO_BE_REPLACED