Right wing protesters used as an excuse against the mayor, the death of two protesters in clashes that happened in another town. The woman was forced to resign on her knees after she was spray painted with red and subjected to hours of humiliation.

END_OF_DOCUMENT_TOKEN_TO_BE_REPLACED 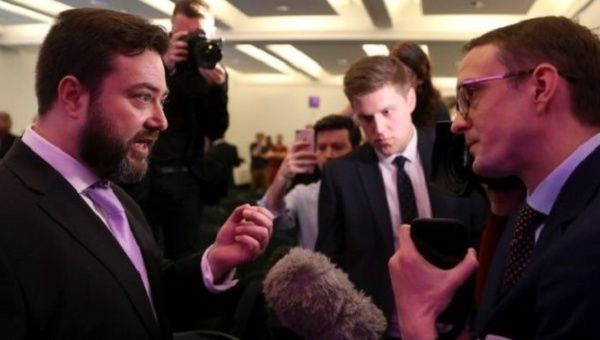 Carl Benjamin (left) the UKIP leader said in a video that feminists are responsible for misogyny and murders. | Photo: Reuters

“It is a fucking feminist system that’s doing this,” said UKIP leader Carl Benjamin while commenting on a mass murder case by a man rejected by women sexually.

A candidate from the UK Independence Party (UKIP) said that feminism is the reason for femicides. According to Carl Benjamin, the UKIP candidate for the May 23 European Union elections, men are murdering women en masse because they felt disenfranchized and are “out of options.”