As we prepare for the public inquiry hearings in two weeks’ time, it’s a very busy period in the campaign for truth and justice about Britain’s political secret police. END_OF_DOCUMENT_TOKEN_TO_BE_REPLACED 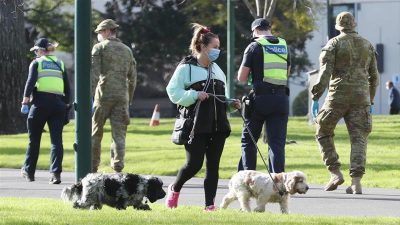 On August 2, lockdown measures were implemented in Melbourne, Australia, that were so draconian that Australian news commentator Alan Jones said on Sky News: “People are entitled to think there is an ‘agenda to destroy western society.’”

END_OF_DOCUMENT_TOKEN_TO_BE_REPLACED

While everyone is currently very anxious about the future, it is important that any emergency response the government plans to adopt and implement to contain the coronavirus is fair and proportionate.

END_OF_DOCUMENT_TOKEN_TO_BE_REPLACED 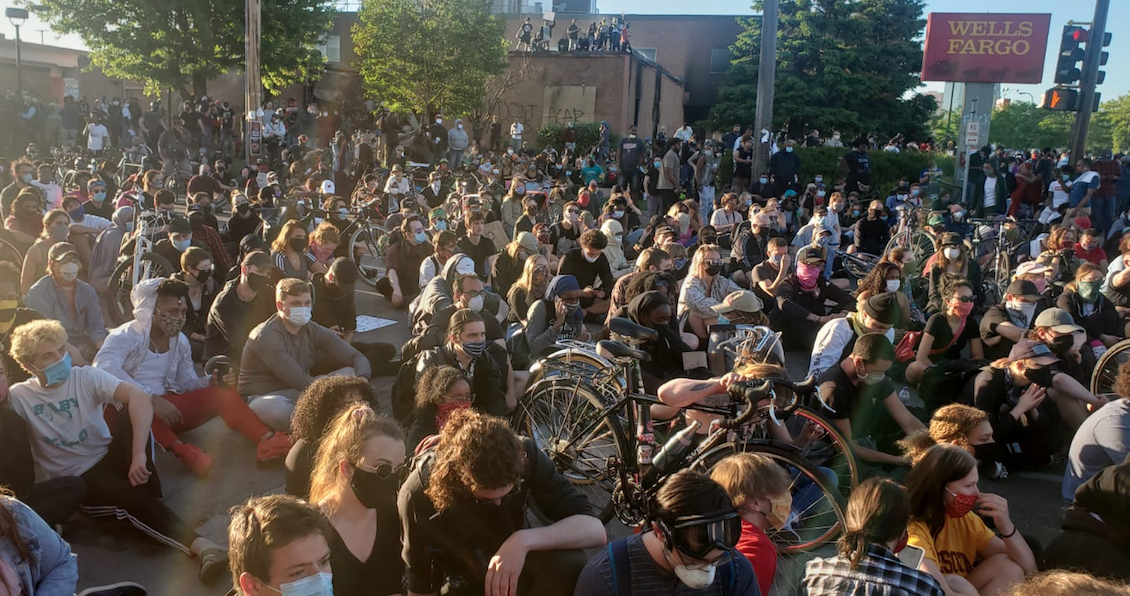 Protesters sit in front of Minneapolis 5th police precinct, Saturday, May 30, 15 minutes before 8 p.m. curfew. Both a split-off march and this sit-in were heavily tear-gassed by police minutes later. | Liberation photo: Kei Pritzker

Trump declared last night from the White House that he would “end the riots” with a national military mobilization to “dominate the streets” and that “if a city or state refuses to take the actions that are necessary,” he would “deploy the United States military and quickly solve the problem for them.”

END_OF_DOCUMENT_TOKEN_TO_BE_REPLACED

It’s not just that the United States has a higher percentage of its people in prison than does any other nation on the planet. (El Salvador — the land that was largely made what it today is, by its US trained-and-equipped death squads — is now number 2 on that measure. In another country the US controls, Honduras, protesters tried to burn down the US Embassy on 31 May 2019.)

END_OF_DOCUMENT_TOKEN_TO_BE_REPLACED

The world is watching what is happening in Ferguson, Missouri. After the announcement by the grand jury that Officer Darren Wilson was acquitted for the shooting death of Michael Brown, angry residents took to the streets of Ferguson and other towns and cities across the U.S. to protest police brutality. The U.S. government has the FBI, the Department of Homeland Security (DHS) along with the Ferguson police department and the Missouri National guard ready to confront the angry protesters with force.

END_OF_DOCUMENT_TOKEN_TO_BE_REPLACED

British journalists who publish politically motivated content could be labeled terrorists if UK authorities deem the material to be a threat to public safety, according to Britain’s counter-terrorism watchdog.

END_OF_DOCUMENT_TOKEN_TO_BE_REPLACED

Want to hear the worst idea in the history of horrible ideas? How about we take the industry responsible for destroying the U.S. economy and wrecking the lives of tens of millions of people, and then allow it to create a “government-industry cyber war council.”It appears that trillions in taxpayer bailouts simply wasn’t enough for Wall Street.

END_OF_DOCUMENT_TOKEN_TO_BE_REPLACED

European governments are working together to prepare to militarily suppress social unrest. This effort—involving legal, technical, as well as military plans—is in an advanced stage of development, according to a report by Aureliana Sorrento that aired on June 20 on Germany’s Deutschlandfun k radio station . “In the framework of collaborative foreign and security policy,” the introduction on Deutschlandfunk’s web site reads, “military and police responsibility are increasingly blurred and the capacity to combat social uprisings is being built up.” Officially, this concerns campaigns in countries outside the European Union, the web site notes, “but with Article 222 of the Lisbon Treaty, the legal conditions for the deployment of military and paramilitary units in the EU [European Union] crisis states were satisfied.”

END_OF_DOCUMENT_TOKEN_TO_BE_REPLACED

The EU creates a legal framework for Europe-wide deployment of police and military units. At the same time, the EU Commission is working intensively on the creation of a single EU police unit as well as an EU public prosecutor.

END_OF_DOCUMENT_TOKEN_TO_BE_REPLACED

DHS: A beast that is accelerating our nation’s transformation into a police state

“A standing military force, with an overgrown Executive will not long be safe companions to liberty.”—James Madison

“Here [in New Mexico], we are moving more toward a national police force. Homeland Security is involved with a lot of little things around town. Somebody in Washington needs to call a timeout.” —Dan Klein, retired Albuquerque Police Department sergeant

END_OF_DOCUMENT_TOKEN_TO_BE_REPLACED

Photos and Eyewitnesses Confirm BOTH Boston Marathon Bombs Were Fake

This brief (9:47) video presents a compelling argument and set of video and photographic evidence concerning the incendiary devices detonated shortly before 3:00PM on April 15, 2013 at the Boston Marathon finish line.