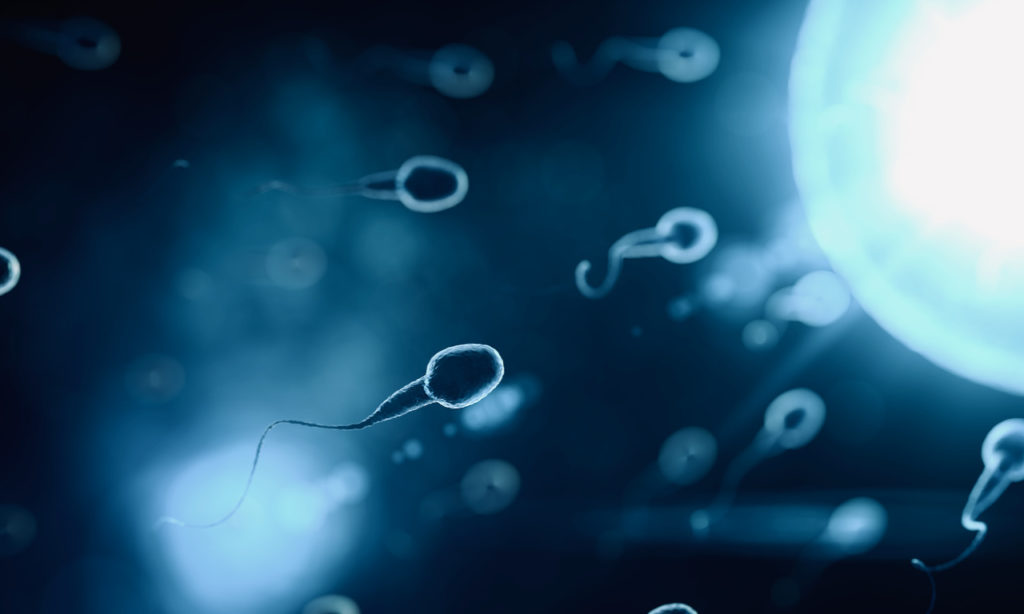 A new study has been published in the peer-reviewed journal Andrology, reporting on pre- and post-vaccination sperm counts and quality in 37 sperm donors in Israel.

There is a long history of ill-founded scare stories around fertility and vaccination. Professionals can therefore expect to be discredited for raising valid concerns and hence will be inclined to shy away from looking at the evidence. Any reasonable scientist would not hold a view either way in the absence of evidence. The current evidence is that the lipid-nanoparticles become distributed around the body, concentrating in the ovaries and testes in the first 48 hours.

This is contrary to assurances given to regulators and upon which they based their decision to allow these products to follow a typical “vaccine” approval pathway, rather than the more rigorous traditional drug approval pathway, which would have required much more extensive preclinical tests, including those related to reproductive toxicity.

The Andrology paper can be found here.

The substack writer El Gato has written 2 pieces on this, which can be found here and here.

The notable thing about this study is that the authors’ conclusions – which are broadly reassuring, claiming that the observed reductions in sperm count and motility are temporary – seem to bear little relation to the data actually presented, but rather they are based on an extremely selective reading of the results.

The paper contains 3 tables of results:

Broadly speaking, the data in table 2 (reproduced below) gives cause for concern, suggesting large and statistically significant falls in sperm concentration and total motile count, and near statistically significant falls in sperm motility, which are all still present at the 3rd measurement, which was at least 150 days after the last dose received. 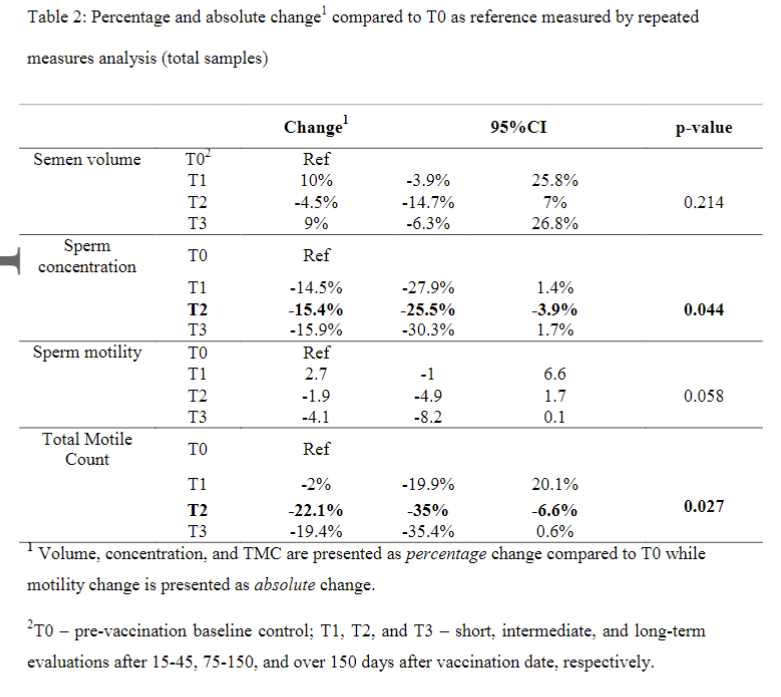 On the other hand, tables 3 and 4 at first sight do not give cause for concern, and these are the ones on which the discussion and conclusion are based, with table 2 being essentially ignored.

However, changes in median values as reported in tables 3 and 4 have the potential to miss very large changes in a significant subset of the subjects, which might not alter the median values at all, but might be of clinical significance to those particular individuals. In fact, mathematically a large shift in the mean value with no shift in the median value (as we see here) strongly implies that there is a subset of individuals who are experiencing a change which is substantially greater than the mean change observed.

What is particularly bizarre about this paper is the amount of discussion on medical misinformation which precedes the results discussion, as contained in this passage:

Opposed  to  that magnitude success, a parallel dramatic phenomenon of the fake news is spread over societies and countries. Content analysis determined that fake news could be divided into Health-and non-health-related  types  such  as  religious  beliefs,  politics,  economy,  prevention  of  the infection, the  origin of  the  disease,  conspiracy  theories  etc. World  Health Organization’s Director-General  declared  the  global  ‘over-abundance’  of  Covid-19   information an ‘infodemic’.

It is all the more odd – therefore – to find such an egregious omission and selective reporting of the data, made all the worse by the fact that there is no supplement available giving the raw data (which would not be especially onerous to collate given the relatively small number of subjects).

El Gato thinks that this approach is all about satisfying the censorious journals and peer-reviewers and getting the article published.  However, it is also possible that the deliberate contradictions inherent in their outrageous selective reporting of the data combined with the over-the-top protestations at misinformation are actually designed to draw attention to the totality of the data.

Whatever, it is clear that more studies in this area are urgently needed. It is of some concern that very few such studies have been reported to date, despite the relative ease of carrying them out, which involves no expensive blood tests or invasive procedures, merely the collection and standard analysis of a large number of well-timed sperm samples.