On a chilly morning in late January 2015,  an unlikely assortment of former U.S. and U.K. intelligence officers gathered at the former headquarters of the Stasi, the former East Germany’s Ministerium fuer Staatssicherheit  [Ministry of State Security], for a tour of Berlin’s “Stasi Museum.”

The delegation – which included ex-officers from the National Security Agency, the Central Intelligence Agency and British MI5, who count themselves among the members of the Sam Adams Associates for Integrity in Intelligence (SAAII) – had traveled to Berlin to confer the 2015 Sam Adams Award for Integrity in Intelligence on former NSA senior technical director-turned-whistleblower William Binney, for his role in exposing the extent of mass surveillance of ordinary citizens in the United States. 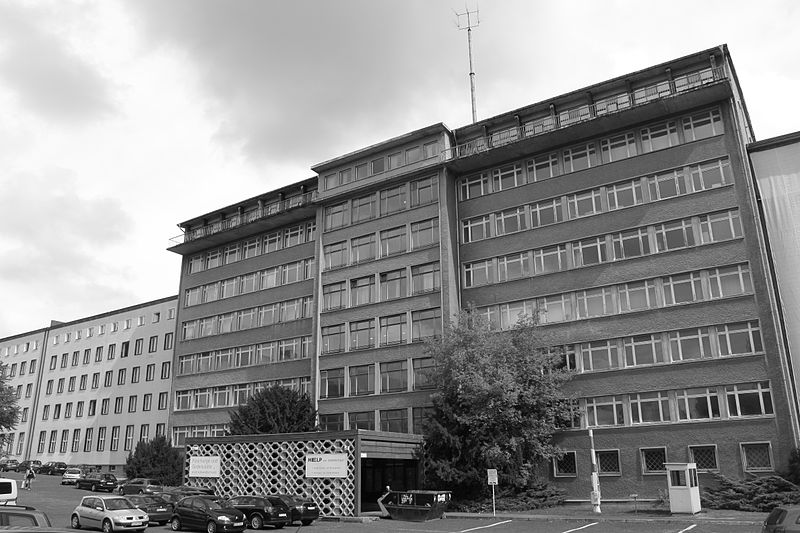 Binney had worked the Soviet target for nearly 30 years at NSA, “so it was easy for me to recognize the danger” to democracy and individual freedom posed by bulk data collection, “that’s what the Stasi did, the KGB did it – every totalitarian state down through history did that” (albeit with a lot less technological power than was available to the NSA).

Now, in a strangely fitting yet ironic twist, Binney stood among fellow whistleblowers in the entrance foyer at the spy headquarters of what was once the world’s foremost totalitarian surveillance state, one of whose former operatives, Wolfgang Schmidt, noted wistfully that the current extent of mass surveillance of the domestic U.S. population would have been a “dream come true” for the Stasi.

As Stasi Museum tour guide Julia Simoncelli described the inner workings of the East German intelligence service in great detail, it was telling to observe the facial expressions of Binney and his whistleblower colleagues as Simoncelli discussed what had been Stasi’s equivalent of the current U.S. “Insider Threat” program and the psychological levers used to manipulate citizens into informing on one another.

“They [the Stasi] figured out that there was a technique far more effective than force or violence to convince people to inform on one another, and that was to persuade them that doing so would be ‘good for them’, i.e., a place for their child at university, career advancement, an apartment, access to Western luxuries, et cetera,” explained Simoncelli.

The Stasi also made a point of uncovering what motivated a particular person, including what he/she feared most (anyone who has read Orwell’s 1984’ or seen the film “The Lives of Others” will have seen vivid examples of how such information can be exploited).

Annie Machon, a Sam Adams Associate and former MI5 officer who lived in exile for three years after blowing the whistle on MI5 illegalities along with her then-partner David Shayler, commented that the techniques used by the Stasi “brought back a lot of memories for me from the 1990s. Despite it being the analog [versus digital] era, it was startling how much personal data they could capture, and how much worse it is now for all of us.”

She observed that the Stasi Museum is “a potent warning from history,” adding that “the sense of loss of privacy in your own home, when phoning your family, and when talking to friends who may potentially be turned against you is corrosive to the human spirit.”

Machon noted that while the former East Germany “is always excoriated as the worst police state ever,” MI5 was deploying “exactly the same intrusive techniques as the Stasi against hundreds of thousands of political activists in the U.K. for decades, and only stopped in the mid-1990s.The penetration levels were not as high per capita, nor were people snatched and interrogated then (unless they were Irish) but the paranoid, barricade mentality was equivalent.”

Retired U.S. Army Major Todd Pierce, who served on the defense team for two Guantanamo Prison detainees in his capacity as a Judge Advocate General (JAG) officer, stated that “it was the Stasi that led the way in torture techniques, with us merely adopting theirs.”

The Stasi, Pierce said, “even led the way in teaching us about kidnapping-renditions, as they would kidnap West Germans and rendition them to East Germany for trial by military court (Military Commissions).”

Former FBI Special Agent Coleen Rowley, a previous recipient of the Sam Adams Award and Time Magazine’s 2002 Person of the Year for her role in exposing the FBI failure to share information that might have prevented the 9/11 attacks, commented that “what jumped out at me from that [Stasi Museum] tour in comparing all the excessive spying on the personal lives of citizens and oppression and abuse during that period of East German history was that, despite the use of different ideologies, religions and loyalty groups, and despite the use of new spy technologies, what remains constant is this form of ‘control-freak’ perceived need for domination.

“Those in power do tend to be ‘true believers’ in their own noble cause justifying their terribly wrongful, illegal methods.”

Rowley added that current “FBI-CIA methods against the Muslim community in the United States are not much different [from Stasi tactics], most likely also assisted by intelligence unlawfully gained through electronic surveillance to extort and coerce collusion.”

And, in earlier comments during the Sam Adams Award ceremony, former NSA senior executive Thomas Drake, who won the Sam Adams Award in 2011 jointly with former Justice Department attorney Jesselyn Radack, reflected: “Here we are, on what used to be the front lines of the Cold War, facing the greatest threat in terms of what we’ve created electronically which is the real prospect of turnkey tyranny of a digital kind.”

Drake said he “never imagined that the model of the Stasi, which was to know everything, would turn into the collect-it-all digital dragnet.”

As the former intelligence officers-turned-whistleblowers walked among the well-preserved offices and conference rooms of a former totalitarian state’s internal spy apparatus, the sense of deja vu and irony of what the United States of America has become was clearly not lost on any of them.

One thought on “Examining the Stasi, Seeing the NSA”