Immediately after Donald Trump’s announcement of withdrawal of American troops from Syria on December 19, the Kurdish leadership reportedly threatened [1] to set free hundreds of Islamic State’s prisoners and their family members being held in makeshift prisons in the Kurdish-held areas of Syria.

END_OF_DOCUMENT_TOKEN_TO_BE_REPLACED

17 January 2019 — Oriental Review
There is a marked unease in US military and defence industry circles regarding advances in high-precision hypersonic weapons that they believe are being actively developed in Russia and the People’s Republic of China.

END_OF_DOCUMENT_TOKEN_TO_BE_REPLACED

The greatly intensified austerity that has been imposed in the UK since 2010 has been looked to with considerable approval by right wing imitators. Among countries that had developed a relatively adequate ‘welfare state’, the attack on social provision in the UK has been outstandingly severe. One of the key elements of this has been a drive to degrade social benefit systems. The central objective has not been, as is generally claimed, to save money but rather to ensure a level of desperation that drives people into low wage precarious work and depresses the level of real wages.
END_OF_DOCUMENT_TOKEN_TO_BE_REPLACED

John Pilger, as foreign correspondent, covered Bangladesh’s Liberation War. His front-page report ‘Death of a Nation’ alerted the world to the life-and-death struggle of the Bengali people. He has been a war correspondent, author and documentary filmmaker who has won British journalism’s highest award twice. For his documentary films, he has won an American Television Academy Award, an Emmy, and a British Academy Award given by the British Academy of Television Arts. He has received the United Nations Association Peace Prize and Gold Medal. His 1979 documentary, Cambodia Year Zero, is ranked by the British Film Institute as one of the 10 most important documentaries of the 20th century. He is the author of numerous best-selling books, including Heroes, A Secret Country, The New Rulers of the World, and Hidden Agendas. In an exclusive (electronic) interview with Eresh Omar Jamal of The Daily Star, Pilger talks about his coverage of Bangladesh’s Liberation War, the state of journalism today, and the current political shifts happening in the West.

END_OF_DOCUMENT_TOKEN_TO_BE_REPLACED 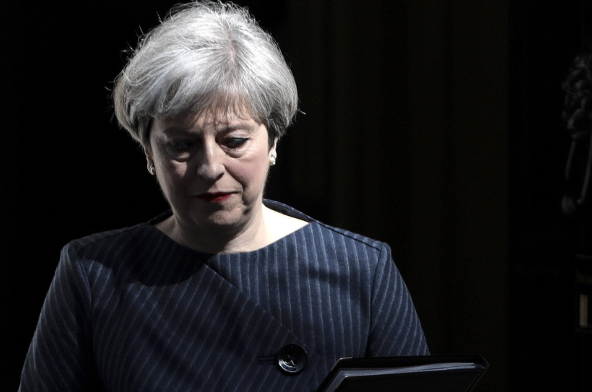 The TruePublica Editor: Theresa May dared MPs to vote for a General Election after her Brexit deal suffered the worst defeat in British history. The PM asked Labour to call a confidence vote in the House of Commons after 432 MPs voted to kill off the withdrawal agreement with only 202 backing her. It was a crushing defeat like no other. Never in our lifetime has a prime minister been humiliated like this. And yet she staggers on. And calling their bluff had a reason.

END_OF_DOCUMENT_TOKEN_TO_BE_REPLACED

Theresa May’s government survived a no-confidence vote Wednesday night brought by Labour Party leader Jeremy Corbyn. MPs voted by 325 to 306 with all 314 MPs of her divided Conservative Party voting to keep the government in office. They were joined by the 10 MPs of the Democratic Unionist Party and an independent unionist.

END_OF_DOCUMENT_TOKEN_TO_BE_REPLACED

The speech made by Secretary of State Mike Pompeo at the American University in Cairo on January 10th deserves more attention than it has received from the US media. In it, Pompeo reveals his own peculiar vision of what is taking place in the Middle East, to include the impact of his own personal religiosity, and his belief that Washington’s proper role in the region is to act as “a force for good.” The extent to which the Secretary of State was speaking for himself was not completely clear, but the text of the presentation was posted on the State Department website without any qualification, so one has to assume that Pompeo was representing White House policy.

END_OF_DOCUMENT_TOKEN_TO_BE_REPLACED

I’m standing atop Rush Hill on Alaska’s remote St. Paul Island. While only 665 feet high, it provides a 360-degree view of this tundra-covered, 13-mile-long, seven-mile-wide part of the Pribilof Islands. While the hood of my rain jacket flaps in the cold wind, I gaze in wonder at the silvery waters of the Bering Sea. The ever-present wind whips the surface into a chaos of whitecaps, scudding mist, and foam.

END_OF_DOCUMENT_TOKEN_TO_BE_REPLACED

The new EU Copyright Directive is progressing at an alarming rate. This week, the EU is asking its member-states to approve new negotiating positions for the final language. Once they get it, they’re planning to hold a final vote before pushing this drastic, radical new law into 28 countries and 500,000,000 people.

END_OF_DOCUMENT_TOKEN_TO_BE_REPLACED

The Empire’s European castle of vassals is crumbling. Right in front of our eyes. But Nobody seems to see it. The European Union (EU), the conglomerate of vassals – Trump calls them irrelevant, and he doesn’t care what they think about him, they deserve to be collapsing. They, the ‘vassalic’ EU, a group of 28 countries, some 500 million people, with a combined economy of a projected 19 trillion US-dollar equivalent, about the same as the US, have submitted themselves to the dictate of Washington in just about every important aspect of life.

END_OF_DOCUMENT_TOKEN_TO_BE_REPLACED

Like Loading...
January 17, 2019Leave a comment
17 January 2019 — Strategic Culture Foundation
The situation in Syria evolves daily and sees two situations very closely linked to each other, with the US withdrawal from Syria and the consequent expansionist ambitions of Erdogan in Syria and the Hay’at Tahrir al-Sham (HTS) takeover in Idlib that frees the Syrian Arab Army (SAA) and Russian aviation to liberate the de-escalation zone.