The accession of a new monarch has led many to question the nature of their citizenship (along with their right to protest). But the citizenship of many British citizens, particularly Muslims, has been in question for some time. A new IRR report, Citizenship: from right to privilege by Frances Webber shows how changes in the law over the past two decades have made citizenship precarious, disposable and contingent for a number of minority ethnic Britons, mainly Muslim, leading to a ‘second class citizenship’ for British Muslims.

This week, black justice campaigners have supported the family and friends of Chris Kaba, shot dead in south London on 5 September by a Met police officer from the Specialist Firearms Command. Thousands marched in central London at the weekend, as the family, supported by Inquest, made demands of the Independent Office for Police Conduct investigators. The IOPC has now opened a homicide investigation into the officer who fired the fatal shot and the Met, albeit belatedly, have suspended the officer from frontline duties – a move seemingly resisted by firearms officers. Read more about the family’s demands in our regular calendar of racism and resistance and in this article by Stafford Scott – and listen to an interview with the Kaba family’s local MP, Bell Ribeiro-Addy.

Earlier this year, the IRR published a pamphlet on the life of actor, singer, activist Pearl Prescod, the first female black actor at the National Theatre, playing Tituba in the 1965 production of ‘The Crucible’. As the National Theatre revives the play this week, poet and educator Chris Searle reminisces about seeing Pearl’s Tituba in 1965 and explores the limited roles for black actors at the time.

IRR is entering a busy autumn period of IRR50 celebrations. In two weeks, we’ll be in Liverpool for The World Transformed festival with a panel discussion on ‘New Circuits of Anti-racism’- also the title of our special IRR50 conference at King’s College London on Saturday 15 October. In-person tickets are limited, so if you’d like to attend, we recommend signing up to the pre-registration list, where tickets will be made available tomorrow. 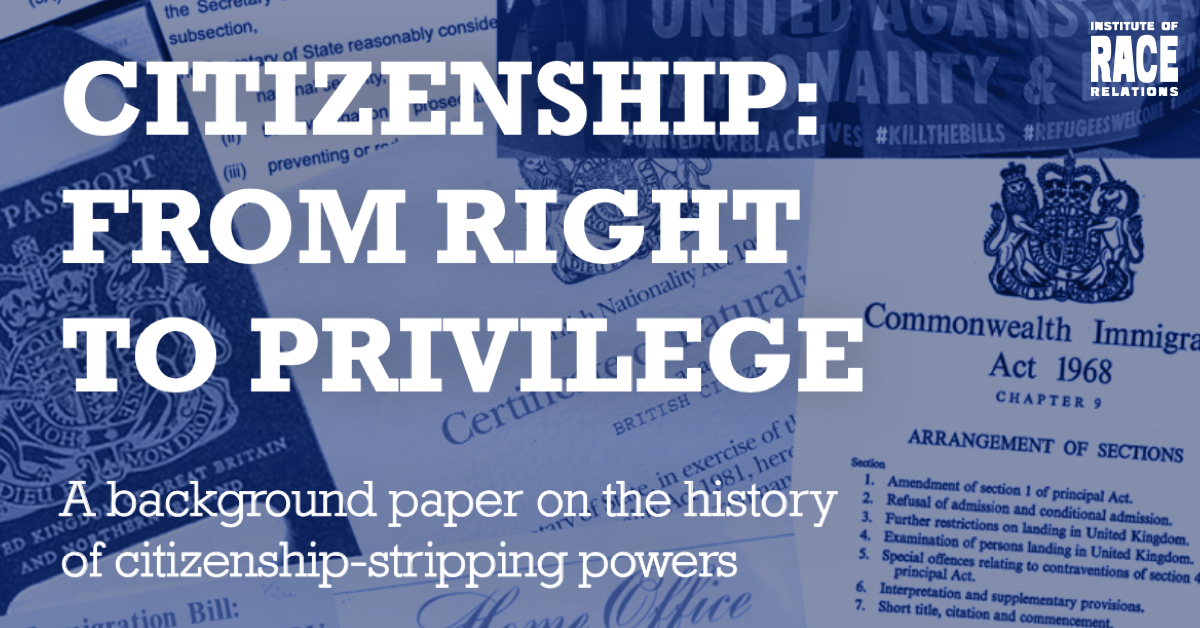 A history of citizenship-stripping powers Citizenship: from right to privilege

Citizenship-stripping powers introduced since 2002 have enshrined a ‘second-class citizenship’ in the UK, mainly affecting British Muslims, says a new report by IRR Vice-Chair Frances Webber. Frances spoke to Times Radio about the report and also did an in-depth interview with Middle East Monitor. You can read about the report in The Guardian. 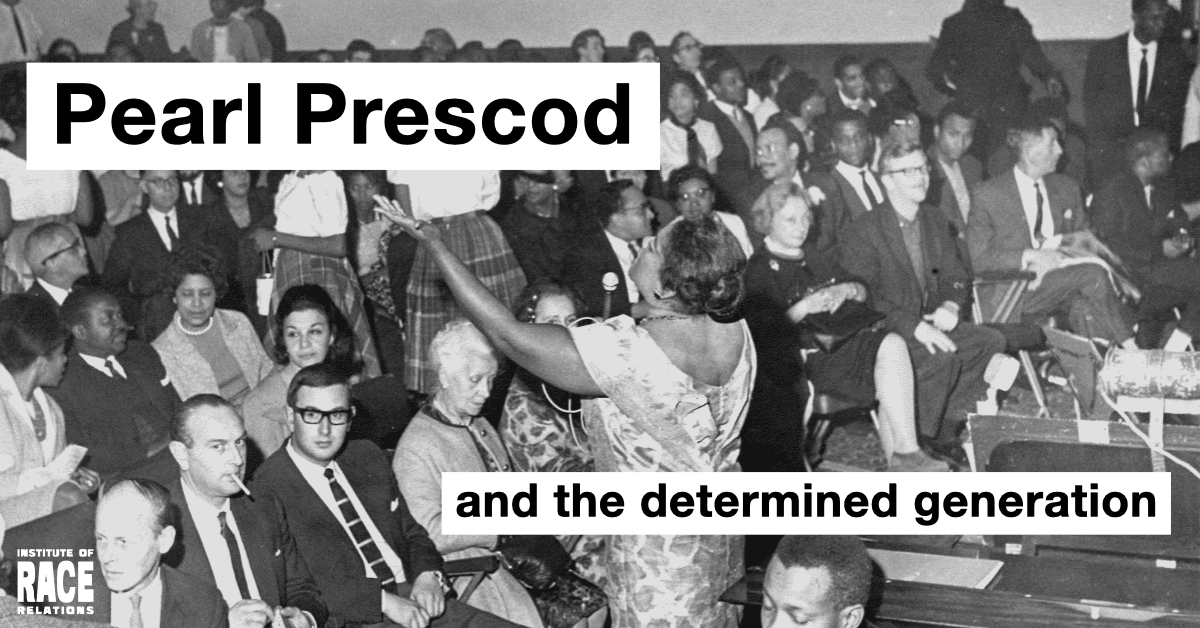 Chris Searle on seeing Pearl’s Tituba in The Crucible

Pearl Prescod and the determined generation

As The Crucible returns to the National Theatre, poet and educator Chris Searle reminisces about seeing Pearl Prescod as Tituba and explores the limited roles for Black actors at the time and those who, still relatively unknown, broke through.

Read now
A fortnightly resource for anti-racist and social justice campaigns, highlighting key events in the UK and Europe. Calendar of Racism & Resistance 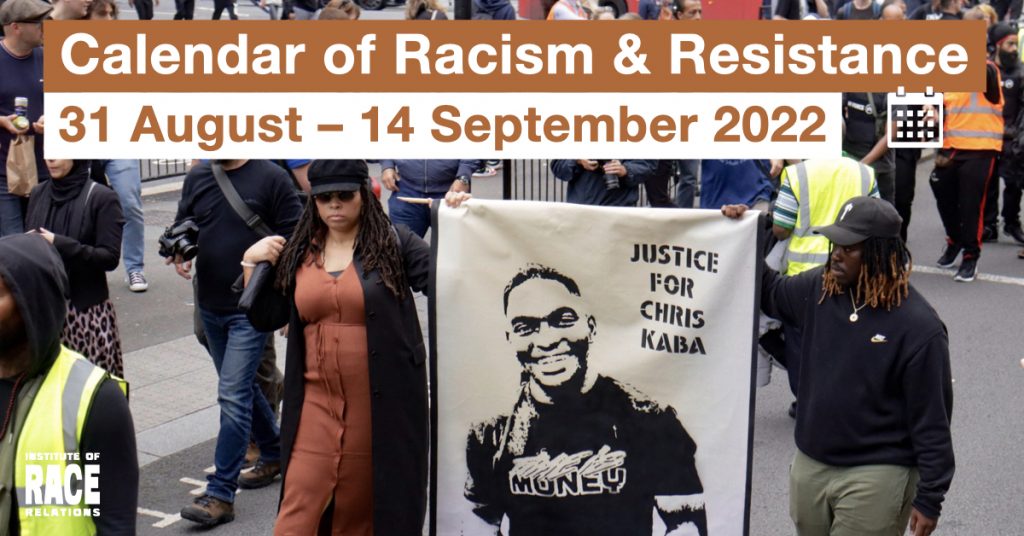 This week’s calendar provides updates on the UK and Danish Rwanda plans. Denmark now signs a bilateral cooperation statement with Rwanda for the ‘transfer’ of up to 1,000 asylum seekers a year. The electoral politics section makes for sobering reading, as far-Right ‘our own people first’ policies go mainstream in Sweden, Poland, Italy and Czech Republic. Whilst in policing, we include updates on the killing of Chris Kaba. 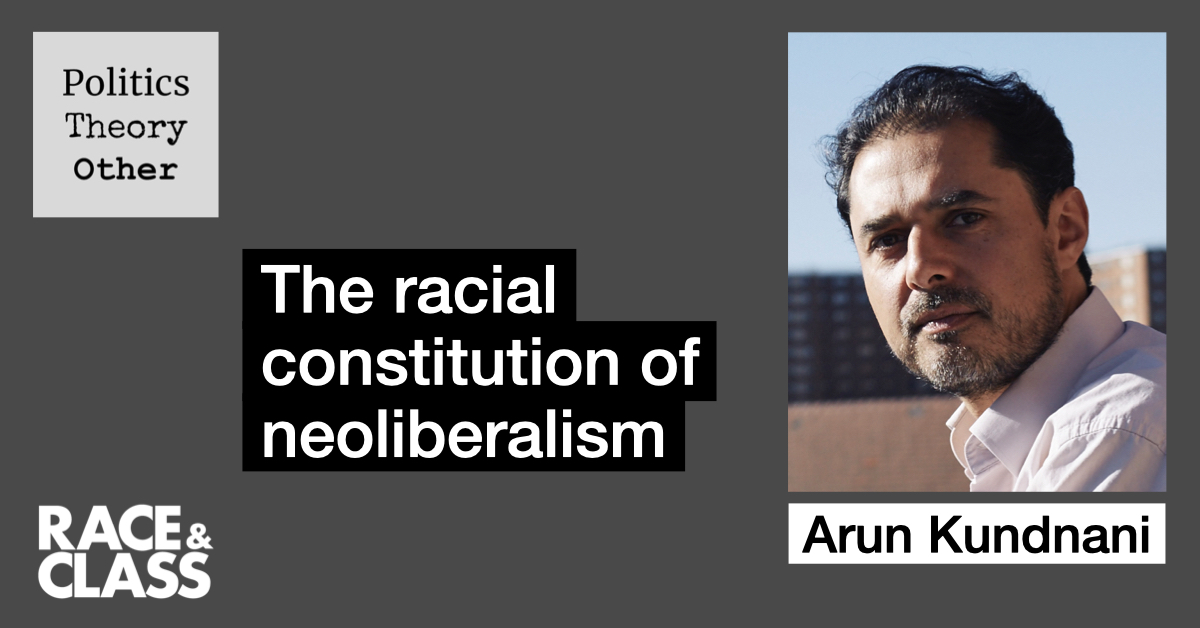 Podcast with Arun Kundnani The racial constitution of neoliberalism

Race & Class editorial working committee member Arun Kundnani spoke to the Politics Theory Other podcsst about his Race & Class piece, The racial constitution of neoliberalism and how more liberal forms of anti-racism have created a gulf between race politics and class politics. Listen via Soundcloud and read his article on Sage publishing – free access for the next two weeks.