Levees.org has created a video documentary using footage captured by an Amsterdam-based filmmaker while in The Netherlands this past May

HJ Bosworth Jr and Sandy Rosenthal were part of US Senator Mary Landrieu’s Second Congressional Delegation (CoDel) excursion to Holland. Unlike the first CoDel which studied peripheral barriers (floodgates), the goal of the Second CoDel was to see how the Dutch live with – and manage – water in urban settings.

more about “Protecting Coastal Communities: The D…“, posted with vodpod

The following call to climate action was developed last Fall during a meeting of nearly 100 activists from organizations around the world who came together in Copenhagen, Denmark to discuss a mobilization on climate change to coincide with the 2009 UN climate conference that begins in Copenhagen on November 30, 2009.

A Call to Climate Action

We stand at a crossroads. The facts are clear. Global climate change, caused by human activities, is happening, threatening the lives and livelihoods of billions of people and the existence of millions of species. Social movements, environmental groups, and scientists from all over the world are calling for urgent and radical action on climate change.

On the 30th of November, 2009 the governments of the world will come to Copenhagen for the fifteenth UN Climate Conference (COP-15). This will be the biggest summit on climate change ever to have taken place. Yet, previous meetings have produced nothing more than business as usual.

There are alternatives to the current course that is emphasizing false solutions such as market-based approaches and agrofuels. If we put humanity before profit and solidarity above competition we can live amazing lives without destroying our planet. We need to leave fossil fuels in the ground. Instead we must invest in community-controlled renewable energy. We must stop over-production for over-consumption. All should have equal access to the global commons through community control and sovereignty over energy, forests, land and water. And of course we must acknowledge the historical responsibility of the global elite and rich Global North for causing this crisis. Equity between North and South is essential.

Climate change is already impacting people, particularly women, indigenous and forest-dependent peoples, small farmers, marginalized communities and impoverished neighborhoods who are also calling for action on climate- and social justice. This call was taken up by activists and organizations from 21 countries that came together in Copenhagen over the weekend of
13-14 September, 2008 to begin discussions for a mobilization in Copenhagen during the UN’s 2009 climate conference.

The 30th of November, 2009 is also the tenth anniversary of the World Trade Organization (WTO) shutdown in Seattle, which shows the power of globally coordinated social movements.

We encourage everyone to start mobilizing today in your own neighborhoods and communities. It is time to take the power back. The power is in our hands. Hope is not just a feeling, it is also about taking action.

Megrahi is to point the finger

AN AMERICAN citizen is to be named by the Lockerbie bomber as the man who really carried out the terrorist attack on Pan Am Flight 103.

Lawyers for the bomber were to argue that an ‘elusive’ terrorist codenamed Abu Elias planted the bomb in December 1988, causing the deaths of 270 innocent people.

Megrahi is now expected to identify the man behind this alias.

The Scottish Sunday Express tracked this man down to his home in the US, and he strongly denied having anything to do with the atrocity.

However, we can reveal that he has connections to at least two international terrorists and a Palestinian terror group, as well as links to the US intelligence services.

END_OF_DOCUMENT_TOKEN_TO_BE_REPLACED 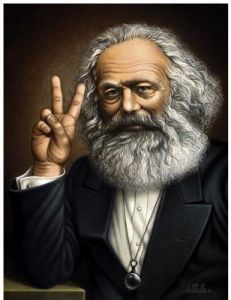 I often wonder how Karl Marx would react were he to find himself here, right now? After all, he too lived through momentous and world-changing times, perhaps even more so than the changes we are experiencing, given that his was the world that gave birth to the rise of the Machine and capitalism as we know it. Born on the cusp so-to-speak and I too, was born on the cusp, 23 July, 1945, a couple of weeks before the empire showed the world that it was truly barbarian when it dropped atomic bombs on Hiroshima and Nagasaki.

I also caught the tail-end of 20th century socialist culture, warts an’ all. But I did more than just catch the tail-end, I inherited the culture of the two generations of lefties that preceded mine, one that stretched from here in the UK to the edge of the Black Sea. Worker intellectuals are a unique product of the Industrial Revolution, my father was one of them. Self-taught, multi-skilled (and talented), his father started out working for some lordship or other as a plantsman, growing orchids I think; moved to the city were he managed a Cross & Blackwell warehouse. He was a socialist by nature, a believer in ‘natural justice’ and he communicated it to all of his eight kids.

END_OF_DOCUMENT_TOKEN_TO_BE_REPLACED

The fight for climate justice, as that phrase is used in the title of this new anthology, comprises struggles around a compendium of related environmental and social issues. All of these struggles arise out of capitalism’s relentless assault on the natural resources of our planet and its exploitative systems of production and world trade.

The worldwide character of the growing environmental movement is reflected in the diverse list of contributors to the book. Australia and the U.K., with active climate justice movements, are well represented here, along with writers from France, Belgium, South Africa, USA, Canada, and Latin America. Several of these 46 works have been translated from other languages and appear in English for the first time in this volume.

Many of the articles, speeches, interviews and essays provide comprehensive descriptions and analyses of how capitalism has brought humanity to the brink of ecological destruction. Many also provide useful and practical perspectives for advancing the struggle further in an anticapitalist direction. Most of the book’s contributors write or speak from an ecosocialist perspective.