Documents obtained by The Grayzone reveal plans by a cell of British military-intelligence figures to organize and train a covert Ukrainian “partisan” army with explicit instructions to attack Russian targets in Crimea.

On October 28th, a Ukrainian drone attack damaged the Russian Black Sea fleet’s flagship vessel in the Crimean port of Sevastopol. Moscow immediately blamed Britain for assisting and orchestrating the strike, as well as blowing up the Nord Stream pipelines – the worst acts of industrial sabotage in recent memory.

END_OF_DOCUMENT_TOKEN_TO_BE_REPLACED

The secret British intelligence plot to blow up Crimea’s Kerch Bridge is revealed in internal documents and correspondence obtained exclusively by The Grayzone.

END_OF_DOCUMENT_TOKEN_TO_BE_REPLACED

The formation of the North Atlantic Treaty Organization (NATO) and the rearmament of Germany confirmed that for the United States, the war in Europe was not entirely over. It still isn’t.

END_OF_DOCUMENT_TOKEN_TO_BE_REPLACED

(The New Atlas) – Since 2014 the US-backed regime in Kiev had not only waged relentless war against ethnic-Russians in the Donbas region of eastern Ukraine, it also deliberately built a dam to prevent fresh water from reaching Russian Crimea.

While the Western media depicts Russia’s ongoing military operations in Ukraine as a “crime,” Russian forces are in fact ending various long-standing crimes by the current regime against both the Ukrainian people and Ukraine’s neighbors.
END_OF_DOCUMENT_TOKEN_TO_BE_REPLACED

The Russian Foreign Minister Sergey Lavrov exhorted today in an extraordinary statement that the state authorities and the society at large must mobilise their resources amid the West’s pressure. Addressing an audience in Vladivostok, Lavrov said,

END_OF_DOCUMENT_TOKEN_TO_BE_REPLACED

NATO reports that it conducted what is described as air defense exercises in the Black Sea on July 2. Evidently the maneuvers were independent of the 32-nation Sea Breeze naval and air exercises occurring simultaneously. And of the recent port visits and participation in exercises by the HMS Defender guided-missile destroyer and the HNLMS Evertsen frigate in the same sea, the first almost triggering an international incident if not a war on June 23.

END_OF_DOCUMENT_TOKEN_TO_BE_REPLACED

Last week someone ‘leaked’ a number of confidential papers from the British Ministry of Defence to the BBC:
END_OF_DOCUMENT_TOKEN_TO_BE_REPLACED

The pre-positioning of the BBC correspondent on HMS Defender shatters the pretence that the BBC is something different to a state propaganda broadcaster. It also makes plain that this propaganda exercise to provoke the Russian military was calculated and deliberate. Indeed that was confirmed by that BBC correspondent’s TV news report last night when he broadcast that the Defender’s route “had been approved at the very highest levels of the British government.”

END_OF_DOCUMENT_TOKEN_TO_BE_REPLACED

The Brits were getting a bit uppity today so the Russians responded by opening fire:

A Russian patrol ship and fighter jet have fired warning shots after the British destroyer HMS Defender violated the country’s border in the Black Sea. The UK embassy’s defense attaché has been summoned by officials in Moscow.

END_OF_DOCUMENT_TOKEN_TO_BE_REPLACED

Sometimes it is worth stating the obvious. The United Kingdom does not have a coast in the Black Sea. British warships are not infesting the Black Sea out of a peaceful intent, and there is no cause for them to be entering disputed waters close to anybody’s coast. This is not a question of freedom of navigation under the UN Convention of the Law of the Sea. There is nowhere that a British warship can be heading from the UK under the right of innocent passage that would require it to pass through coastal waters by Crimea. The Black Sea is famously a cul-de-sac.

END_OF_DOCUMENT_TOKEN_TO_BE_REPLACED

The Colossus in modern European history with whom Russian President Vladimir Putin would draw comparison might be Otto von Bismarck, the first Chancellor of the German Empire who unified his country out of the scattered pieces. Putin is very familiar with German history, culture, society.

END_OF_DOCUMENT_TOKEN_TO_BE_REPLACED

Yesterday CNN said that the US is considering sending warships to the Black Sea amid Russia-Ukraine tensions. That the U.S. is ‘considering’ this is however disinformation:
END_OF_DOCUMENT_TOKEN_TO_BE_REPLACED

US Navy guided-missile destroyer USS Porter sails in the Bosphorus, Istanbul, on its way to the Black Sea, January 28, 2021

The terrible beauty of “frozen conflicts” is that it takes hardly any effort to turn up the heat and re-escalate them into hot violence, but pressing the “pause” button later would need consensus, which is not so easy. The frozen conflict in Ukraine’s Donbass has gone through this cycle repeatedly, and is lurching toward another.

END_OF_DOCUMENT_TOKEN_TO_BE_REPLACED 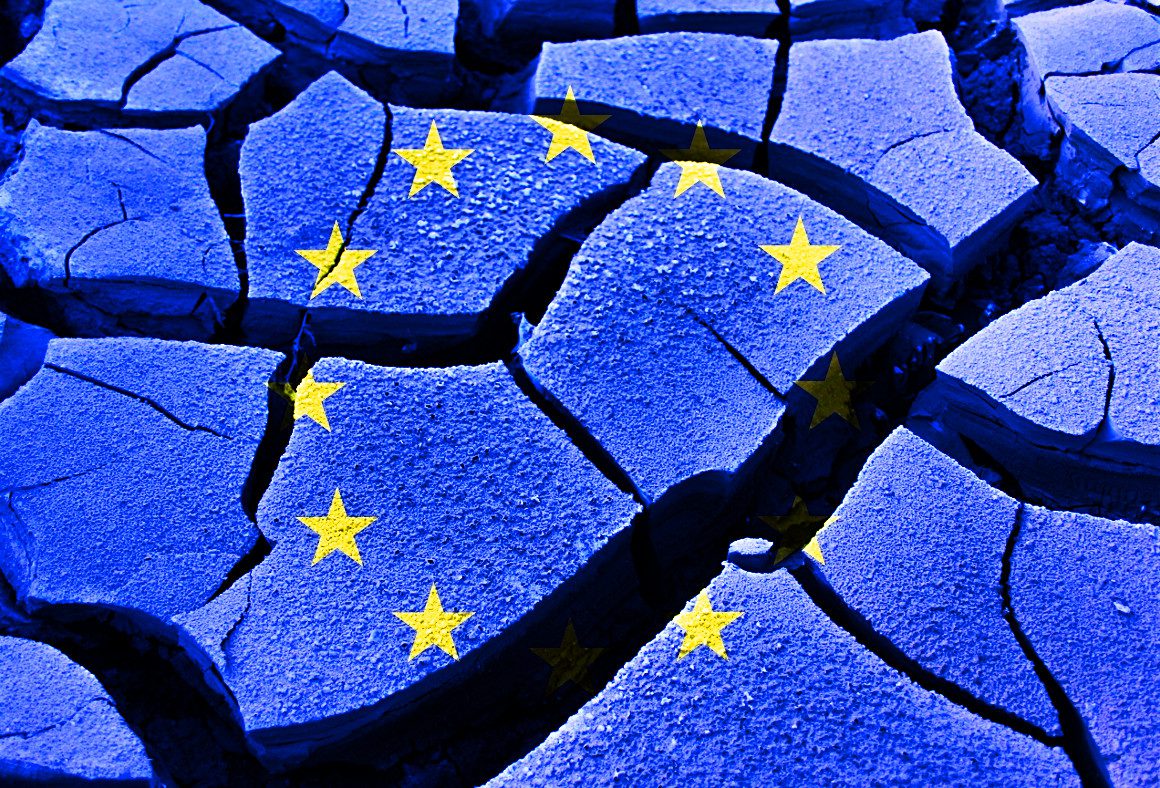 2014: The expansion of NATO in the late 20th and early 21st centuries had posed a serious strategic threat to Russia’s security. In 1999 the Czech Republic, Hungary and Poland joined NATO. In 2004 they were followed by the Baltics, Romania, Bulgaria, Slovakia and Slovenia; Albania and Croatia joined in 2009.

END_OF_DOCUMENT_TOKEN_TO_BE_REPLACED

Crimea is essential to Russia strategically and economically, but speculation over Ankara helping to boost the US presence in the Black Sea is far-fetched given Turkey’s energy deals with Moscow

The frigate Admiral Essen from Russia’s Black Sea Fleet returns to the permanent naval base in Sevastopol, Crimea. It was part of Russia’s Mediterranean taskforce from August 2018, spending about 300 days at sea. Photo: AFP/ Alexey Malgavko / Sputnik

END_OF_DOCUMENT_TOKEN_TO_BE_REPLACED 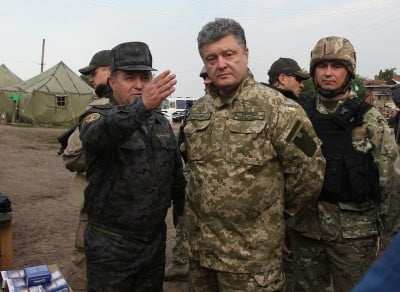 On the margins of D-Day celebrations in Normandy in June 2014, Poroshenko agreed with Putin to start talks on a ceasefire, for which a Russian emissary arrived in Kiev on the 8th. On 24 June the Russian Federation Council revoked the authority granted to Putin in March to deploy Russian troops in Ukraine. Moscow had already indicated it did not want the Donbass insurgency to lead to secession when it refused to honour a referendum on the issue. It did recognise the results of the Ukrainian presidential election, leading to angry accusations by Strelkov and other commanders of the insurgency. Russia, however, was responding to an apparent EU willingness to give it a breathing space. After Kiev signed the economic Association Agreement with the EU on 27 June, implementation of the DCFTA [Deep and Comprehensive Free Trade Agreement] was postponed to 31 December 2015.
END_OF_DOCUMENT_TOKEN_TO_BE_REPLACED

The New York Times, in its recent rebuff of comments President Donald Trump made about Russia, seems not to have evolved its understanding of US geopolitics past an 8th grade level. Trump had been asked by Fox News’ Bill O’Reilly (2/5/17) why he wouldn’t condemn Vladimir Putin, whom O’Reilly called a “killer.”

“You got a lot of killers,” Trump told O’Reilly. “What, you think our country’s so innocent?”

END_OF_DOCUMENT_TOKEN_TO_BE_REPLACED

The exoneration of a man accused of the worst of crimes, genocide, made no headlines. Neither the BBC nor CNN covered it. The Guardian allowed a brief commentary. Such a rare official admission was buried or suppressed, understandably. It would explain too much about how the rulers of the world rule. The International Court of Justice (ICJ) in The Hague has quietly cleared the late Serbian president, Slobodan Milosevic, of war crimes committed during the 1992-95 Bosnian war, including the massacre at Srebrenica.

END_OF_DOCUMENT_TOKEN_TO_BE_REPLACED

Paris. – In Germany these days, very many citizens object to the endless Russia-bashing of the NATO-oriented mainstream media.  They may point out that the U.S.-backed regime change in Kiev, putting in power an ultra-right transitional government eager to join NATO, posed an urgent threat to preservation of Russia’s only warm water naval base in Crimea. Under the circumstances, and inasmuch as the Crimean population overwhelmingly approved, reinstating Crimea in the Russian federation was a necessary defensive move.