The U.S. Imperialists Continue To Conceal Their Destruction & Robbery Of Syria

According to what we’ve been hearing from the Western media for these last nine years since the Syrian war started, the U.S. hasn’t had any detrimental role to play-and imperialism couldn’t possibly be any kind of relevant factor. But there’s a reason why non-imperialist Syria reporters like Vanessa Beeley have been thoroughly attacked, and why so many people (including me) have been censored for speaking the truth about what the Washington imperialists have done. The Syria narrative managers are so anxious to crush opposing voices because if those voices get recognition, a vast series of U.S. crimes will be exposed.

END_OF_DOCUMENT_TOKEN_TO_BE_REPLACED

Biden Offers Nothing But More War, Austerity and White Supremacy – Without Trump

Glen Ford, BAR Executive Editor
Biden is an unreconstructed racist and warmonger who has been in the forefront of austerity, and Harris is a party hack and mass Black incarcerator who became a prosecutor with police union endorsement.

Margaret Kimberley, BAR senior columnist
The Democrats claim to be the opposition party, but they seek out Republicans, hate the left of their own party, and don’t seem to care if they lose the election.
END_OF_DOCUMENT_TOKEN_TO_BE_REPLACED

For months, government officials in countries like the United States and Britain have been claiming that the world is in the midst of an unprecedented ‘pandemic’. But how much of this crisis is truly down to a pathogen and how much is really down to governments’ reactionary lockdown policies? Are decisions really being made based on sound science, or are they being made based on hype and hysteria?

END_OF_DOCUMENT_TOKEN_TO_BE_REPLACED

RootsAction.org is joining with a rapidly growing list of organizations and individuals from around the world to send an urgent appeal to the presidents, prime ministers, and legislatures of nine nuclear nations: China, France, India, Israel, North Korea, Pakistan, Russia, the United Kingdom, and the United States.

END_OF_DOCUMENT_TOKEN_TO_BE_REPLACED

On 18 August, soldiers from the Kati barracks outside Bamako (Mali) left their posts, arrested president Ibrahim Boubacar Këita (IBK) and prime minister Boubou Cissé, and set up the National Committee for the Salvation of the People (CNSP). In effect, these soldiers conducted a coup d’état. This is the third coup in Mali, after the military coups of 1968 and 2012. The colonels who conducted the coup – Malick Diaw, Ismaël Wagué, Assimi Goïta, Sadio Camara, and Modibo Koné – have said that they will relinquish power as soon as Mali has been able to organise a credible election. These are men who have worked closely with military forces from France to Russia, and unlike the coup leaders of 2012 – headed by Captain Amadou Sanogo – they are sophisticated diplomats; they have already demonstrated their skill in manoeuvring the media.

END_OF_DOCUMENT_TOKEN_TO_BE_REPLACED 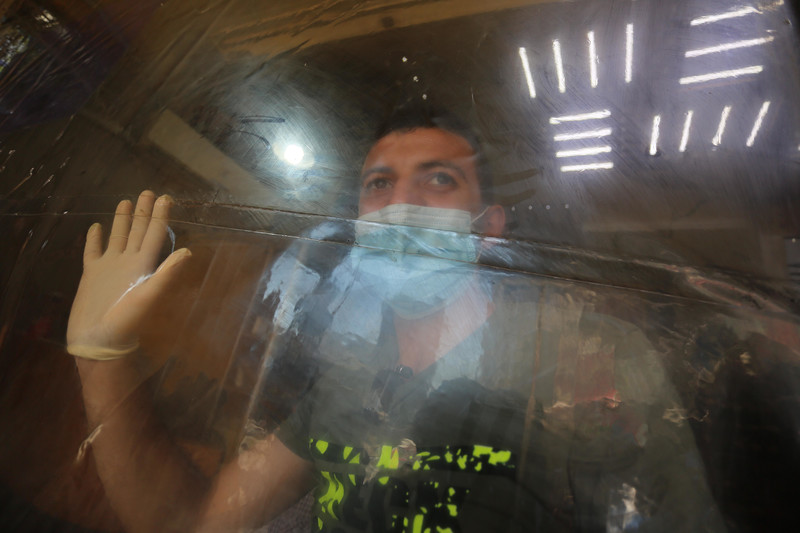 A worker in Khan Younis during a lockdown imposed following the discovery of the first coronavirus cases in the Gaza Strip outside of quarantine centers, 25 August. Ashraf Amra APA images

After The Electronic Intifada reported on the removal of the Gaza health ministry’s page, Facebook restored it.

END_OF_DOCUMENT_TOKEN_TO_BE_REPLACED

The UK is not protecting the rights of its marginalised people – and matters are worse in the wake of coronavirus. But civil society is providing hope. During this crisis, can the UK government be trusted to put people’s needs over financial interests? – Carys Boughton. All rights reserved.

The coronavirus pandemic has revealed to many what was already obvious to plenty: that after forty years of privatisation and deregulation and after 10 years of austerity, the United Kingdom is a country in which financial interests too often override those of our most vulnerable citizens.