The lockdown will have caused MORE deaths from Covid-19

The report, analysing the information available to UK policymakers in March, says schools shouldn’t have shut, that only vulnerable groups like the old should have been isolated, & that herd immunity may have been a better route.

A new paper by researchers at Edinburgh University suggests that lockdowns do not help to reduce the death toll from Covid-19, but may simply postpone those deaths. It’s another piece of evidence that suggests that a different strategy to combat the pandemic – one that doesn’t impose blanket restrictions across society – is needed.

The research was done by a team from Edinburgh’s School of Physics and Astronomy. If that sounds odd, Professor Graeme Ackland, one of the authors, has a good explanation. He told me: “From March, every serious epidemiologist has been seconded to SPI-M (the Scientific Pandemic Influenza Group on Modelling) and SAGE (the main Scientific Advisory Group for Emergencies), producing new research on a timescale of days. There simply aren’t enough of them to also do replication or even careful peer review. But there were thousands of people who could do data-cleaning, code checking, validation and replication.”

Ackland and his colleagues were, he says, “tasked by SPI-M and SAGE with exploring any ‘reservations’. SPI-M understood very well the problem of groupthink in a closed community, and asked us to ‘kick the tyres’ on everything. Another thing real epidemiologists would do themselves given enough time.”

Also on rt.com Thousands of the world’s top scientists are finally speaking out against lockdowns. Let’s pray it’s not too little, too late

Their paper is not really a criticism of the original modelling done before lockdown. In fact, it uses the model used by Imperial College to assess a wider range of scenarios than was done at the time. “My overall opinion”, says Ackland, “is that the government’s experts have reliably produced better predictions than the ‘newspaper experts’.”

One sentence in the new paper is particularly striking in regards to the original Imperial College work: “Contrary to popular perception, the lockdown, which was then implemented, was not specifically modelled in this work.” Given that lockdown carried on for months, and schools remained shut until the autumn, the failure to go back to see what the model says about the effects of lockdown is remarkable.

The aim of the paper is to “replicate and analyse the information available to UK policymakers when the lockdown decision was taken in March 2020”. The paper concludes that the original model would have provided a good forecast if based on a reproduction number for the virus of 3.5. (The Imperial report on 16 March was based on the ‘R’ being between 2.2 and 2.4.) The counter-intuitive outcome of the model is that it suggests that “school closures and isolation of younger people would increase the total number of deaths, albeit postponed to a second and subsequent waves”.

The model suggests that prompt interventions were effective in reducing peak demand for intensive care beds, but would also prolong the epidemic. In some scenarios, this could lead to more deaths in the long term. Why? Because, as the paper notes, “Covid-19 related mortality is highly skewed towards older age groups. In the absence of an effective vaccination programme, none of the proposed mitigation strategies in the UK would reduce the predicted total number of deaths below 200,000.”

It’s wise to be cautious about any particular numbers. When researchers applied a similar model to Sweden, for example, the numbers were far in excess of the real outcomes. Nonetheless, the thing that really caused alarm back in March wasn’t the much-quoted half a million deaths from a ‘do nothing’ policy. It was the Imperial team’s assertion that the ‘most effective mitigation strategy’ they examined – case isolation, household quarantine and social distancing of the elderly – would lead to around 250,000 deaths. 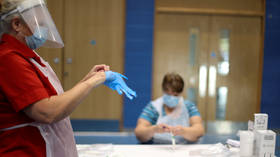 This was the reason, we were told, that nothing short of lockdown would do. If the government had asked Ferguson to model lockdown, and the result was 200,000 deaths – in other words, in the same ballpark – would we have gone into lockdown, given the damage it has done?

Specifically, for Covid-19, closing schools and universities was a serious mistake, it would seem (contrary to comments in April by Professor Neil Ferguson, who led the original modelling). Keeping them open would have meant lots of younger people getting the virus, with relatively little harm, but would have speeded up the process of achieving ‘herd’ immunity.

In conclusion, the authors write: “The optimal strategy for saving lives in a Covid-19 epidemic is different from that anticipated for an influenza epidemic with a different mortality age profile.” At the very least, says Ackland, schools could have remained open while doing everything possible to protect the most vulnerable groups. The absolute priority was to keep the disease out of hospitals and care homes.

Unsurprisingly, this is exactly the message coming from SAGE before the Imperial College modelling results were published on 16 March. For example, Professor Graham Medley – the chair of SPI-M and a member of SAGE, told BBC Newsnight on 13 March: “This virus is going to be with us for a long time, we’re going to have an epidemic and then it will become endemic and join in with all the other coronaviruses that we all have all the time, but don’t notice. We’re going to have to generate what we call herd immunity. So that’s a situation where the majority of the population are immune to the infection. And the only way of developing that in the absence of a vaccine is for the majority of the population to become infected.”

The trick is to ensure that the people who are worst affected by the disease are protected from it – which, despite the lockdown, the UK government failed to do. 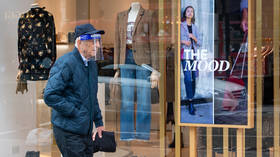 The NHS needs to stop being hysterical. Taking steps to shield the vulnerable elderly from Covid is NOT ‘age-based apartheid’

Postponing an avalanche of cases is not necessarily a bad thing. For example, it has allowed us to find some specific treatments, particularly showing that the steroid dexamethasone can save the lives of some of the most ill patients. We’ve learned that ventilators, which were such a huge focus at the start of the crisis, are less useful than first thought. On the other hand, we’ve learned that kidney dialysis machines could be vital. If a vaccine could be rolled out soon, that could be very important, too, but that looks unlikely before next spring.

However, the fact remains that this epidemic will only end when either enough people have been infected with it to end widespread transmission or until an effective vaccine becomes available. It would be much better, given the modelling, if the people who get it are young and healthy, rather than old or with a pre-existing illness.

Instead of holding its nerve, as Sweden did, the UK government panicked and imposed unprecedented restrictions on our freedom. This has done enormous damage to the economy, mental health, children’s education and much more. Worse, if the modellers are correct, lockdown won’t really have much impact on saving lives. And having committed to this course, the government doesn’t seem to have double checked if this made sense using the very models they relied on in the first place.

The fact that cases have been rising across Europe – particularly in countries like France and Spain that imposed the strictest lockdowns – should give us cause for concern, but not alarm. There are indications that the rate of spread has slowed down, possibly reflecting the impact of some population immunity, although case numbers are still rising. However, the numbers dying from it are low, and currently make up only around 2% of all deaths in England and Wales.

We could end up in the worst of all scenarios: ever more restrictions, more and more older people getting the virus, and heading into winter with the usual seasonal rise in other illnesses like influenza on top of Covid – with all that means for pressure on healthcare.

There is still time to change course, open up society for younger people, protect and support the vulnerable and allow the epidemic to take its course. There is no scenario where nobody dies and everything is fine and dandy. We have been hit by a deadly new virus. That’s no excuse for bad policies that risk turning a crisis into a disaster.

Rob Lyons is a UK journalist specialising in science, environmental and health issues. He is the author of ‘Panic on a Plate: How Society Developed an Eating Disorder’.