Operation Condor II: “The Right-Wing Coalitions in the Region Have Washington’s Backing”
https://libya360.wordpress.com/2021/07/23/operation-condor-ii-the-right-wing-coalitions-in-the-region-have-washingtons-backing/

Washington Beats the Drum of Regime Change, but Cuba Responds to Its Own Revolutionary Rhythm: The Twenty-Ninth Newsletter (2021)
https://williambowles.info/2021/07/22/washington-beats-the-drum-of-regime-change-but-cuba-responds-to-its-own-revolutionary-rhythm-the-twenty-ninth-newsletter-2021/

END_OF_DOCUMENT_TOKEN_TO_BE_REPLACED 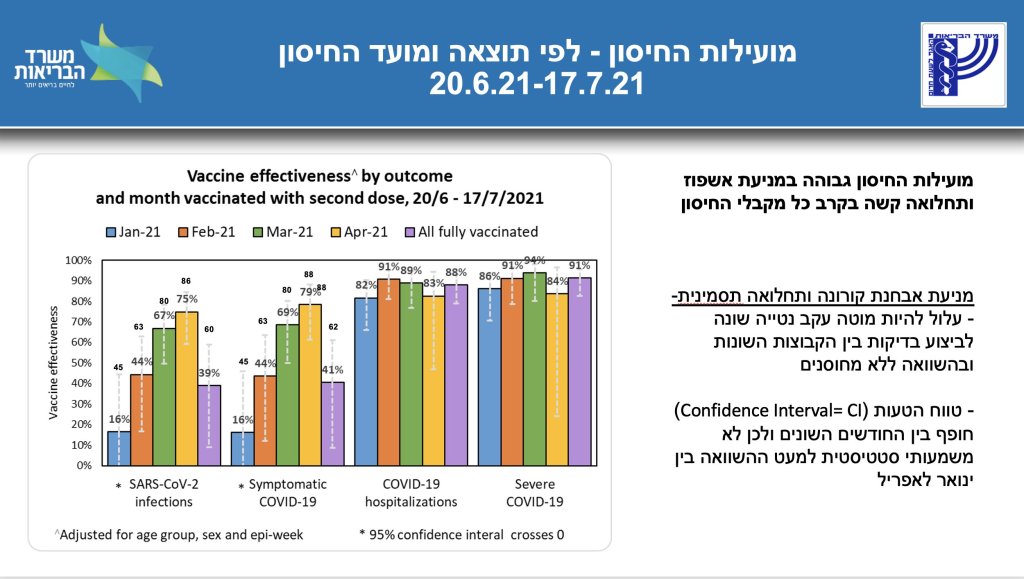 The latest data from Israel and the UK on covid vaccine effectiveness.

The latest data from Israel, which has used primarily the Pfizer mRNA vaccine, indicates that vaccine effectiveness against Delta coronavirus infection and symptomatic (“mild”) disease has dropped from about 95% to about 40%, whereas effectiveness against hospitalization and severe disease (i.e. low blood oxygen levels) remains between 80% and 90% (see chart above).

END_OF_DOCUMENT_TOKEN_TO_BE_REPLACED

LONDON – This past Sunday, an investigation into the global abuse of spyware developed by veterans of Israeli intelligence Unit 8200 gained widespread attention, as it was revealed that the software – sold to democratic and authoritarian governments alike – had been used to illegally spy on an estimated 50,000 individuals. Among those who had their communications and devices spied on by the software, known as Pegasus, were journalists, human rights activists, business executives, academics and prominent political leaders. Among those targeted political leaders, per reports, were the current leaders of France, Pakistan, South Africa, Egypt, Morocco and Iraq.

END_OF_DOCUMENT_TOKEN_TO_BE_REPLACED

The ministerial meeting at Dushanbe last week of the Shanghai Cooperation Organisation (SCO) and the SCO contact group with Afghanistan left a trail of disappointment. The SCO statement on Afghanistan was a baby step — significant, nonetheless, considering the group’s growing inner contradictions.

END_OF_DOCUMENT_TOKEN_TO_BE_REPLACED

– Margaret Kimberley, BAR senior columnist
The current Black-centered Cuban protest operation is very well orchestrated and if Black people in this country are not careful, they will end up amplifying the dictates of U.S. imperialism.

DOCUMENT: The Rise of Black Power in the West Indies: Walter Rodney, 1969

END_OF_DOCUMENT_TOKEN_TO_BE_REPLACED

Carbon pricing and carbon taxes are now proposed by international institutions and mainstream economics as the main solutions to ending global warming and destructive climate change.  For some time, the IMF has been pushing for carbon pricing as ‘a necessary if not sufficient’ part of a climate policy package that also includes investment in ‘green technology’ and redistribution of income to help the worst-off cope with the financial burden.  The IMF is now proposing a global minimum carbon price — along the lines of the global minimum floor on corporate taxes which has recently secured agreement.