When we started Media Lens in 2001, we had a rather naïve expectation that journalists might: a) want to respond rationally to reasoned criticism; and b) have privileged access to unparalleled journalistic resources, experts and arguments that would enable journalists to respond with serious points to our challenges. In particular, we imagined that BBC journalists and editors – being funded from the public licence fee – might actually feel obliged to respond.

END_OF_DOCUMENT_TOKEN_TO_BE_REPLACED

[I think this is an important piece of analysis, as far as it goes. WB]

In times of great disappointment and crisis, it is important to keep a level head, to analyse the situation coolly and calmly, and most importantly to extend one’s intellectual vision beyond the immediate. Johnson, the Tories and the media are all rejoicing in what they consider to be a resounding victory. Clearly, the capitalist class and their media united, that is as far as the façade of democracy would allow, around the narrative, that it would be better to have a hard Brexit than a Corbyn led government. Faced with the choice between a Brexit that would damage the economy, and an aroused and inspired working class, they obviously chose the former.

END_OF_DOCUMENT_TOKEN_TO_BE_REPLACED

As soon as the scale of Labour’s shattering defeat began to emerge last night, pundits began to push the line that this was not just about Brexit but about Jeremy Corbyn, and more broadly the Labour Party’s significant shift towards socialism under his leadership.

END_OF_DOCUMENT_TOKEN_TO_BE_REPLACED

Ladies and gentlemen I have here at my fingertips indisputable proof that egregious election meddling took place in the United Kingdom on Thursday.

END_OF_DOCUMENT_TOKEN_TO_BE_REPLACED 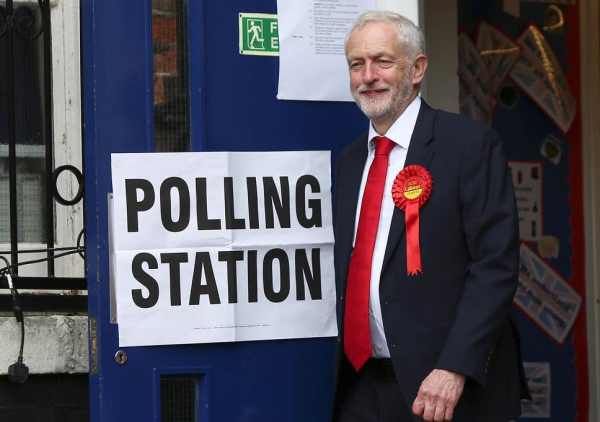 Following my Jesus or Barabbas post yesterday and – replicated on OffGuardian – Dirty War on the NHS post the day before, I’ve seen fit to respond to commenters who share my view of parliamentary democracy as a sham, but draw a conclusion I do not share; namely, that in no circumstances can any party, including Labour under its current leadership, be supported.

This is my response to that erroneous conclusion.

END_OF_DOCUMENT_TOKEN_TO_BE_REPLACED

The British establishment is very afraid of a Corbyn victory
The negative media barrage on Corbyn and Labour in the UK has been incessant but if Corbyn were to succeed it would be a major boost to the Sanders campaign in the U.S.

The vilification of Jeremy Corbyn
The vilification of the leader of the UK Labour Party, Jeremy Corbyn, as an antisemite has intensified in the run up to the December 12 election in Britain. What makes this especially troubling, not to say bizarre, is that since he first became a member of parliament in 1983 Corbyn has been the most consistent […]
END_OF_DOCUMENT_TOKEN_TO_BE_REPLACED

END_OF_DOCUMENT_TOKEN_TO_BE_REPLACED 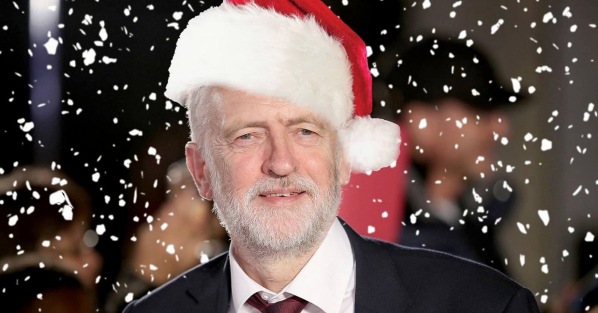 END_OF_DOCUMENT_TOKEN_TO_BE_REPLACED

Whatever government is formed in the UK after the 12 December election, it faces an immense challenge.  The British economy is in a mess and its society is riven with division.

END_OF_DOCUMENT_TOKEN_TO_BE_REPLACED

Is this our last chance before the darkness falls?

This is probably the most difficult piece I’ve ever had to write, at least about the Labour Party. My feelings about Corbyn and the Labour Party are on record, here, here, here and here, to name a few. The Labour Party is a party of Imperialism and always has been since its inception, well over a century ago. Even its high point in 1945, with the creation of the welfare state, occurred through pressure from below and just as today, capitalism was bankrupt and in crisis. The Labour government, in return for the Welfare state, saved capitalism from revolution (or collapse). The gains made during that critical period following WWII lasted about thirty years before the lords of capital started taking back what ‘we’ had tried to take from them and by 1975 we were clearly not equipped to resist. In part, the Labour Party was directly responsible, in fact it was party to the attacks on the Welfare state and the working class.

END_OF_DOCUMENT_TOKEN_TO_BE_REPLACED

By James Cusick: New evidence which confirms that the Liberal Democrats sold voter data to the Remain campaign in 2016 for almost £100,000 is being withheld from public scrutiny by the UK’s information watchdog, openDemocracy has learned.