We’re very excited to be publishing our director Nick Dearden’s new book, Trade Secrets: The truth about the US trade deal and how we can stop it, in under a week’s time.
We’d like to invite you to our book launch on Tuesday 1 September, where Nick will be in conversation with Zoe Williams, journalist at The Guardian and co-host of the Another Europe Is Possible podcast. 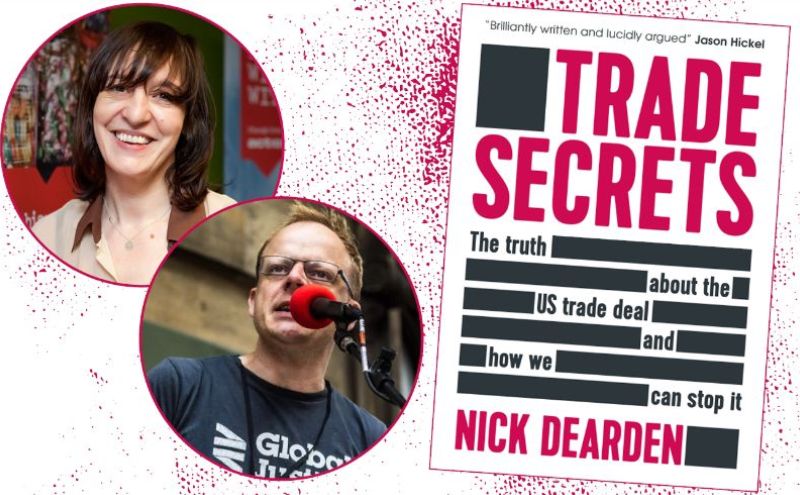 Trade Secrets is a comprehensive exposé of the corporate agenda behind the US trade deal.

Based on thorough analysis of the leaked trade papers, as well as multiple other official documents and sources, it contains the key information and arguments that every campaigner needs to know about where this threat is coming from, what’s behind it, and how we can beat it.

During the launch event, Nick and Zoe will be tackling questions like: What’s the real threat to the NHS from a US trade deal? How much do we actually know about what will be in the deal? What’s the worst thing that could end up on our supermarket shelves as a result? And if Trump were to lose the US presidency in November, will we have to carry on fighting the trade deal anyway? Register now for the launch of Trade Secrets

If you haven’t ordered your copy yet, it’s not too late – it has been so popular that we’re taking a second round of orders.

We’re offering all Global Justice Now supporters the chance to secure a free copy of Trade Secrets (RRP £5), in print or e-book format, ahead of the launch date on 24 August.

I hope you can make it.