The first elections since the coup d’état will be held on October 18 amid a tense social and political climate. This includes a military mobilization in La Paz the night before the polls and the suspension of the DIREPRE early results system 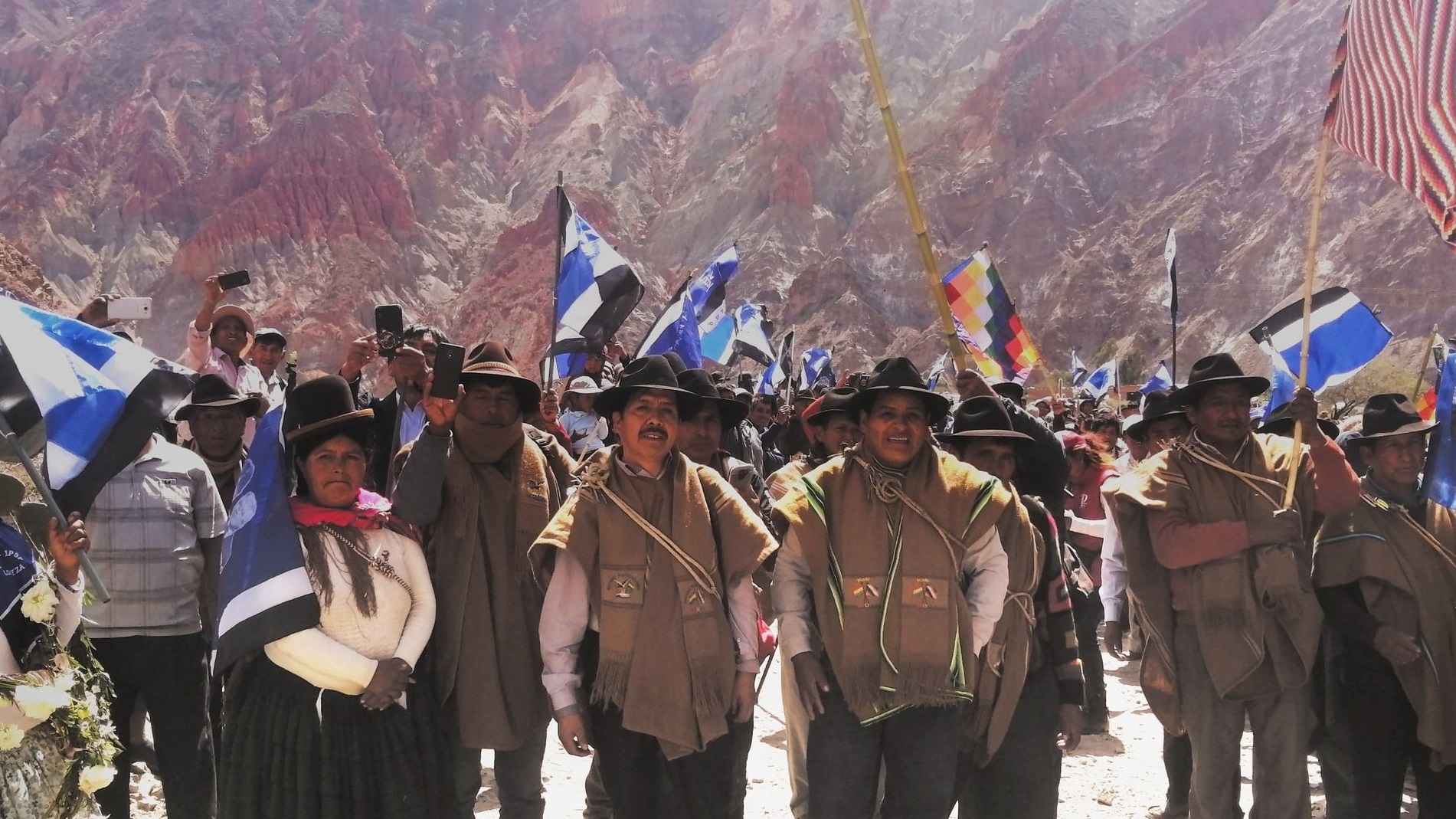 On Sunday, October 18, Bolivia will hold the first elections since the coup d’état which forced Evo Morales out of office on November 10, 2019. The majority of pre-election polls predict that the candidates of his party, the Movement Towards Socialism  (MAS) – Luis Arce for president and David Choquehuanca for vice-president – will clinch a first round victory. For this, they would need to win over 40% of the vote with at least 10%  more than the runner-up or over 50% of the total vote. According to most polls, the runner-up is likely to be right-wing candidate Carlos Mesa of Citizen Community party.

Many are hopeful that the elections will bring an end to a period marked by the absence of democracy, denigration of rights, political persecution, constitutional violations and more. However, many in Bolivia and outside have expressed concern over the comments and actions of the de facto regime led by Jeanine Añez. This is especially considering the modifications to the electoral process itself.

Nearly 12 hours before the polls were set to open in Bolivia, the president of the Supreme Electoral Tribunal (TSE), Salvador Romero, announced that the preliminary results system, DIREPRE, is suspended and will not be used in these elections. Romero declared that the decision was made in order to not generate uncertainty because the tests they had been running did not demonstrate that the system was reliable.

The decision was celebrated by many, as repeated complaints had been lodged against the DIREPRE system for the lack of transparency. There was also the concern that the DIREPRE results would generate tension while the final tally was awaited.

However, the Movements Towards Socialism party, which had been a key voice in criticizing the DIREPRE system, criticized the timing of the decision. The party had been raising concrete demands about the system for the last couple of weeks with no response from the TSE.

Former president Evo Morales tweeted, “It is extremely worrying that the TSE decided to suspend the system of Dissemination of Preliminary Results (DIREPRE) hours before elections. We made public observations that were not responded to in a timely manner. This last minute decision raises doubts about the intentions.”

Leaders from MAS had criticized the new preliminary results transmission system, claiming it threatened the transparency and clarity of the electoral process. The objective of the DIREPRE is to transmit the preliminary results in a faster manner and to show early trends in voting patterns. The results shown by the DIREPRE however, were not to be binding and final.

Before the DIREPRE, the system which was used was called TREP (Transmission of Preliminary Electoral Results). The TREP played a central role in the creation of the argument that electoral fraud was committed in the elections in October 2019. While the results of the TREP too were not binding, due to their rapid dissemination, they played a key role in shaping public opinion. In the elections in October 2019, a shift in trends in TREP results was the sole basis for the Organization of American States (OAS) to allege that fraud had been committed.

Multiple reports, including by researchers from the Massachusetts Institute of Technology (MIT), Center for Economic and Policy Research, and others, have shown that not only was the shift in the TREP results not “drastic and hard-to-explain” as the OAS alleged, but also that  allegations of fraud had no basis in the “final count” which is the only binding count.

With the suspension of the DIREPRE system, it is unlikely that the results will be available on the night of elections.

The night before the election saw a military mobilization in the center the capital La Paz, where the interior minister of the coup regime, Arturo Murillo, inaugurated a plan called ‘Everyone For Bolivia.’ This involves a full militarization of the country, supposedly to monitor the elections. Speaking at the mobilization in the city in which around 1,000 security personnel were present, Murillo thanked them for “taking the dictator out of office” and for making “all Bolivians feel safe.” Experts expressed concern over such a mobilization the very night before the polls, especially in light of last year’s incidents and the role of security forces in the coup.

Meanwhile, Bolivians outside the country who are eligible to vote have complained of voter suppression. 90% of the Bolivian migrant community is concentrated in Argentina, Brazil and Chile from where thousands of such complaints have arisen. The Plurinational Electoral Organ (OEP) announced on Monday, October 12, a mere six days before elections, that new polling stations would be established abroad and existing ones changed and modified, leaving many in confusion about where they would be able to vote and if they would have polling stations in their districts.

In the city of Buenos Aires, the Bolivian community had repeatedly asked OEP representatives for clarifications on the polling stations as the information was not available through the web portal. In the province of Mendoza, where 14,000 Bolivians reside and 11,800 are eligible to vote, right-wing governor Rodolfo Suárez did not permit the opening of polling stations citing COVID-19 pandemic restrictions. After sustained mobilizations by the Bolivian community and numerous complaints, the provincial government, in coordination with the Supreme Electoral Tribunal (TSE), agreed to use sporting centers as polling stations. Argentina is home to the largest Bolivian expatriate community with 142,500 people, and is seen as a strong base of the MAS.

Bolivians in Brazil faced similar difficulties with lack of access to information about polling centers, as well as many incidents of invalidation of voter registration. Brasil de Fato spoke to a Bolivian seamstress Pamela Suarez Bedoya, who was one of the 4,523 people who were included in the list of disqualified voters for Sunday’s elections. When she tried to find out why she had been disqualified, despite having voted in last years elections, she received no response.

In Panama, the Bolivian community will not be able to vote at all due to pandemic restrictions. In Chile, only one electoral zone will be permitted in the capital Santiago. According to the report compiled by Brasil de Fato, around 25,000 Bolivians who reside in other cities of the country will not be able to participate in the elections.

In the days leading up to today’s elections, international observers who arrived at Bolivia for the elections faced widespread harassment and threats from right-wing extremists in the country as well as government officials.

On the night of October 16, an Argentine national deputy Federico Fagioli was detained upon arrival to Bolivia’s political capital La Paz. He was part of a delegation of three Argentine deputies. Fagioli, a national deputy from the Frente de Todos coalition, along with four other deputies were invited by the president of the Plurinational Legislative Assembly, Eva Copa to oversee the electoral process and were approved by the Supreme Electoral Tribunal.

At the airport in El Alto, next to La Paz, immigration officials detained Fagioli and took away his documents without any explanation. They justified the action, claiming that he had been condemned of at least one of a series of crimes including crimes against humanity, war crimes, money laundering, human trafficking and other serious crimes. However, they did not provide any proof. Subsequently Fagioli and a member of the diplomatic staff were detained and released only hours later.

Earlier in the week, contributors for the Grayzone, who arrived in Bolivia as part of an electoral observation team of the peace organization CODEPINK, reported that their photos were taken and circulated on social media accompanied by threats of violence. They accused interior minister Arturo Murillo of coming out with “veiled threats” on Twitter.

Hours after the photos of the observers were circulated online, Murillo tweeted, “….We warn agitators and people who seek to generate violence, they are not welcome. We will put them on a plane or behind bars. Behave, we know who you are and where you are.”