Why are numerous ‘independent alternative’ media outlets and writers not questioning the COVID-19 vaccine rollout? If anything, they are promoting it without even considering the serious concerns being voiced by top scientists.

When there are experts like cardiologist and epidemiologist Professor Peter McCullough, Dr Robert Malone (credited with inventing mRNA vaccine technology), former vice president of Pfizer Pharmaceuticals Dr Michael Yeadon, vaccine researcher and immunologist Dr Byram Bridle, world-renowned microbiologist Dr Sucharit Bhakti and hundreds of other respected scientists, immunologists and virologists expressing serious concerns or even calling for a halt to the rollout, surely their views must be given space.

However, from the outset, these self-proclaimed ‘anti-establishment’ platforms and journalists threw their hand in with the official COVID-19 narrative. They are now supporting the vaccine rollouts and by implication the entities pushing the vaccines – governments, mainstream media, the Gates and Rockefeller Foundations, Big Pharma and Silicon Valley and its bedfellow, the US military.

In effect, the full weight of the establishment has been brought to bear on pushing the COVID narrative and the vaccines. The very establishment that these ‘independent’ media outlets have previously challenged over the devastating ‘humanitarian’ conflicts in Libya, Iraq, Afghanistan or Syria.

To show such contempt for human life (civilian ‘collateral damage’) via geopolitical and resource-grabbing wars sold under the thin veneer of ‘the war on terror’ or ‘humanitarian intervention’ but then feel a need to save humanity from the ‘deadly’ virus must make some of those supporters of the official line on COVID just a little suspicious of the motives.

“If people want trustworthy rulers, honest politicians, they should always judge rulers, financial elites and politicians by their actions rather than by their words.”

By not giving space to top scientists in the field of vaccine technology, immunology or virology who express deep concerns, these outlets are in fact engaging in censorship as much as the mainstream media, Facebook, Twitter, Google and YouTube.

There are strong similarities between the issue of genetically modified organisms (GMO) in agriculture and the COVID ‘pandemic’ in terms of the framing of debates in both fields: a type of ‘the science is decided’ mentality and a smearing of critics in an attempt to demonise and close down debate. 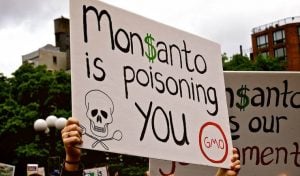 Accompanying his question was a link to an article that implied people who are suspicious of vaccines, GMOs, climate change or fluoridated water are confused, adhere to conspiracy theories, are motivated by ideology or are simply misinformed.

But science is not the giver of ‘absolute truth’. That in itself should allow us to develop a healthy scepticism towards it. Scientific knowledge is built on shaky stilts that rest on shifting foundations. Science historian Thomas Kuhn wrote about the revolutionary paradigm shifts in scientific thought, whereby established theoretical perspectives can reinforce prevailing paradigms and serve as a barrier to the advancement of knowledge, until the weight of evidence and pressure from proponents of a new theoretical outlook is overwhelming. The old faith then gives way and the new ‘truth’ changes.

The manufacture of scientific knowledge involves a process driven by various sociological, methodological and epistemological conflicts and compromises, both inside the laboratory and beyond.

Why do people doubt science? Not because they are ill-informed or have read Kuhn or some sociology journal, but because they can see how science is used, corrupted and manipulated by powerful corporations and governments to serve their own ends.

Take US Agriculture Secretary Tom Vilsack, for instance. He once called for “sound science” to underpin food trade that involves GMOs. Despite what Vilsack would have us believe – that there are no concerns about GMOs – many studies show that they present risks to human health and are having serious environmental, social and economic consequences.

Sound science and the GMO agritech sector are too often perfect strangers. The industry carries out inadequate, short-term studies and conceals the data produced by its research under the guise of ‘commercial confidentiality’, while independent research highlights the dangers of its products. It has in the past also engaged in fakery in India, bribery in Indonesia and smears and intimidation against those who challenge its interests as well as the distortion and the censorship of scientific findings that undermine its agenda.

The Top Four Reasons Why Many People, Doctors and Scientists Refuse to Take the COVID Vaccine

In the US, policy makers released GM food onto the commercial market without proper long-term tests, citing the belief that it is ‘substantially equivalent’ to ordinary food. But foreign genes are being inserted into organisms that studies show make them substantially non-equivalent. Substantial equivalence is a trade strategy on behalf of the GMO sector that neatly serves to bypass science by removing its GMOs from the type of scrutiny usually applied to potentially toxic or harmful substances.

Ultimately, it is not science itself that people have doubts about but science that is pressed into the service of immensely powerful private corporations and regulatory bodies that are effectively co-opted and adopt a ‘don’t look, don’t find approach’ to studies and products.

There is a tendency to label anyone who opposes GMO as anti-science, not least because they are arguing against a supposed ‘scientific consensus’ in favour of GMOs. But this ‘consensus’ is nothing but a fiction of the collective imagination of the pro-GMO lobby.

The first rule of risk-taking is to not cross the street blindfolded, which is what the GMO and COVID-19 vaccine lobbies would like us all to do, even though there are serious risks associated with these technologies. Furthermore, based on the work of US lawyer Steven Druker, we can see that the processes involved in getting GMO crop technology onto the commercial market were fraudulent and there has not been a single independent long-term epidemiological study on GMOs. With clinical trials still ongoing, similar concerns dog the ‘emergency use authorisation’ experimental COVID-19 vaccines.

The ‘technological salvation’ argument being put forward in favour of the vaccines is also present with GMOs: the technology is needed to ‘feed the hungry’ or ‘save dying children’. When an argument cannot be won using rational debate and science, we usually see the emotional blackmail fallback position and ad hominins against critics.

Whether it is GMO crop technology or COVID vaccines, we are seeing a huge unscientific experiment using people as human guinea pigs to rake in massive profits. In the case of the vaccines, there is also a wider agenda involving a ‘great reset’ of the economy and labour’s relationship to an increasingly authoritarian state whose role is to produce the conditions that will subordinate ordinary people to the ‘new normal’ required by private capital: mass surveillance, worklessness and the eradication of civil and political rights in favour of technocratic rule. In fact, genetically engineered food and crops are an integral part of this reset.

Part of the vaccine rollout involves accusing critics and the unvaccinated of being irresponsible and dangerous fearmongers. There is a huge government-media campaign to marginalise and demonise those who question the vaccines or refuse to take them due to valid concerns.

Instead of indulging in smear campaigns and censorship, what society should be facilitating is open debate and taking very seriously what critics are saying. When people engage in the former and run from the latter, it indicates that their arguments will not and do not withstand scrutiny.

In finishing, let us return to the world of Robert T Fraley and Monsanto and the type of ‘science’ he pushes. Bayer, which took over Monsanto in 2018, has just lost another appeals court decision in the US regarding its glyphosate-based herbicide, Roundup, often used with GMO ‘roundup ready’ seeds and thus a key component of the GMO agenda. It faces tens of thousands of claims alleging that this herbicide causes cancer. 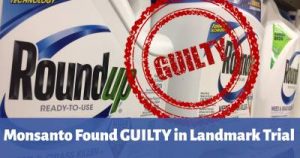 In a recent decision by a court of appeal in California, it was stated:

“Monsanto’s conduct evidenced reckless disregard of the health and safety of the multitude of unsuspecting consumers it kept in the dark. This was not an isolated incident; Monsanto’s conduct involved repeated actions over a period of many years motivated by the desire for sales and profit.”

There is a clear lesson here with regard to the COVID-19 vaccine rollout. Unlike Monsanto, however, Pfizer and the other vaccine manufacturers have received indemnities against the costs of compensation for adverse effects that might come from their COVID vaccines.

It is also claimed by the UK-based Bureau of Investigative Journalism that Pfizer bullied governments to put up federal bank reserves, embassy buildings or military bases as a guarantee against the cost of future legal cases stemming from the adverse effects of its COVID-19 vaccine. This would mean that governments rather than the company would shoulder any legal costs.

Vaccine manufacturers might well face bankruptcy sooner rather than later given the rising numbers of deaths and serious adverse effects being reported. But shielded from liability, the new vaccine billionaires, among them Moderna CEO Stéphane Bancel and Ugur Sahin, the CEO of BioNTech, which has produced a vaccine with Pfizer, will be able to hold onto their loot.

Although nothing will bring back those who succumbed to the deadly effects of glyphosate, at least Monsanto (via Bayer) is now in the dock and has already been forced to shell out hundreds of millions of dollars to its victims or their families.

Through these legal cases involving glyphosate, it has been made clear just how powerful corporations can and do corrupt science for their own ends.

Robert F Kennedy Jr, one of the attorney’s fighting Bayer-Monsanto in the US courts, has explained that for four decades Monsanto manoeuvred to conceal Roundup’s carcinogenicity.

This is what smearing and ignoring critics, malfeasance in public office, the capturing of regulatory agencies and scientific fraud leads to.

It is interesting that governments and public officials sat on their hands and facilitated the rollout of glyphosate and other toxic agrochemicals and watched what is now a major public health crisis spiral out of control. They prioritised the needs of the agrochemical sector ahead of public health and side-lined science that challenged the adverse effects of its products.

But governments are now suddenly expressing great concern for everyone’s well-being by locking them down, waging a fear campaign and cajoling and bribing people to take risky vaccines with dubious efficacy and which are arguably not needed. So, whose needs are they prioritising this time around?

Although we are still in the relative early days of the COVID-19 vaccine rollouts, disturbing evidence is mounting of the actual harm resulting from these poorly tested vaccines and the potential risks (infertility, cognitive, cancer, cardiovascular, etc) that lie in store. Dr J Patrick Whelan, a paediatric rheumatologist, warned the US Food and Drug Administration in late 2020 that mRNA vaccines could cause microvascular injury to the brain, heart, liver and kidneys in ways not assessed in safety trials.

This is deeply concerning.

But not for some. Not least the nine new vaccine billionaires worth a combined $19.3 billion courtesy of COVID-19 vaccines that were largely funded with billions of dollars from the public purse.

Colin Todhunter is an independent writer and analyst specialising in development, food and agriculture based in Europe/India.

He is a Research Associate of the Centre for Research on Globalization.