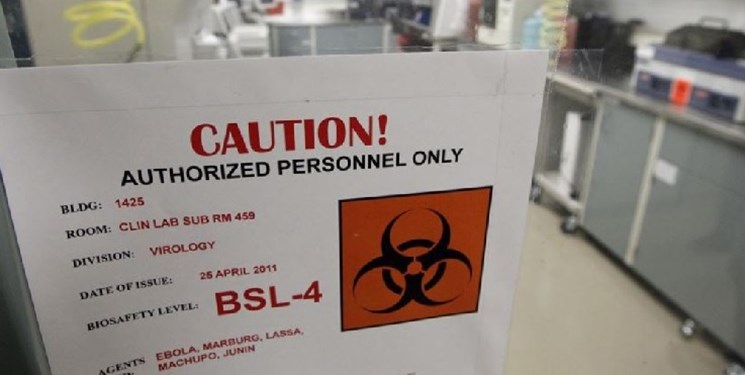 TEHRAN (FNA)- The US does not want information about its military-biological activities, which are carried out in violation of the Biological and Toxin Weapons Convention (BWC), to become known to the global community, Russian Deputy Foreign Minister Sergey Ryabkov said at a briefing on Tuesday.

“Washington does not want its military-biological activities, which are carried out in violation of the BWC, to become known to the global community,” he said, TASS reported.

The consultative meeting of convention delegations, Ryabkov said, “demonstrated the urgent need to strengthen the BWC.”

“First of all, this concerns the resumption of the negotiation process on a legally binding protocol of the convention with an objective verification mechanism, which since 2001 has been blocked by the US,” the deputy minister pointed out.

Russia believes it is necessary to further study the situation involving military biological activity in Ukraine, including within the framework of the Biological and Toxin Weapons Convention, Ryabkov told a news briefing on Tuesday.

“In order to settle the current situation in connection with military biological activities on Ukrainian territory, we see the need for its further serious discussion within the BTWC framework, including a discussion of the results of the consultative meeting at the 9th review conference, due later this year,” he said.

Ryabkov also stressed that “it will be wrong to confine ourselves to consultations” on this issue.

“It is important to use all the instruments available under the Convention, including Article 6 of the BTWC, to investigate Ukraine’s and the United States’ violations of the convention,” Ryabkov stressed.

He also said the destructive course that Washington and Kiev followed at a meeting held by states-parties of the Biological and Toxin Weapons Convention is evidence that they intend to continue with Pentagon’s military-biological research near Russian borders.

“We consider the unceremonious destructive course pursued by the US and Ukraine during the meeting as being aimed at ensuring the further unhindered implementation by the Pentagon of military-biological research outside the national territory, including in the immediate vicinity of the Russian borders,” he said at a news conference.

He said Washington and Kiev did everything to disrupt the meeting.

“The behavior of the Americans and their Ukrainian subordinates during the meeting raises big questions. They sometimes portrayed themselves as the object of unreasonable attacks and demanded apologies, then switched to rudeness or changed the subject of the conversation,” Ryabkov said.

The deputy minister said that, “The overwhelming majority of complaints that were put forward by Russia remained without a proper response from the US and Ukraine”.

The diplomat said attempts to justify military-biological research as allegedly purely peaceful activities don’t stand up to fact-checking and are designed to distract the attention of the world community from the real risks posed by the military-biological program of the Pentagon.

“Our repeated demands for Washington to give an exhaustive explanation over such activities were in effect left without due response,” Ryabkov said.

For a long time, Russia has “openly voiced its concerns over the activities by the United States and its allies outside their national territories, including at biolabs across former Soviet republics, near Russian borders, with direct assistance and involvement of military agencies and related bodies”, he said.

Annual reports submitted by the United States as part of measures to strengthen confidence in the Biological Weapons Convention “have lacked information either on programs and projects being implemented abroad or their funding”, Ryabkov emphasized.