The mainstream media, politicians, and celebrities brought into a lie about Iran preparing to kill 15,000 protesters this week. The original story came from the UK-based, Saudi-funded Iran International news outlet.

The US has sought regime change in Iran for decades through sanctions and propaganda like this. The NED, an organization that the US State Department uses to push regime change operations in unfriendly countries, spent at least $951,000 on Iranian civil society groups in 2021. 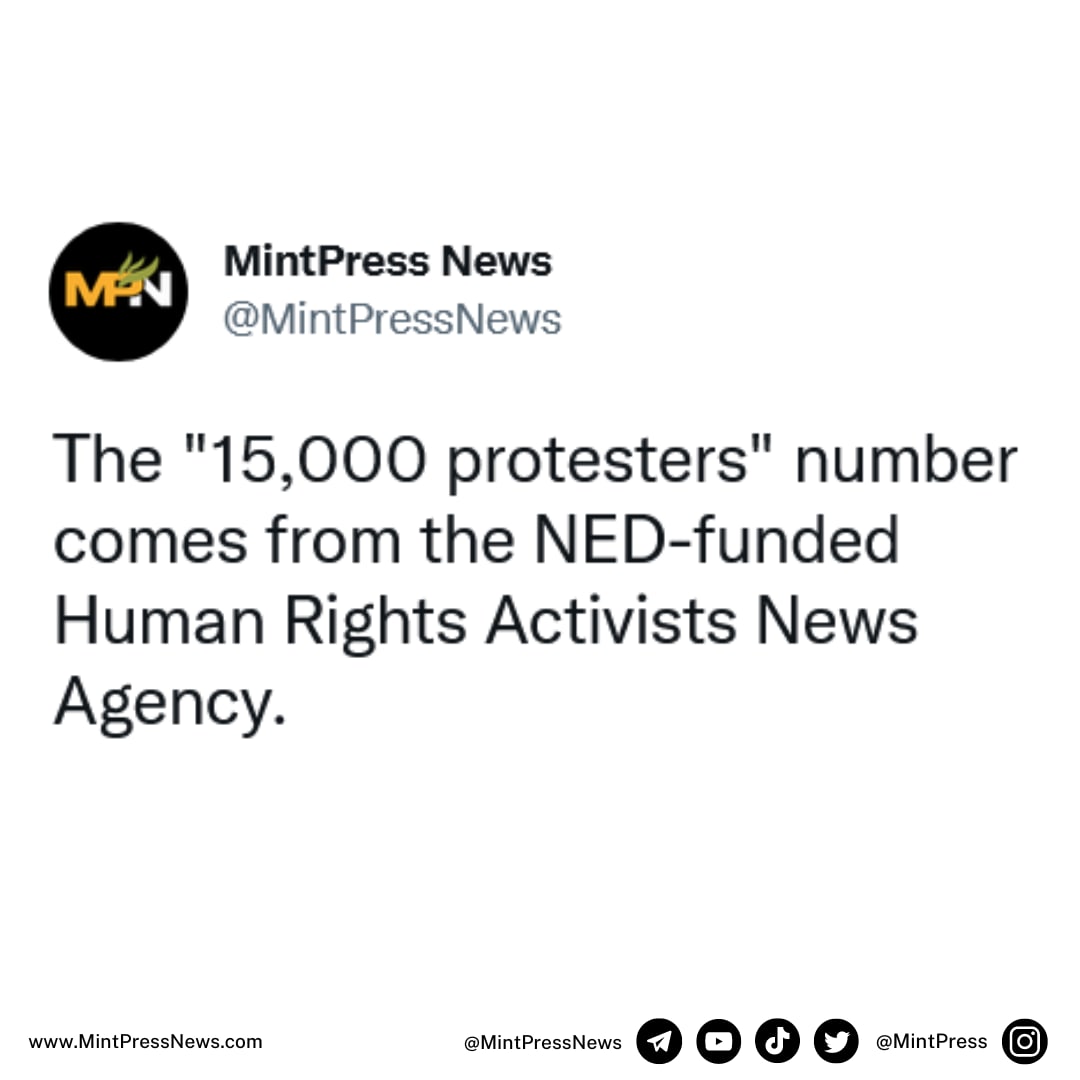 Five Iranian protesters have been sentenced to death as of November 16.