Twelve months on, another death, this time in Manston, a former RAF base which in its short time as a holding centre for asylum seekers has become, like Napier barracks, a byword for inhumanity. Manston has now been emptied, but as Joseph Maggs, in his critical analysis of the state violence that occurs behind the closed doors of a ‘no-access border zone’, shows, the closing of Manston will not put an end to the politically manufactured humanitarian crisis facing newly arrived asylum seekers. This can only end with a wholesale rejection of current policies of criminalisation and deterrence. But a change in policy, Maggs concludes, will not come from the top-down parliamentary process, with Labour leaders seemingly determined to match the Tories on toughness towards migrants. It will come through grass-roots resistance to state violence and demonisation, exemplified by the determined and dogged commitment of groups like SOAS Detainee Support, Action Against Detention and Deportations, as well as people from the Thanet area, at Manston.

Another avoidable tragedy is marked this week, with the end of the inquiry into the June 2017 Grenfell Tower fire which cost 72 lives. After 400 days of evidence revealing, as counsel to the inquiry described it, a ‘web of blame’ spun by the companies and organisations involved in the refurbishment to cover their shocking malpractice. The same callous indifference is revealed, too, in the death of a two-year-old child from the mould in his Rochdale home, untreated despite the pleas of his parents. This week’s Calendar also features the increasingly open racism and far-right attitudes among state officials, from Italian prison staff to English, Welsh, Polish and Spanish police and the British military. 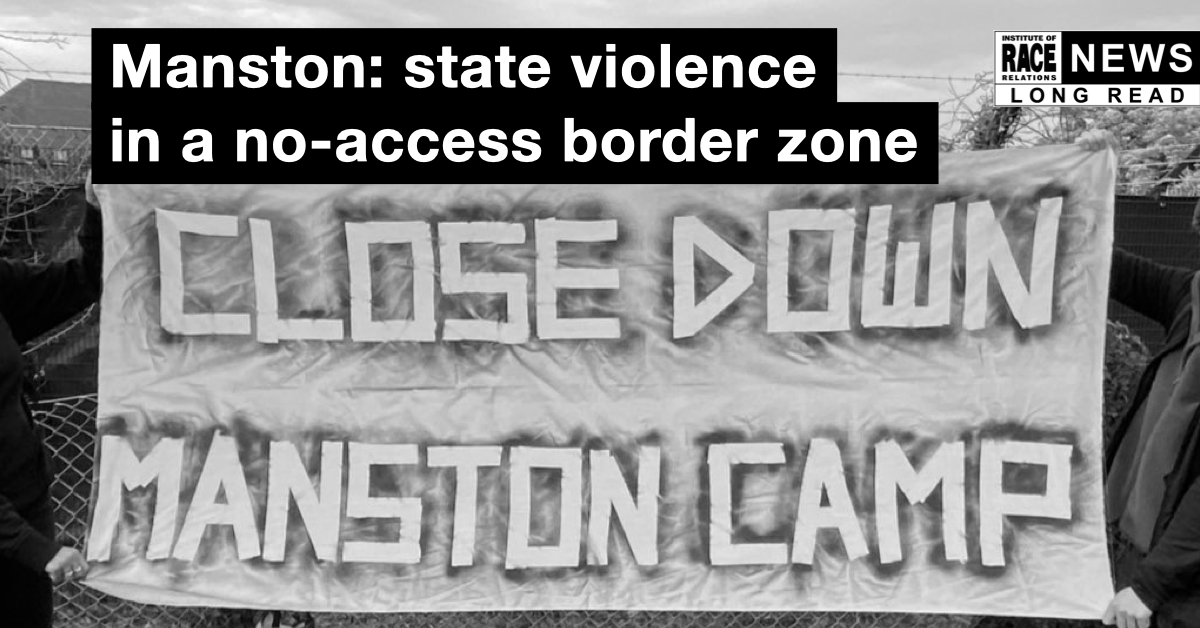 With the Manston facility emptied this week after the death of a man detained there, IRR News publishes the first in-depth analysis of a politically manufactured crisis, caused by policies of criminalisation and deterrence. Joseph Maggs provides a first-person account after visiting the facility on 30 October alongside fellows activists from SOAS Detainee Support and other groups and organisations. Read the long-read on the IRR website and check out the accompanying twitter thread. 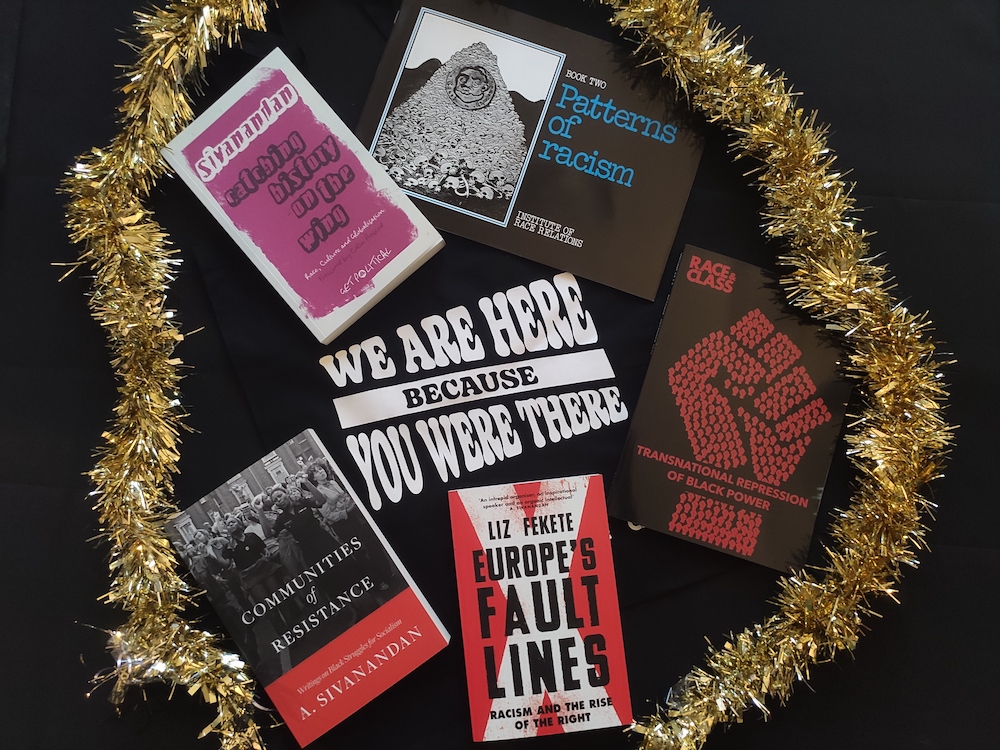 It’s nearly December which can only mean one thing… IRR Festive Bundle There’s no Black Friday here at the IRR, but this festive season, you can get the latest edition of Race & Class, the Patterns of Racismeducational book, and one of three seminal books by A. Sivanandan and current IRR Director Liz Fekete: Catching History on the Wing, Communities of Resistanceor Europe’s Fault Lines: Racism and the Rise of the Right for just £25. As if that wasn’t enough, the bundle comes with a free ‘ We are here because you were there‘ tote bag!

Due to Royal Mail strike action, we recommend placing your order well before the 6th December if buying as a Christmas gift. 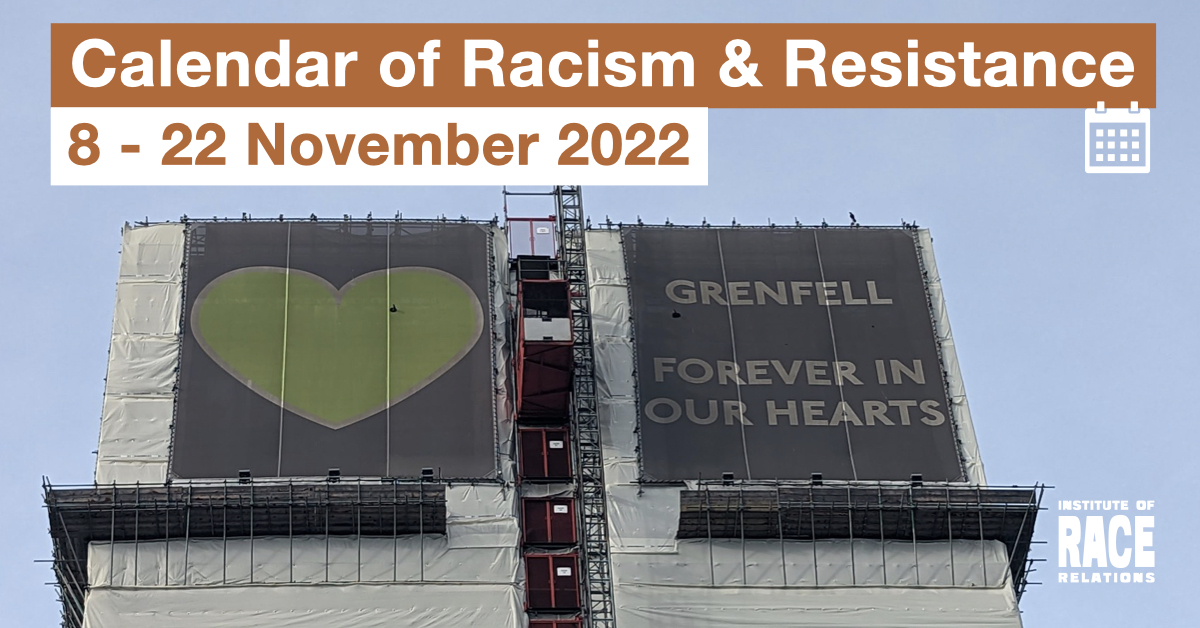 In this week’s Calendar of Racism & Resistance, another avoidable tragedy is marked, with the end of the inquiry into the 2017 Grenfell Tower fire which cost 72 lives. 400 days of evidence reveal a ‘web of blame’ to cover shocking malpractice.

The same callous indifference is revealed, too, in the death of two-year-old Awaab Ishak from the mould in his Rochdale home, untreated despite the pleas of his parents. The Calendar also features the increasingly open racism and far-right attitudes among state officials, from Italian prison staff to English, Welsh, Polish and Spanish police and the British military. 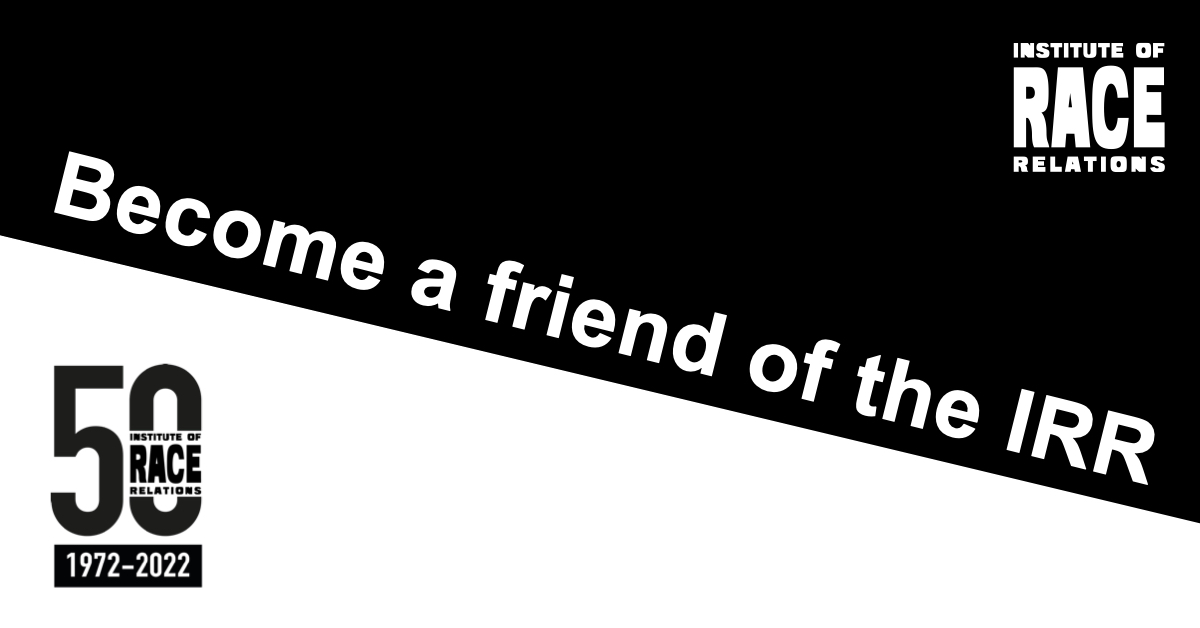 For those that can, support the IRR50 fund Become a friend of the IRR

This edition of IRR News is free and it always will be. But to ensure we can continue to produce this crucial work and analysis, we’re asking our readers and supporters to become a friend of the IRR. We want to thank everyone who has donated since we launched the IRR50 fund.

Even if you can’t support us, we’d massively appreciate you sharing our campaign video or retweeting this thread. You can also donate by buying a festive bundle, an IRR tote bag or limited edition t-shirt.

Give your support today 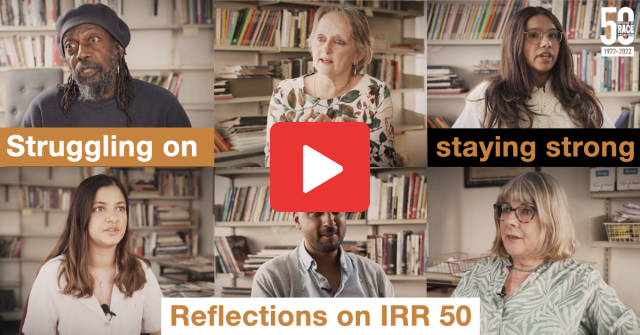 Still not seen our special IRR50 anniversary film? Produced by our friends Rainbow Collective, this 20-minute documentary explores the last 50 years of the IRR and the future of anti-racism in the UK and beyond. Watch Struggling on, staying strong: reflections on IRR50 on YouTube.

One thought on “UK: State violence in a no-access border zone”