The U.S. has claimed that the Russia government tried to influence the 2016 election through Facebook and Twitter.

Russia supposedly did this through people who worked the Internet Research Agency (IRA) in St. Petersburg (Leningrad), Russia. The IRA people ran virtual persona on U.S. social networks which pretended to have certain political opinions. It also spent on advertising supposedly to influence the election. U.S. intelligence claimed that the purpose of the alleged Russian influence campaign was to “sow discord” within the United States.

But the IRA had nothing to do with the Russian government. It had no interests in politics. And a new study confirms that the idea that it was “sowing discord” is blatant nonsense. 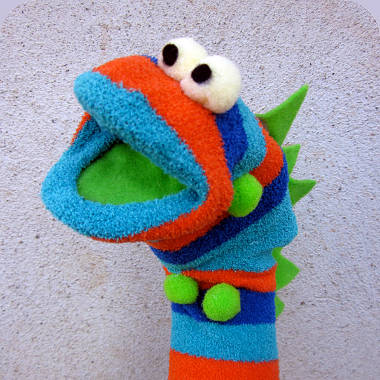 The Mueller investigation indicted 13 Russian persons and three Russian legal entities over the alleged influence campaign. But, as we wrote at that time, there was more to it than the media reported:

The published indictment gives support to our long held believe that there was no “Russian influence” campaign during the U.S. election. What is described and denounced as such was instead a commercial marketing scheme which ran click-bait websites to generate advertisement revenue and created online crowds around virtual persona to promote whatever its commercial customers wanted to promote. The size of the operation was tiny when compared to the hundreds of millions in campaign expenditures. It had no influence on the election outcome.

The IRA hired people in Leningrad for little money and asked them to open accounts on U.S. social media. The virtual persona they created and ran were to attract as many persons to those accounts as possible. They did that by posting funny dog pictures or by taking strong political positions. They were ‘influencers’ who sold their customers’ products to the people they attracted.

The sole purpose was the same as in any commercial media. Create content to attract ‘eyeballs’, then sell those eyeballs to advertisers.

As Point 95 of the Mueller indictment said:

Defendants and their co-conspirators also used the [financial] accounts to receive money from real U.S. persons in exchange for posting promotions and advertisements on the ORGANIZATION-controlled social media pages. Defendants and their co-conspirators typically charged certain U.S. merchants and U.S. social media sites between 25 and 50 U.S. dollars per post for promotional content on their popular false U.S. persona accounts, including Being Patriotic, Defend the 2nd, and Blacktivist.

The was no Russian government campaign to influence the 2016 election. There was only a Russian commercial media enterprise that used sock-puppet accounts with quirky content to attract viewers and sold advertisement space to U.S. companies.

The IRA also bought advertisement to attract more people to its accounts. But the amount it spent was tiny. The final price tag for the 2016 election was $6.5 billion for the presidential and congressional elections combined. The IRA spend a total of $100,000 to promote its own accounts. But only some $45,000 of that was spend before the election. It was 0.000007 cent for every election dollar that was spend during that time. It is statistically impossible that the mostly apolitical IRA spending had any effect on the election.

That the IRA ran a marketing machine and not a political operation was also obvious when one analyzed the content that those sock puppet accounts posted. Most of it was apolitical. Where it was political it covered both sides. Some IRA accounts posted pro-Trump content, others posted anti-Trump stuff. Some were pro-Clinton others against her.

U.S. intelligence services tried to explain that away by claiming that the Russians wanted to “sow discord”. There is zero evidence that this was really the case. It is simply an explanation that was made up because they failed to find a better one.

The real answer to the question why different IRA accounts posted on different sides of the political spectrum is that the IRA wanted to maximize its income. One has to cover both sides if one wants to optimize the number of eyeballs one attracts.

FOX News is not pro-Trump because it wants to sow discord. Nor is CNN anti-Trump to serve that purpose. Both are in the business of attracting viewers to – in the end – sell advertisements. People flock to the TV station that fit to the opinion they already have. Both stations promote by and large similar products.

The virtual IRA persona worked in a similar ways. They took political positions to attract people who already had a similar one. One persona did that for the left, another one for the right. Neither changed the opinions of their followers.

A recently published study which looked at Twitter users who followed IRA sock puppet accounts and their content confirms that. It found that the IRA sock puppets had no influence on the opinions of their followers.

The study by U.S. and Danish researchers is headlined Assessing the Russian Internet Research Agency’s impact on the political attitudes and behaviors of American Twitter users in late 2017. It found:

Using Bayesian regression tree models, we find no evidence that interaction with IRA accounts substantially impacted distinctive measures of political attitudes and behaviors over a 1-mo period. We also find that interaction with IRA accounts were most common among respondents with strong ideological homophily within their Twitter network, high interest in politics, and high frequency of Twitter usage. Together, these findings suggest that Russian trolls might have failed to sow discord because they mostly interacted with those who were already highly polarized.

Most hardcore Republicans watch FOX New, most hardcore Democrats watch CNN. Neither TV station changes the core opinions of their viewers. They reinforce them.

The “Russian trolls” were virtual persona created to cover -in total- a wide spectrum. Some persona played hardcore Republican, other played hardcore Democrats. They created and posted content that fit to the role they played. Each attracted followers with opinions similar to those the virtual persona pretended to have. No opinion was changed through those contacts. No discord was sown.

The IRA then sold advertisement space to vendors to monetize all eyeballs its virtual personas attracted.

The U.S. intelligence agencies pretended that the commercial IRA was a political agency. It helped them to sell animosity against Russia and to pretend that Trump was somehow colluding with Putin.

But it all never made any sense.