This week’s edition of the Lancet—the world’s pre-eminent peer reviewed medical journal—carries a letter from 117 medical doctors in 18 countries, renewing their call for urgent action to save the life of WikiLeaks publisher Julian Assange. Their letter appears less than one week before the start of the US extradition hearing in London that may decide Assange’s fate.

The doctors’ two-page letter appears in the correspondence section of the Lancet under the heading “End torture and medical neglect of Julian Assange.” It was written by Dr Stephen Frost (UK), Dr Lissa Johnson, clinical psychologist (Australia), Dr Jill Stein (former leader of the US Green Party) and William Frost (UK). 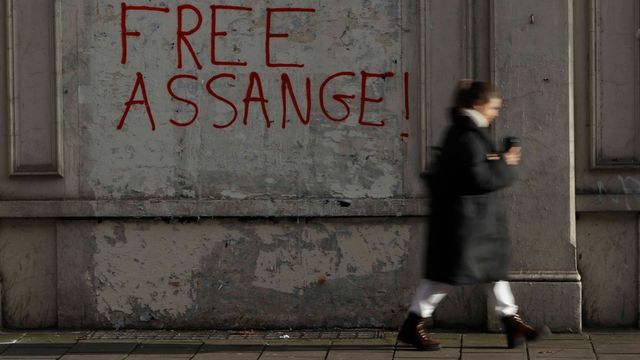 “The case of Assange… is multifaceted,” the doctors write. “It relates to law, freedom of speech, freedom of the press, journalism, publishing, and politics. It also, however, clearly relates to medicine and public health. The case highlights several concerning aspects that warrant the medical profession’s close attention and concerted action.”

Nearly three months ago, on November 22, more than 65 doctors issued an open letter to the UK government challenging the illegal and arbitrary detention of Assange. A follow-up letter to the Australian government was issued on December 16. Neither government has responded.

Issuing their appeal to medical colleagues throughout the world—the Lancet has 1.8 million subscribers—the letter’s authors describe multiple human rights violations by the US, UK, Swedish, Ecuadorian and Australian governments against Assange. This includes nearly a decade of “illegal and arbitrary detention” and relentless state persecution amounting to “prolonged psychological torture.”

Readers of the Lancet might be shocked to learn that doctors treating Assange in London have faced intimidation and state surveillance—methods commonly employed by military dictatorships. “There was… a climate of fear surrounding the provision of health care in the Embassy,” the letter recounts, with treating doctors forced to report their identity to police.

“Disturbingly,” they write, “it seems that this environment of insecurity and intimidation, further compromising the medical care available to Assange, was by design. Assange was the subject of a 24/7 covert surveillance operation inside the embassy, as the emergence of secret video and audio recordings has shown.

“He was surveilled in private and with visitors, including family, friends, journalists, lawyers, and doctors. Not only were his rights to privacy, personal life, legal privilege, and freedom of speech violated, but so, too, was his right to doctor–patient confidentiality.”

Doctors for Assange (as the doctors are collectively known) have launched a new website, and their letter to the Lancet links to this, “We invite fellow doctors to join us as signatories to our letters to add further voice to our calls. Even as the world’s designated authorities on arbitrary detention, torture, and human rights added their calls to doctors’ warnings, governments have sidelined medical authority, medical ethics, and the human right to health.

“This politicisation of foundational medical principles is of grave concern to us, as it carries implications beyond the case of Assange. Abuse by politically motivated medical neglect sets a dangerous precedent, whereby the medical profession can be manipulated as a political tool, ultimately undermining our profession’s impartiality, commitment to health for all, and obligation to do no harm.”

The doctors issue a stark warning, “Should Assange die in a UK prison, as the UN Special Rapporteur on Torture has warned, he will have effectively been tortured to death. Much of that torture will have taken place in a prison medical ward, on doctors’ watch. The medical profession cannot afford to stand silently by, on the wrong side of torture and the wrong side of history, while such a travesty unfolds.”

Yesterday, Doctors for Assange sent copies of their letter to UK Home Secretary Priti Patel and to Australian Foreign Minister Marise Payne. “Mr Assange’s human rights to health care and freedom from torture must be upheld. At this late hour, we call on you to act decisively,” the doctors wrote.

Their letter to the Lancet concludes, “Our appeals are simple: we are calling upon governments to end the torture of Assange and ensure his access to the best available health care before it is too late. Our request to others is this: please join us.”

One thought on “The Lancet publishes letter from doctors: “End torture and medical neglect of Julian Assange””