Monday’s investigation by BBC’s Panorama, “Has the Government Failed the NHS?” was a staggering indictment of the Conservative government’s failure to provide health workers with personal protective equipment (PPE).

The documentary, with reporting by Richard Bilton, details the criminal lack of preparation for the pandemic reported by workers in the National Health Service (NHS) and public health experts. It exposes the Conservative government’s attempt to cover up its failings, which continue to put the lives of more doctors and nurses at risk.

Using documents from within the NHS supply chain, the investigation rips apart ministers’ claims to have provided 1 billion items of PPE in the last two months. More than half of these items are surgical gloves, with each individual glove counted as a separate piece of PPE in most cases. The second largest stock of items is for plastic aprons, described by one Accident and Emergency doctor as, “What you’d expect a dinner lady to wear … it does nothing.” Items like cleaning equipment, waste bags, detergent and paper towels are also counted as PPE in the official figures. 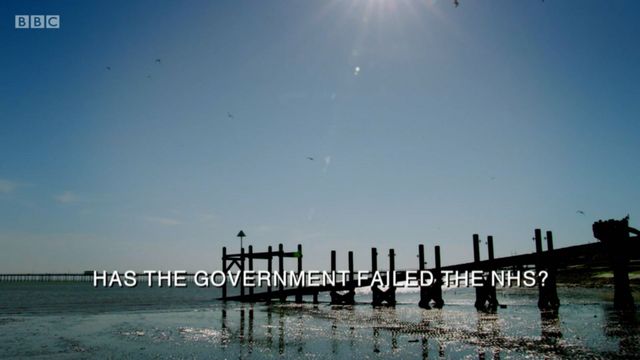 Panorama’s Has the Government Failed the NHS

According to World Health Organization (WHO) guidelines on PPE, staff caring for COVID-19 patients should wear a full protective gown, gloves, face mask and eye protection.

Panorama cited the case of an NHS nurse in his fourth week on a ventilator, who fell ill with COVID-19 while working in Southend hospital. Its investigation found that the whole Mid and South Essex NHS trust, which runs several community hospitals and three major hospitals including Southend, received just 360 protective medical gowns in the five weeks before the nurse was hospitalised. This is less than 10 a day. An anonymous health manager explains, “The supply chain is erratic, unpredictable and incompetent. We might ask for 10,000 gowns and instead be sent 5,000 aprons.”

A video taken by a nurse shows boxes of out-of-date masks he and his colleagues are expected to use, some of which expired in 2016. “The sticker that they’ve covered up the out of date sticker with is out of date.”

The toll taken on the workforce is disastrous. The programme notes that nearly 100 NHS workers have died after falling ill with the coronavirus. Nursing Notes reports that, as of Tuesday morning, 140 health and social care workers are believed to have died of COVID-19. Referring to the government’s hypocritical praise for health workers, one intensive care nurse told Panorama, “calling us heroes just makes it okay when we die.” 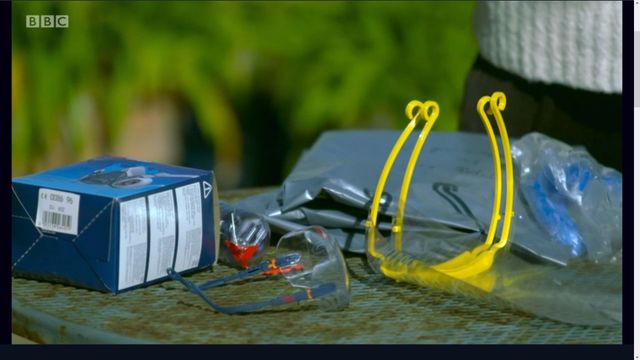 With a contempt for the value of health workers’ lives, the government announced on the day of the Panorama broadcast that they would pay just £60,000 to the families of NHS and social care workers killed by COVID-19. This filthy blood money barely amounts to two years’ wages for households which have lost, in many cases, decades of life of their loved ones. It will inevitably be used to undermine any future legal cases, which might be brought against government ministers for their endangering of workers’ lives.

As Panorama documents, the possibility existed to prepare a safe response to the pandemic. Irial Eno, a doctor, told the programme, “[The government] keep saying ‘this is completely unprecedented.’ It is unprecedented. But it wasn’t unexpected.” Bilton explains, “For almost a decade, [a pandemic has] been designated the greatest threat to Britain.” No action whatsoever was taken to address this threat.

The government’s 2009 pandemic guidance states that full protective gowns, the best type of facemask and eye protection are standard requirements for health care workers, who might be in contact with a virus during a pandemic. In the next 10 years, however, the government “didn’t buy any hospital gowns at all.” Even when government advisers warned gowns would be needed in the stockpile, none were bought. Nor was a single visor, swab or body bag. Over 20 million respirator masks are unaccounted for. There are 33 million on the original stockpile list, but only 12 million have been handed out. Bilton reports, “The government refuses to explain where the other life-saving masks might have gone.” 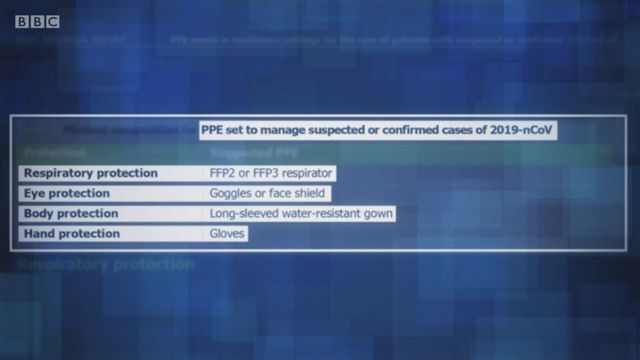 The refusal to stockpile basic items required by health workers was part of the multi-billion pounds cuts programme of the 2010–15 Conservative/Liberal Democrat coalition. Between 2013 and 2016, as they enforced savage austerity to pay for the 2008–09 bailout of the bankers, the value of the national PPE stockpile was slashed by 40 percent.

Even at this stage, the investigation insists, the UK “still had time” to prepare its response “when COVID-19 first appeared.” At the start of February this year, the European Centre for Disease Control issued a warning on the coronavirus and advised the stockpiling of respirator masks, eye protection, gowns and gloves. Under its guidelines, the most serious cases of COVID-19 would require 20 full sets of PPE per patient per day.

The government failed to set supply chains in motion to provide these resources. Panorama shows a factory in Bolton which produces the protective material used to make gowns. They offered their services to the government and to Public Health England (PHE) but had heard nothing back in the 10 days that had passed when Panorama visited the site. By the time the investigation was broadcast, the factory was producing for the NHS via a private supplier, but the unused weeks meant the loss of a potential 300,000 gowns that were sold to the US. The NHS needs hundreds of thousands per day, but the government has made just over 1.3 million gowns available during the crisis.

A massive propaganda campaign was launched to keep these shortages concealed. Heads of Procurement at several NHS trusts spoke to Panorama anonymously. One said, “We’ve been told not to talk about the shortages outside of meetings. They don’t want people to know how bad it is.”

When the government realised the scale of the catastrophe they had prepared could not be kept under wraps, they moved to create a get-out clause. In January, COVID-19 was given the designation of a High Consequence Infectious Disease (HCID). The UK’s Health and Safety Executive states that all health care staff dealing with a HCID should be given respirator masks, full-face visors and gowns, meaning the government has a legal obligation to meet these criteria. 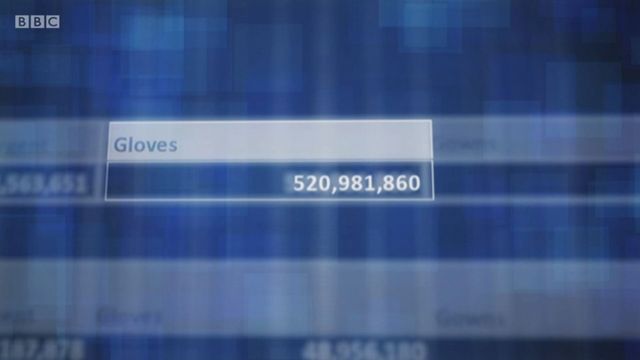 Six weeks ago, Panorama reports, the government downgraded its designation of COVID-19. The UK now formally considers the COVID-19 coronavirus of less consequence than SARS, MERS and H1N1. At the same time, PPE guidelines were moved away from the WHO’s advice to the lower standard of gloves and less-protective aprons and surgical masks in all but the most dangerous situations.

Bilton reports, “It seems clear that the rules have been changed because of the shortages.” Sources in the scientific committee that made the decision to downgrade the classification told Panorama, “[I]t had to be a pragmatic decision based on the availability of PPE.”

Public health expert John Ashton explains, “COVID-19 is the biggest infectious disease to hit this country in the last hundred years. Why on earth shouldn’t it be in the most serious category?”

On the government’s response to the crisis, he says: “They failed to get a grip. They took advice from too narrow a range of people. And when things continued to escalate out of control, they started to spin the story to make out that—actually—they’d been following the science and everything that they did made perfect sense. I think it’s disgraceful.”

The tragedy unfolding in the NHS is repeated in care homes across the country. Millions of key workers in transport, food shops and logistics are suffering the same fate. Operation Cygnus, carried out in 2016 to model the effects of pandemic, predicted up to 750,000 dead.

The morning after Panorama was broadcast, Britain’s national newspapers carried headlines endorsing a rapid return to work, including “Turning the Tide,” “Hope in sight: talks this week of easing the lockdown” and “Time to fire up the engines, says PM.” The damning investigation barely received a mention. Meanwhile, the Labour Party and trade unions continue to work “constructively” with the government, demanding it map out an “exit strategy” from the lockdown.