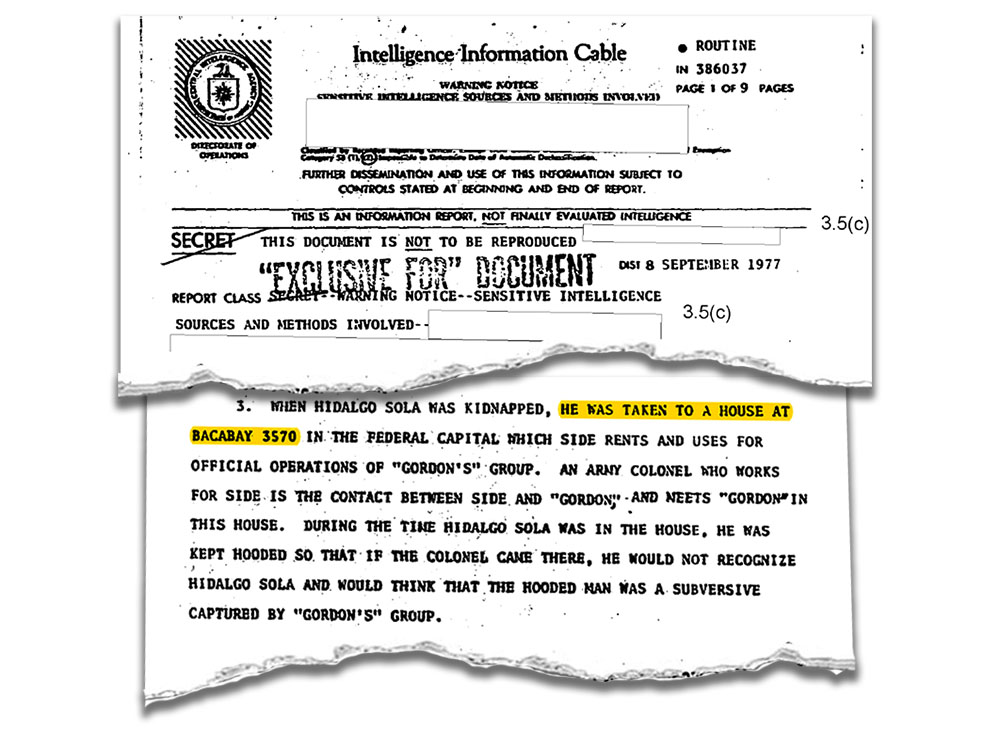 Washington D.C. July 21, 2020 – Forty-four years after the Argentine military began disappearing thousands of citizens following the March 24, 1976, coup, human rights investigators have located one of the first clandestine torture sites used by state intelligence operatives. The clandestine center was identified after the declassification of thousands of U.S. intelligence records last year, among them a secret CIA report on the disappearance of an Argentine diplomat which stated that he had been kidnapped by agents of the State Intelligence Secretariat (SIDE) and “taken to a house at Bacabay (sic) 3570 in the Federal Capital which SIDE rents and uses for official operations….”

The National Security Archive first called attention to the CIA document, entitled “Kidnapping and Assassination of Argentine Ambassador to Venezuela by a Group Associated with Argentine State Intelligence Secretariat (SIDE) Without SIDE Knowledge or Authorization,” by posting it on the day it was declassified, April 12, 2019. The Archive today reposted the formerly secret CIA cable, along with a State Department report on U.S. citizen Mercedes Naveiro Bender, who was kidnapped in May 1976 and held at the Bacacay house, according to a new investigative report by federal Judge Daniel Rafecas.