Recently, you and nearly 212,000 other people signed an open letter of solidarity. A small gesture that meant the world for the people you supported. 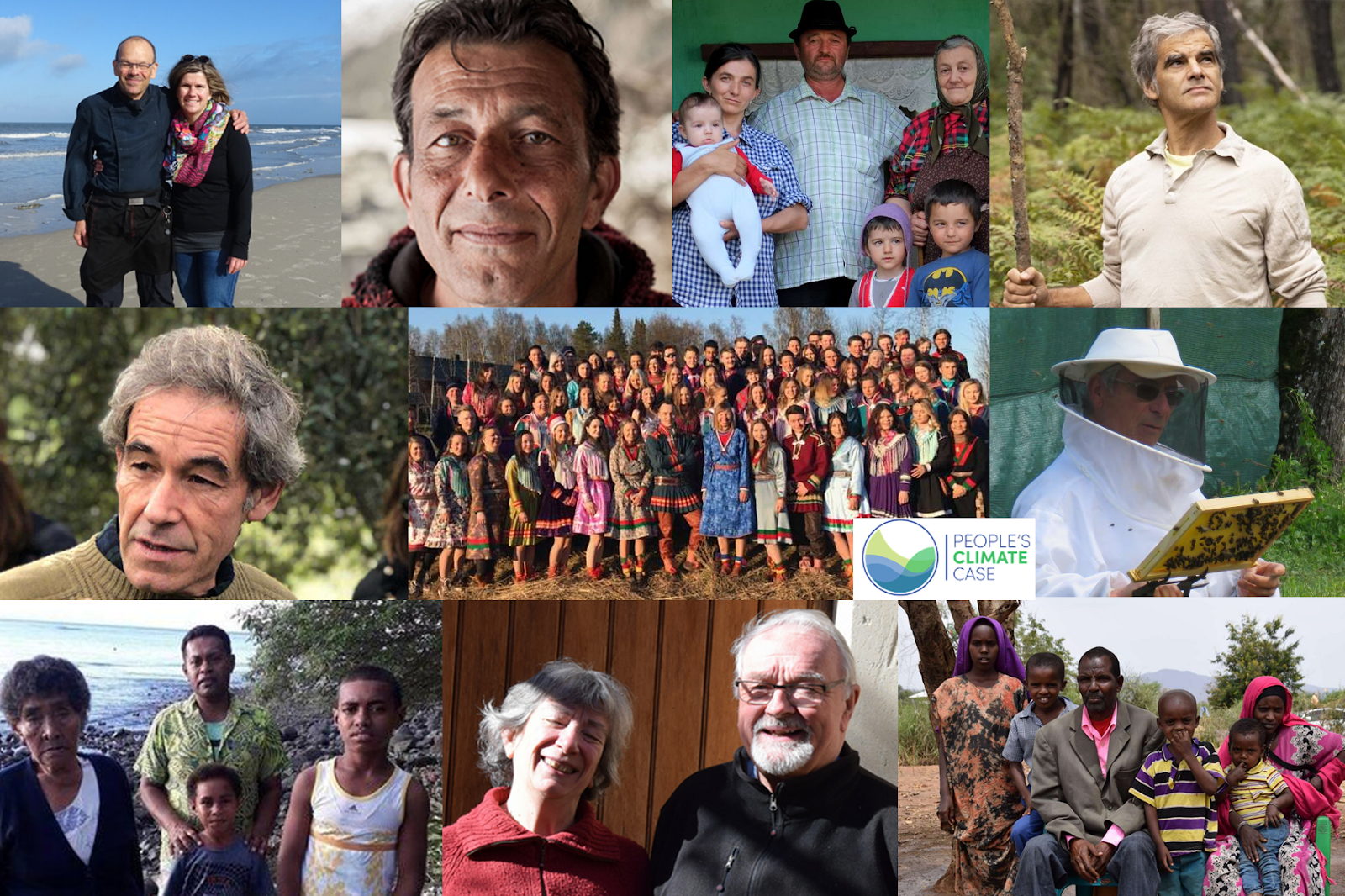 These are the courageous people who, a couple of years ago, decided to come together – each from their corner of our continent – to take the European Union to court for failing to protect their livelihoods as the threat of climate change became a reality in their daily lives. Their case came to be known as the “People’s Climate Case”.

Our community was standing right next to them when the case was launched with a big media splash. In press conferences across different European capitals, hundreds – including journalists and photographers – gathered to hear the personal stories behind the tragedy. You might remember Petru Vlad, a Romanian farmer whose family is at risk of losing their farm and livestock, and therefore their means of survival, because they have to go higher and higher up the mountain to find green pastures in the summer. Or Sanna, whose Swedish community of indigenous reindeer herders might lose not just their livelihoods, but also their ancient culture.

Your signature was displayed in many European capitals – in a live counter! As the plaintiffs spoke to the media, the counter next to them increased its number every time one of us signed the solidarity letter. We showed they were not alone during that important moment. 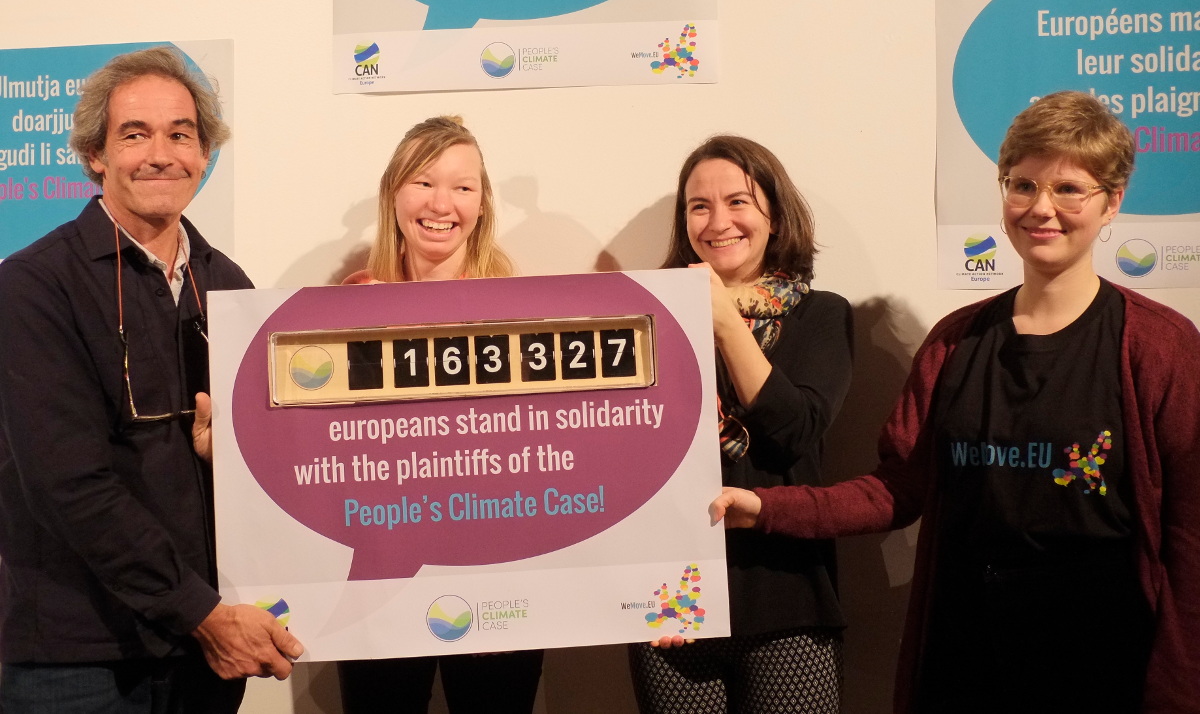 We also organised for the families of the People’s Climate Case to meet face-to-face with EU Parliament representatives – just a few days before these MEPs voted for key measures to hold climate chaos back. [1] This was their first chance to look decision-makers in the eye and show them first-hand the human face of loss.

With your support, the stories of the plaintiffs and their demands have spread. The families have faced politicians, talked to the media, joined youth in climate marches and won action prizes! 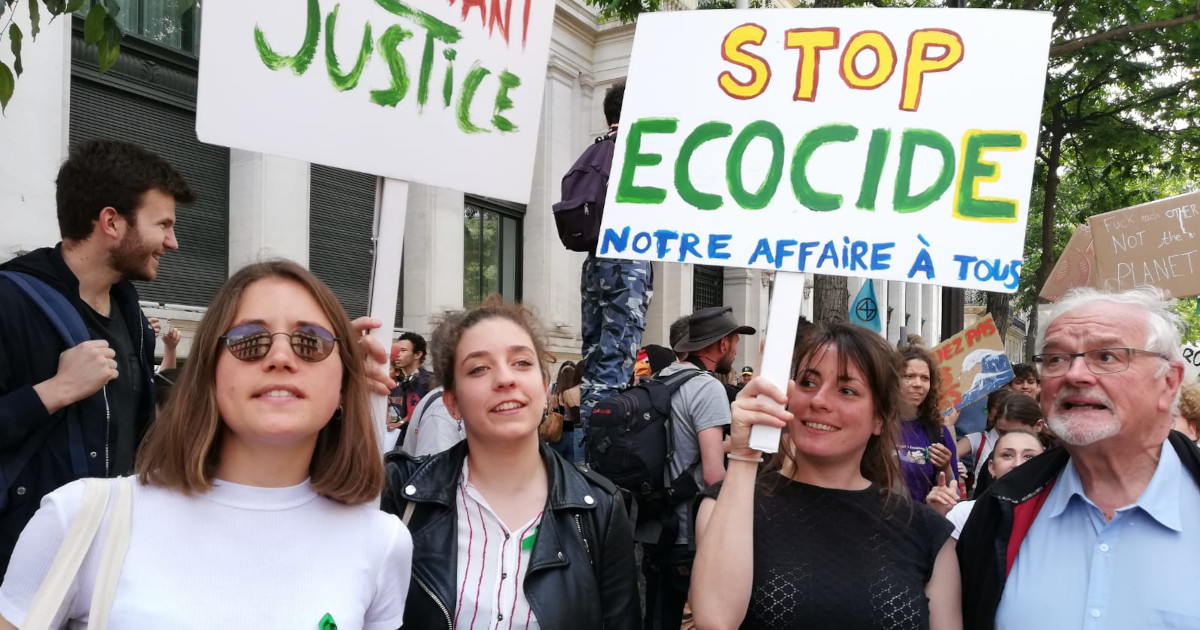 Maurice Feschet, French plaintiff, at a youth march for climate

The final verdict has now fallen. Last week the EU Court of Justice dismissed the appeal in the People’s Climate Case without a hearing — only on procedural grounds. [2] So, not because of the climate impact on their lives, but because the court said they could not rule on this case. According to the court, the plaintiffs did not have a right to challenge the EU for its climate inaction. They are afraid that if they rule on this case many people will bring cases to challenge the EU on environmental grounds.

We are disappointed, particularly as national courts across Europe and the European Human Rights Court are leading the way by playing an increasingly important role in holding governments accountable — while EU courts are still hiding behind procedural grounds.

But there are reasons to be hopeful. Alongside our People’s Climate Case, several other cases of climate litigation have recently appeared in different countries. Legal action is a good way to push governments to act on climate policy, as well as to create a political momentum. For instance, recently, the European Court of Human Rights has granted priority to a case initiated by 6 Portuguese children who are affected by climate change. In the Netherlands, Ireland, and France, courts held governments accountable for their climate action. [3] This positive trend is empowering.

There’s more. Even though the People’s Climate Case has been dismissed, in the last 3 years, the plaintiffs’ tireless efforts contributed to pressure the political leaders of the EU towards climate action. Now, we have witnessed the beginning of the roll-out of a European Green Deal and, late last year, the EU set a more ambitious emission reduction target. The near future holds further important negotiations including on the European Climate Law. [4]

In other words, by supporting the plaintiffs and their case, you helped to put pressure on EU leaders towards climate action and provide democratic access to justice in the future.

Your continued support is needed and very much appreciated!

PS: This incredible story of transnational connections and international mobilisation wouldn’t have happened without the expertise, perseverance and leadership of the Climate Action Network in Europe. Our community can be proud to have worked hand in hand with amazing individuals and organizations in this endeavour!