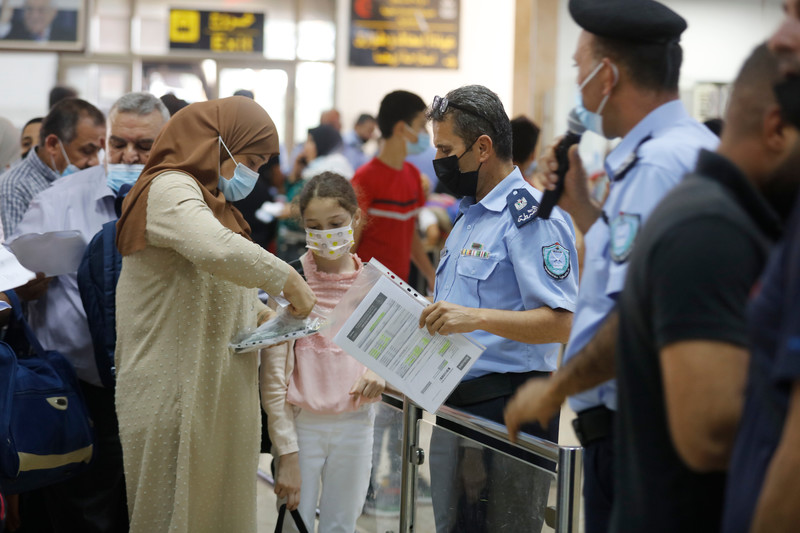 New Israeli defense ministry restrictions on the entry of foreigners to the occupied West Bank will infringe on Palestinians’ basic rights, including to family life, when they are imposed next month.

The 97-page procedure serves Israel’s “racial engineering” of the population in the West Bank “within the framework of its apartheid regime, which constitutes a crime against humanity,” according to a coalition of Palestinian human rights groups.

Those groups say that the restrictions “encroach on Palestinians’ freedom of movement, receiving humanitarian and development assistance and hosting medical practitioners and other experts.”

“These measures impinge on the sovereign rights of the Palestinian people, including the right to host experts, artists, athletes, students, tourists and volunteers.”

The groups urge European Union countries to pressure Israel to “halt these increasing restrictions.” They are also calling on a permanent fact-finding mission established by the UN Human Rights Council “to investigate this measure as a grave violation that falls within the category of racial discrimination.”

The new restrictions, published earlier this month, will enter into force on 20 October. They will not apply to foreigners visiting occupied East Jerusalem, which Israel illegally annexed and is governed by that state’s civil law.

Foreigners wishing to visit the West Bank, excluding East Jerusalem, must do so via the Allenby Crossing with Jordan rather than Israel’s international airport near Tel Aviv.

Those seeking to work or study in the West Bank “must apply for an entry visa 45, 60, or even up to 153 days before arrival as well as provide an extensive questionnaire on their CV [resume], and any familial or spousal connections in the West Bank,” according to the coalition of rights groups.

An earlier draft of the restrictions would have required foreigners to notify the Israeli military if they became engaged with, married or moved in with a Palestinian.

“This scandalous condition was removed later under international pressure,” according to the Palestinian rights groups.

“However, the newly adjusted procedures still provide that any visa renewal of someone on a work visa or other special purpose visa must be accompanied by information about being in a couple with a Palestinian registered in the population registry in the West Bank if that is the case.”

The “draconian new procedure for the entry and residence of foreigners in the West Bank” will “undermine the academic freedom of Palestinian universities and harm the local economy and society,” according to HaMoked, an Israeli human rights group that took legal action against an earlier draft of the restrictions.

After pressure from international bodies, Israel has modified some of the new rules regulating the entry of foreign visitors to the West Bank@JessicaMontell of @HaMokedRights explained to our @benitalevin what were some of the clauses that had activists so alarmed pic.twitter.com/v9SrnyjAZE

“Short-term visits to the West Bank are limited to first degree relatives of Palestinians, businesspeople, investors and recognized journalists,” according to HaMoked.

“The procedure does not allow for visits to extended family or friends in the West Bank, nor for tourists, pilgrims or cultural visits.”

Anyone wishing to enter the West Bank to work, volunteer, teach or study, or who is a foreign spouse of a Palestinian, must pay “prohibitively high security guarantees” of up to $20,000, HaMoked adds.

These directives apply to staff and volunteers with UN agencies and international organizations. The restrictions therefore hinder “the flow of needed humanitarian and development assistance … to cope with the dire living conditions created by Israel’s discriminatory actions,” the Palestinian rights groups state.

The new restrictions will disrupt the family life of thousands of Palestinians.

They stipulate that Israel has the authority to approve requests by foreign spouses to reside in the West Bank and state that these requests are “subject to political considerations of the Israeli government,” according to HaMoked.

Israel has frozen the family unification process for more than two decades, forcing thousands of people, particularly the foreign spouses of Palestinians, to live in the West Bank without legal status.

The new regulations will render a foreigner married to a Palestinian ineligible for work or student visas.

“Furthermore, all visas under the procedure will be evaluated in light of ‘the risk of becoming entrenched’ in the West Bank,” HaMoked states.

The defense ministry in Tel Aviv even has the authority to set academic qualifications for faculty at West Bank institutions under the new restrictions.

Student and faculty visas may be renewed for a maximum of 27 months and there is no option of securing tenure for foreign faculty.

The new restrictions do not apply to foreigners traveling to Israeli settlements in the West Bank. Anyone wishing to study or teach at Ariel University in the settlement for which it is named “will continue to be governed by the much more lenient regulations set by Israel’s ministry of interior,” according to HaMoked.

The defense ministry will also “determine the economic criteria for entrance of businesspeople and investors, and decide which professions and projects have ‘importance to the region,’” the rights group states.

Foreigners may volunteer with Palestinian institutions for only 12 months and then must remain abroad for another year before they may reenter the West Bank.

Citizens of Jordan, Egypt, Morocco, Bahrain and South Sudan are excluded from entering the West Bank under the new restrictions, despite those countries’ diplomatic ties with Israel.

“This discriminatory exclusion also applies to dual nationals; for example, a holder of both a US and a Jordanian passport would be treated as a Jordanian for the purpose of this procedure,” HaMoked states.

Citizens of those states must go through a “separate process restricted to exceptional and humanitarian cases.”

The policy may cause frustration in Washington over Israel’s discriminatory treatment of Palestinian Americans attempting to enter Israel and the West Bank.

The Biden administration has sought to ensure Israeli compliance with the US Visa Waiver Program, with ambassador Tom Nides stating in June that he has worked “around the clock since I arrived to help Israel meet all the requirements” to join the program.

The program requires reciprocal treatment for US citizens at all border crossings.

Palestinian human rights groups note that the new restrictions on entry to the West Bank coincide with “unprecedented escalation throughout the [occupied Palestinian territory], including forced population displacement and transfer on both sides of the Green Line.”

Three of the undersigned organizations – Al-Haq, Addameer and Defense for Children International-Palestine – were declared terrorist groups by the Israeli defense ministry last year and their West Bank offices were raided and ordered closed by the military in August.