A day after the U.S. coup attempt in Venezuela the U.S. game plan was already quite obvious:

The opposition in Venezuela will probably use access to that ‘frozen’ money to buy weapons and to create an army of mercenaries to fight a ‘civil’ war against the government and its followers. Like in Syria U.S. special forces or some CIA ‘contractors’ will be eager to help. The supply line for such a war would most likely run through Colombia. If, like 2011 in Syria, a war on the ground is planned it will likely begin in the cities near that border. 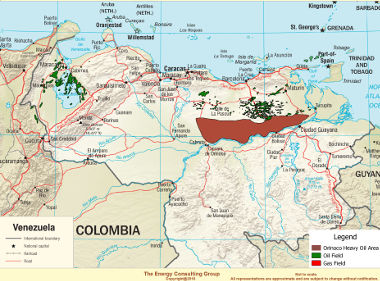 The U.S. is using the pretext of ‘delivering humanitarian aid’ from Columbaia to Venezuela to undermine the government and to establish a supply line for further operations. It is another attempt to pull the military onto the coup plotter’s side:

[I]f the trucks do get across, the opposition can present itself as an answer to Venezuela’s chronic suffering, while Mr. Maduro will appear to have lost control of the country’s borders. That could accelerate defections from the ruling party and the military.

Dimitris Pantoulas, a political scientist in Caracas, called the opposition’s aid delivery plan a high-stakes gamble.
…
“This is 99 percent about the military and one percent about the humanitarian aspects,” he said. “The opposition is testing the military’s loyalty, raising their cost of supporting Maduro. Are they with Maduro, or no? Will they reject the aid? If the answer is no, then Maduro’s hours are numbered.”

According to Mr. Guaidó and other sources, $20 million in American medicines and food will be unloaded this week just outside Venezuelan territory in Cúcuta, Colombia; Brazil, and on a Caribbean island — either Aruba or Curaçao — near the Venezuelan coast.

Venezuelan military officials and troops in exile will then move these supplies into Venezuela, where if all goes well, army troops still loyal to Mr. Maduro will not stop their passage nor fire upon them. If they do, the Brazilian and Colombian governments may be willing to back the anti-Maduro soldiers. The threat of a firefight with their neighbors might just be the incentive the Venezuelan military need to jettison Mr. Maduro, making the reality of combat unnecessary.

This escalation strategy is unlikely to work unless some additional provocation is involved. The Venezuelan government blocked the border bridge between Cúcuta in Colombia and San Cristobal in Venezuela. Its military stands ready to stop any violation of the country’s border.

The U.S. responded to the blocking of the road with a sanctimonious tweet:

The Venezuelan people desperately need humanitarian aid. The U.S. & other countries are trying to help, but #Venezuela’s military under Maduro’s orders is blocking aid with trucks and shipping tankers. The Maduro regime must LET THE AID REACH THE STARVING PEOPLE. #EstamosUnidosVE

The U.S. government, which actively helps to starve the people of Yemen into submission, is concerned about Venezuela where so far no one has died of starvation? The lady ain’t gonna believe that. 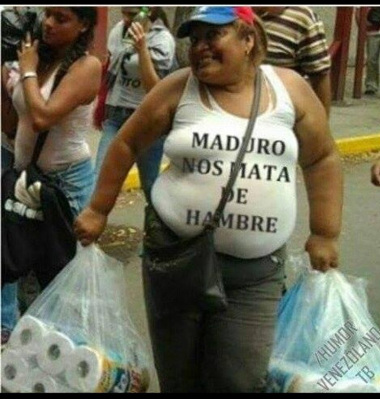 The Venezuelan military has shown no sign of interest to change its loyalty. The fake aid will be rejected.

The government of Venezuela does not reject aid that comes without political interference. Last year it accepted modest UN aid which consisted mostly of medical supplies from which Venezuela had been cut off due to U.S. sanctions. The UN claimed that around 12 percent of Venezuelans are undernourished. But such claims have been made for years while reports from Venezuela (vid) confirmed only some scarcity of specific products. There is no famine in Venezuela that would require immediate intervention.

The International Red Cross, the Catholic church’s aid organization Caritas and the United Nations rejected U.S. requests to help deliver the currently planned ‘aid’ because it is so obviously politicized:

“Humanitarian action needs to be independent of political, military or other objectives,” UN spokesman Stephane Dujarric told reporters in New York on Wednesday.

Rejecting aid out of political reasons is not unusual. When the hurricane Katrina in 2005 caused huge damage along the U.S. gulf coast, a number of countries offered humanitarian and technical aid. U.S. President Bush accepted help from some countries, but rejected aid from other ones:

An offer of aid from the Venezuelan president, Hugo Chávez, which included two mobile hospital units, 120 rescue and first aid experts and 50 tonnes of food, has been rejected, according to the civil rights leader, Jesse Jackson.

The U.S. intent to establish a ‘humanitarian aid’ supply line into Venezuela has a secondary purpose. Such aid is the ideal cover for weapon supplies. In the 1980s designated ‘humanitarian aid’ flights for Nicaragua were filled with weapons. The orders for those flights were given by Elliot Abrams who is now Trump’s special envoy for Venezuela.

While the trucks from Colombia are blocked at the border other ‘humanitarian aid’ from the United States reached the country.

Officials in Venezuela have accused the US of sending a cache of high-powered rifles and ammunition on a commercial cargo flight from Miami so they would get into the hands of President Nicolás Maduro’s opponents.

Members with the Venezuelan National Guard [GNB] and the National Integrated Service of Customs and Tax Administration [SENIAT] made the shocking discovery just two days after the plane arrived at Arturo Michelena International Airport in Valencia.

The pictures show sufficient equipment for an infantry squad. Fifteen AR-15 assault rifles (5.56), one squad automatic weapon (7.62) with a drum magazine, and a Colt 7.62 sniper gun as well as accessory equipment. What is missing is the ammunition.

Where one such weapon transport is caught multiple are likely to go through. But to run a war against the government pure weapon supplies are not enough. The U.S. will have to establish a continuous supply line for heavy and bulky ammunition. That is where ‘humanitarian aid’ convoys come in.

Unless a large part of the Venezuelan military changes sides, any attempt to overthrow the Venezuelan government by force is likely doomed to fail. The U.S. could use its full military might to destroy the Venezuelan army. But the U.S. Senate is already quarreling about the potential use of U.S. forces in Venezuela. The Democrats strongly reject that.

A Senate resolution to back Venezuelan opposition leader Juan Guaido, once expected to get unanimous support, has been torpedoed by a disagreement over the use of military force, according to aides and senators working on the issue.

“I think it’s important for the Senate to express itself on democracy in Venezuela, supporting interim President Guaido and supporting humanitarian assistance. But I also think it should be very clear in fact that support stops short of any type of military intervention,” [Sen. Bob Menendez, D-N.J.] told NBC News.

It is unlikely that Trump would order a military intervention without bipartisan support.

The a clandestine insertion of a mercenary ‘guerrilla’ force into Venezuela is surely possible. Minor supply lines can be established by secret  means. But, as the war on Syria demonstrates, such plans can not be successful unless the people welcome the anti-government force.

Under the current government most people in Venezuela are still better off than under the pre-Chavez governments. This lecture and this thread explain the economic history of Venezuela and the enormous progress that was made under Chavez and Maduro. The people will not forget that even when the economic situation will become more difficult. They know who is pulling the strings behind the Random Guy Guaido who now claims the presidency. They know well that these rich people are unlikely to better their plight.

U.S. politicians are making the same mistakes with regards to Venezuela as they made with the regime change wars on Iraq and Syria. They believes that all people are as corrupt and nihilistic as they are. They believe that others will not fight for their own believes and their own style of life. They will again be proven wrong.