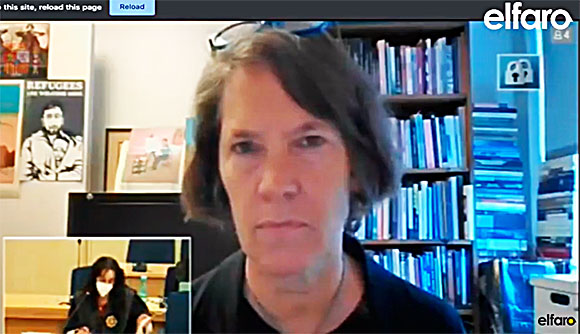 Washington D.C., July 10, 2020 – More than three decades after the shocking execution of six Jesuit priests by the Salvadoran military, National Security Archive senior analyst Kate Doyle testified today at the historic legal proceedings in Spain to hold senior officials accountable for the November 1989 atrocity. Acting as an expert witness, Doyle authenticated hundreds of declassified U.S. records that have been submitted as evidence to the Spanish tribunal in the case of the Jesuits.

“The U.S. documents provide a strong credibility, and a clear relevance to clarifying the crimes that were committed,” as Doyle, who directs the El Salvador Documentation Project at the National Security Archive, informed the court.

The legal proceedings against former Vice Minister of Public Security Col. Inocente Orlando Montano began in June 2020. Montano, who quietly left El Salvador in 2001 was discovered by human rights investigators living outside Boston in 2011. He was convicted of immigration fraud and, in November 2017, extradited to Spain to stand trial for his role in the Jesuit massacre.