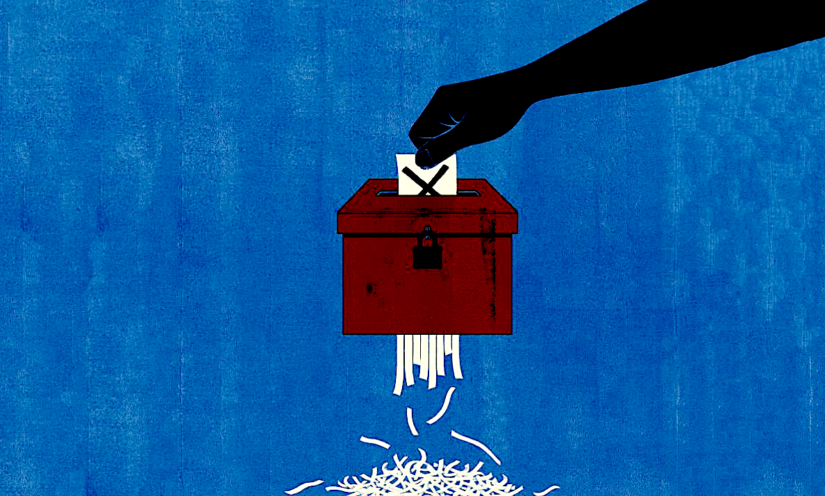 As predicted here at TruePublica the landmark government crime bill has passed its first parliamentary hurdle without as much as a murmur. It is yet another example of how democracy is defeated.

The Police, Crime, Sentencing and Courts Bill, which groups together a range of changes to enforcement and sentencing in England and Wales, passed its second reading by 359 votes to 263.

Labour’s Kier Starmer made a small attempt to make an amendment to the Bill, which was easily voted down.

Labour MPs voted against the Bill primarily over its proposals to allow police significant decision making powers to stop protests on the grounds of “noise and disruption to the public”.

The Sarah Everade vigil on Saturday highlighted worries about potential overreach over such gatherings.

The Tories strongly backed all of its proposals. Perhaps they had not considered how these powers will be abused.

Take for instance the Terrorism Act 2000 and its subsequent RIPA laws – designed to hunt down terrorists – now used routinely by government agencies, local authorities and even the BBC to track down people for non-payment of parking fines, under-age sunbed use, or licence fees.

What would the Tories have thought if Labour had won the last general election and Jeremy Corbyn was proposing these same draconian civil liberty restrictions? Would there now be chants of ‘Marxist regime’ bellowing around the Commons? Surely, these new dictatorial powers would be used to ‘further the agenda of the worker revolution to overturn capitalism in favour of communism.’ But when ideologically driven capitalists do it – what is their agenda?

There is only one point to this Bill.

And even right-wing Tory Brexiteer Steve Baker, the Wycombe MP (ex ERG henchman) can see it. He said he was worried by these proposals in an article for the Conservative Home website. It was jointly written with the ex-Tory MP and former attorney general Dominic Grieve. Together they drafted the following paragraph:

“The proposals in the bill may create uncertainty by giving far too much discretion to the police in determining the balance between protests and disruption and far too much power to the executive to change the law by decree if it chooses.”

Got that? Too much power to the police and even more unchallengeable power to whoever sits in Downing Street. Even Baker can see that this is not about democracy – it’s about control.

By these standards, Boris Johnson makes Henry VIII out as some sort of slacker!

In the Commons, the odd Labour MP attempted to make a stand. Clive Efford, branded the Bill – “a Tory-led coup without guns”. And he’s right on the mark.

Even the former terrorist-supporting DUP had something to say with its MP Gavin Robinson saying:

“The loose and lazy way this legislation is drafted would make a dictator blush. Protests will be noisy, protests will disrupt and no matter how offensive we may find the issue at their heart, the right to protest should be protected.”

There are good reasons why a Bill like this should appear nowhere near a normally functioning democracy. Take the fact that proposals in the bill make defacing statues and monuments punishable by up to 10 years in jail. This is now on par with rape and violent domestic burglary. Typically, wounding with intent carries a five-year prison sentence. Assault comes with six months, actual bodily harm carries a maximum five-year sentence. You see the point the government is making about legal priorities, don’t you – because it’s not about democracy, or justice, is it?

So if you’re son is an angry nineteen year old who can’t get a job and has no stake in society and decides to spray a statue of Thatcher with some anti-establishment meme – its 10 years for him, but battering his next-door neighbour out of anger (because there’s no venting mechanism) is not so bad then!

And the reason for saying that is simple. Each generation has some grievance it wants to make a point about. This time it’s Black Lives Matter, last year it was a bunch of kids protesting about the climate crisis, in 2003 two million Brits protested Britain’s invasion of the Middle East. In the 1990s, there were the Poll tax protests, in the 70s the Women’s Liberation Movement protested for equal pay and job opportunities and in the 60s there were protests about bus companies refusing to employ black or Asian drivers. And let’s not forget that in the 50s the CND movement against nuclear weapons emerged. All of these examples are still playing out today in some way. Each decade there’s something that provides a physical reminder that government need to take account of. Protesting, whether you like it or not – is a physical form of checks and balances.

So what is this Bill about?  It’s about controlling a population that will soon be facing the outcome of a government that failed in a pandemic to carry out its primary duty on two accounts – on saving lives and the economy. And just as the pandemic recedes, unemployment will rapidly rise and normally hard-working people who cannot find work will be facing things like universal credit to support them and their families. The economic damage that Brexit will bring will also bear down even harder. Tax revenues will decline – with it goes the funding that supports civil society. These will be the catalyst to frustration and anger that is already building. And it is here, that the Police, Crime, Sentencing and Courts Bill comes into its own if passed into law. Ten years for protesting about unemployment or that the local NHS hospital has closed or about homelessness in your community – or all the other aforementioned things that people protest about.

As Kerry McCarthy, the Bristol East MP, said yesterday – “whether it’s Black Lives Matter or Reclaim These Streets or the school climate strikes, or if you just want to pay tribute to a woman by lighting a candle and holding a vigil, you are all now collateral in this government’s trumped-up war on woke.”

Let that sink in for a moment.

Your rights have been taken away by the ideology of 359 right-wing extremists in a building in Central London that is itself crumbling – just like democracy itself.

You have now been told. You must obey your leaders – or else.