Join MICHAEL TIGAR, author of  Sensing Injustice: A Lawyer’s Life in the Battle for Change, in conversation with….

A TIMELY LAUNCH FOR SENSING INJUSTICE:

“The Trial of the Chicago Seven” is up for an Oscar this weekend. It has renewed interest in a particular flashpoint during the 1968 trials: Black Panther Bobby Seale demanded to represent himself; Judge Julius Hoffman ordered him bound and gagged; Seale was removed from the courtroom and thrown in jail.

But in Director Aaron Sorkin’s reinvention of the events of 1968, a really entertaining story got “airbrushed” out: A lawyer was imposed on Bobby Seale against his will, and that lawyer was then arrested. The lawyer that was assigned to Bobby Seale was…..Michael Tigar.

“’Len,’ I said, ‘Bobby Seale’s chosen lawyer is Charlie Garry. I am not going to participate in some charade that has the effect of denying Seale counsel of his choice.’

Judge Pregerson ordered the marshals to take me to Chicago. Deputy Marshal Smock recruited a retired Los Angeles Police detective to help him. That’s right. Two armed guards. They left the handcuffs on, based on my promise not to escape. We took the TWA red-eye flight to Chicago, me in the middle seat with these two beefy guys on either side. When I had to take a pee, one of them would go with me. The flight attendants averted their eyes at the sight of an older guy taking a younger guy into the lavatory….

I don’t remember much about that day in court. There were pretrial proceedings. Judge Hoffman was irascible. I wasn’t sure what I was supposed to do. At first, I thought that I must be a lawyer in the case because the judge had ordered me to be that. So I started to participate in conferences with the other lawyers and the defendants. A marshal looked at them all sternly and said, “Don’t talk to the prisoner”—meaning me. So I just sat there; the marshals took the three of us us back to the cell at each recess. Lunch was bologna on white bread. ‘Tigar,’ Seale told me, ‘this is not a gourmet restaurant.‘”

This will without a doubt be an exceptionally lively event, rich with storytelling, moral philosophy, and humor, as you can see from the above excerpt of Sensing Injustice. 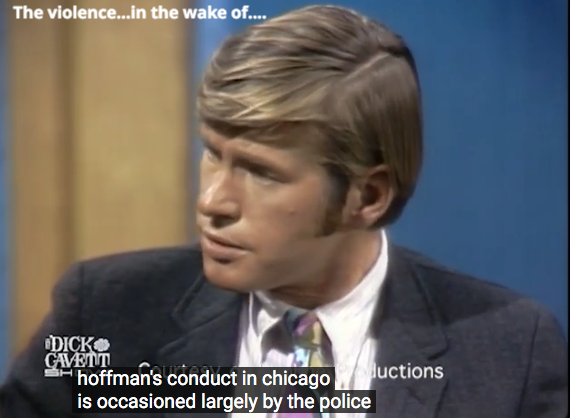 JOIN US!
Register by clicking
HERE