During a crackdown against Palestinian activists across the West Bank, Israeli soldiers stormed the office of the Union of Agricultural Workers Committee and closed it under military order 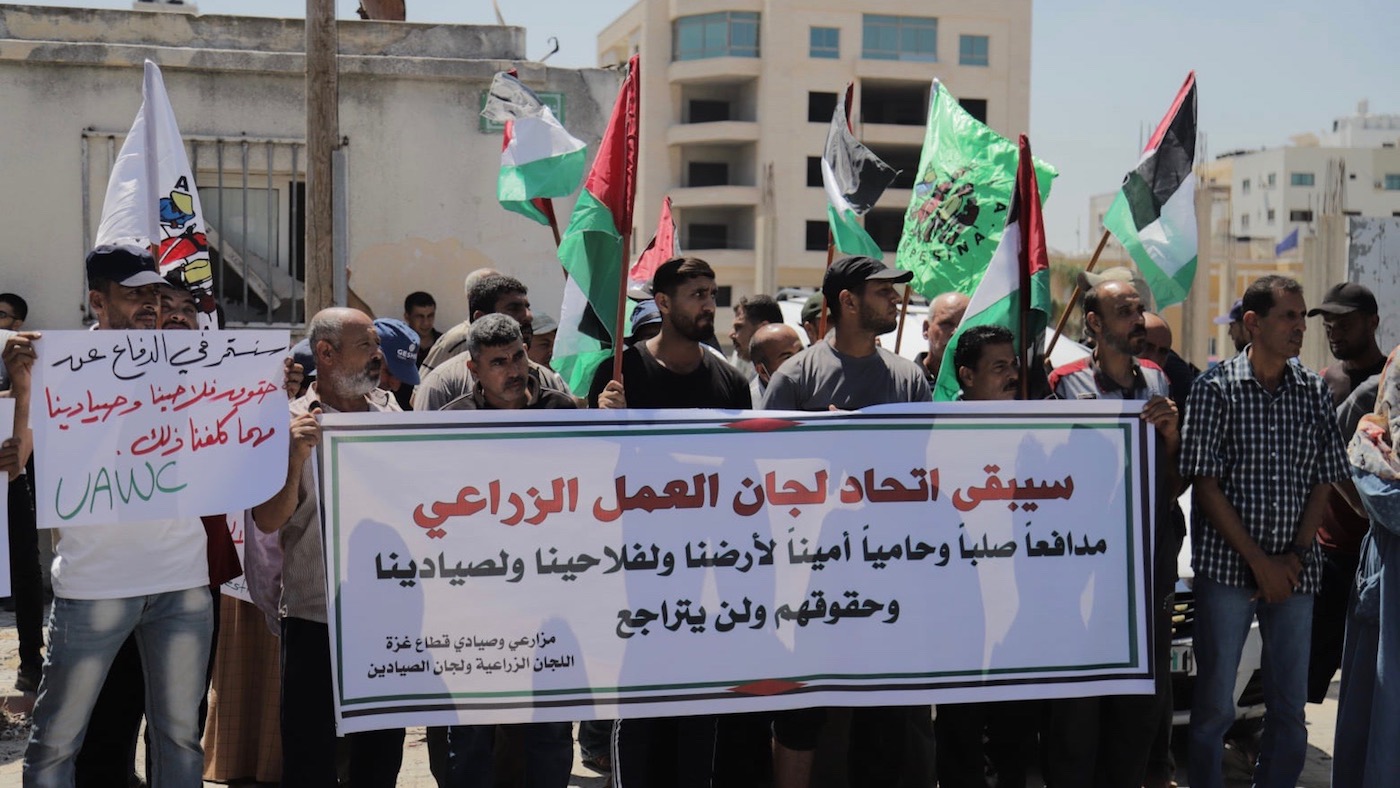 Members of UAWC in Gaza organized a protest against the closure of the organization’s office in the West Bank by Israeli authorities. Photo: UAWC

Organizations across the globe have condemned the latest Israeli attack on Palestinian activists and movements. On Wednesday July 7, Israeli forces launched a series of violent raids across the West Bank. According to reports, heavily armed Israeli soldiers raided the headquarters of the Union of Agricultural Workers Committees (UAWC) in Al-Bireh, outside of Ramallah, breaking down the door, seizing computers and memory drives, and then sealed the entrance to the office and ordered its closure under military notice for six months. 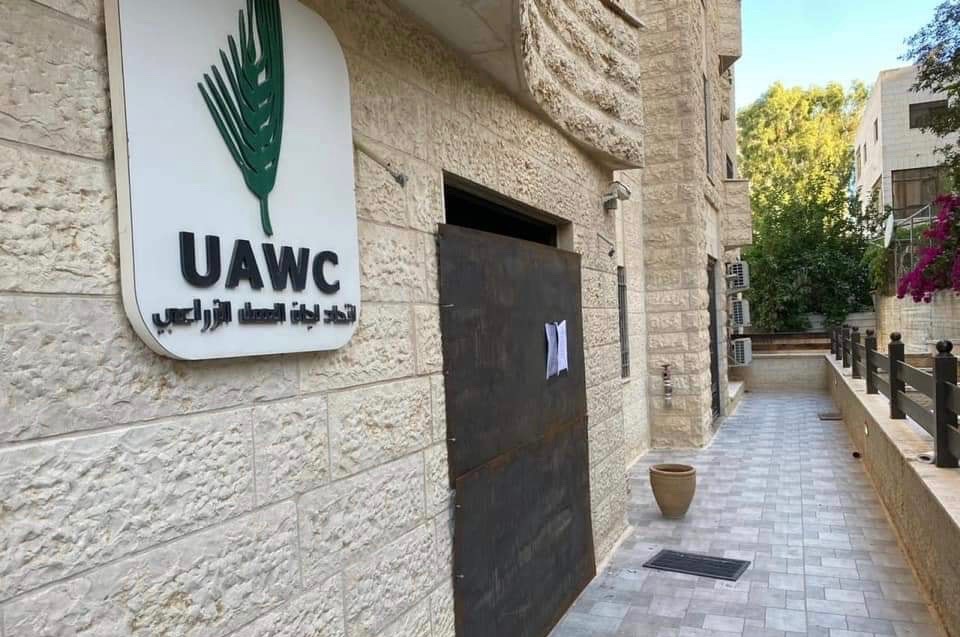 The UAWC was raided by Israeli soldiers and sealed for 6 months under military notice. Photo: UAWC

The Landless Rural Workers’ Movement of Brazil (MST) also condemned the closure of UAWC, their partner organization in Palestine and stated, “The MST will always be on the side of those that struggle for justice and dignity. As such we stand with the Palestinian people and their legitimate organizations, that show through their resistance against the oppressor, that this path will result in the freedom of people and the land.”

The Palestinian Minister of Agriculture Riyad Al-Atari called the raid on UAWC “as a war on the Palestinian agricultural sector,” and called on organizations within Palestine and globally to “condemn this attack and push for the occupation authorities to reverse this decision.” He believes that the attack is politically motivated with the objective to “liquidate work and agricultural development in the so-called ‘C’ areas, the Jordan Valley, and the areas near the settlements and adjacent to the apartheid wall.”

The attack was also condemned by several municipalities across the West Bank and local councils. UAWC committees in Gaza organized a protest to reject the closure of the office in Al-Bireh.

For food sovereignty and against occupation

The UAWC is an internationally recognized organization and part of international networks like La Via Campesina. Following Israel’s bombardment of Gaza in early May, the organization launched a campaign along with La Via Campesina to support small farmers, fishers and others in the food production sector in Gaza. They highlighted that according to Gaza’s Ministry of Agriculture the bombing campaign caused around “$27 million in damages, including greenhouses, agricultural lands and poultry farms.” The UAWC estimated that the attacks caused at least 50 hectares of crop losses and “missile attacks have impacted the soil heath and inflicted severe damages on irrigation and transmission networks. Hundreds of greenhouses have been destroyed. The assessment team also informs that scores of agricultural ponds are polluted or covered under rubble.”

Over the past six years, the organization has established over 52 cooperatives in the West Bank and Gaza and rehabilitated large quantities of Palestinian land under threat of confiscation by Israeli Authorities. They work on campaigns to defend farmer’s lands from Israeli attacks during harvests, support the construction of roads, wells, and irrigation infrastructure, and promote and protect seed banks.

Despite the shut down, the UAWC and the other Palestinian people’s movements and organizations that have been targeted in these repressive actions have vowed to continue their work.