What is happening to equalities in the UK? After a former employee of the statutory body, the Equality and Human Rights Commission, accused the EHRC of ‘colluding in the denial of institutional racism’, IRR News reminds readers of a series of its pieces which over the past year have warned how this government appears set on disappearing the matter of structural racism whilst reversing hard-won civil rights in the name of ‘freedom of speech’ and ‘viewpoint diversity’.

In response to the charge of denying institutional racism, an EHRC spokesperson said, ‘our mandate is to concentrate on eliminating race discrimination through using our powers of compliance, enforcement and litigation’, but such enforcement powers were, as we explained, conspicuously absent when it found that the government had broken the law through its hostile environment policies. The EHRC also said that it works ‘through concepts that have legal meaning, rather than concepts which are not defined in law’, but as IRR Director Liz Fekete points out here, an investigation by the commission last year relied heavily on several undefined concepts, none of which are applicable in law. The IRR and others view the appointment of commissioners that stress the need to appreciate ‘majority grievances’, an apparent prioritising of protecting beliefs over protected characteristics, to suggest that the EHRC’s direction of travel signals an end to a progressive equalities agenda in this country.

Whilst the existence of structural racism is being called into question, our calendar of racism and resistance documents its human cost across Europe. This week, we draw attention to several harrowing deaths – including a 15-year-old migrant who died after falling from a cliff in Almeria, Spain; three men found dead near the Poland-Belarus border, and a 39-year-old Iraqi woman, allegedly pushed back from Poland, who was found dead with her family, including three children, in Belarus. Meanwhile, migrant cleaners at Great Ormond Street Hospital, London, ballot for strike action arguing that they are treated as ‘second class workers’, whilst a Facebook office cleaner who led protests at the London site fears for his job.

The violence of borders and the exploitation of migrant labour are key to the functioning of racial capitalism, a concept deployed by Cedric Robinson, whose work continues to gain new significance and urgency in the present day. For the launch of Joshua Myers new biography Cedric Robinson: the time of the Black Radical Tradition, the IRR are co-hosting an upcoming event on 11 October, 5-7PM BST. With participants including Joshua Myers, John Narayan, Colin Prescod, Elizabeth Robinson and Avery Gordon, the event seeks to put his seminal work in context. Register here to attend. 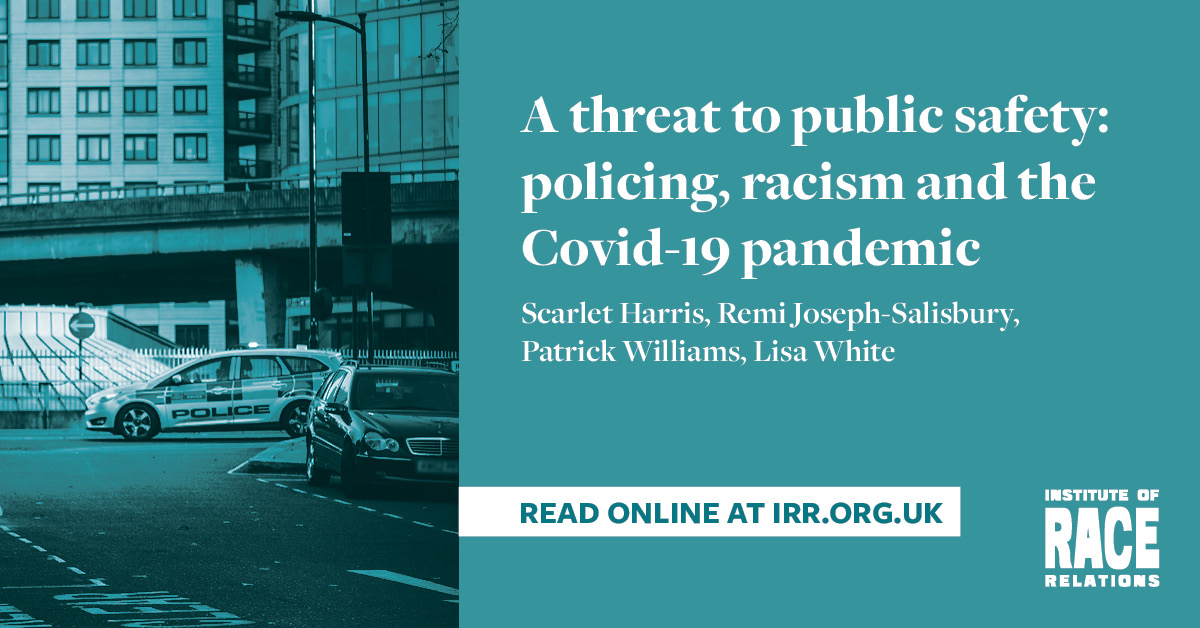 Policing, racism and the Covid-19 pandemic A threat to public safety

In case you missed it, we recently published a new report A threat to public safety: policing, racism and the Covid-19 pandemic, a study by the Centre of Dynamics of Ethnicity, which reveals the pandemic police powers disproportionately threaten, rather than protect, minority ethnic communities. Read about the report in the Independent and read the report here. 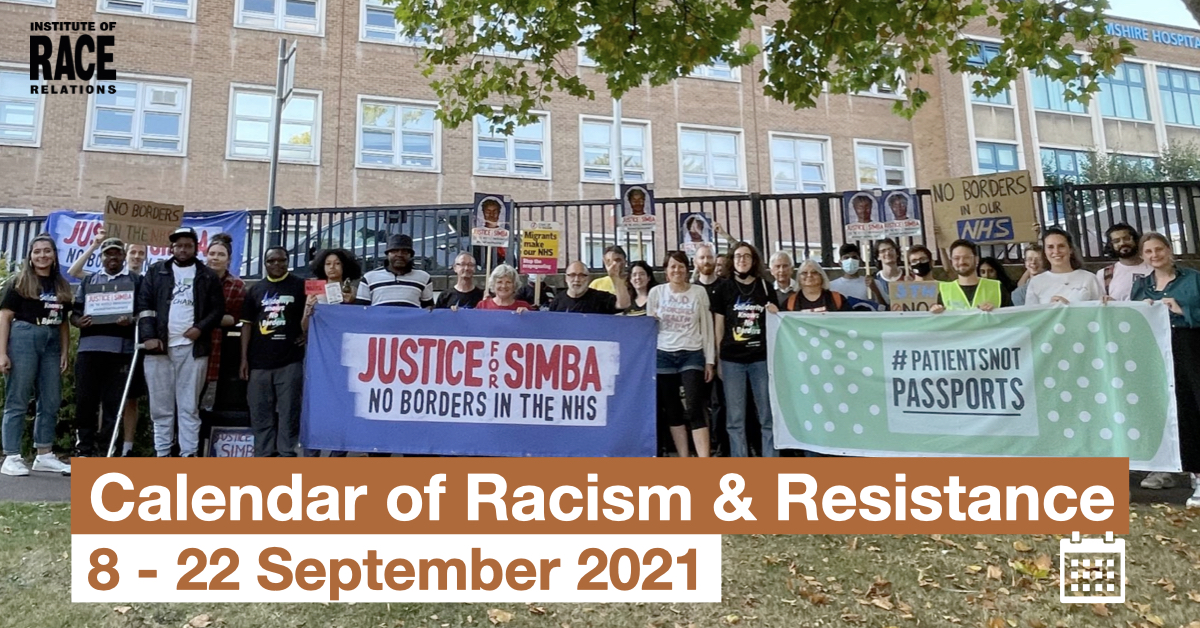 This week our calendar highlights threats to the digital rights of migrants, with a draft resolution to expand Eurodac being widely criticised as well as new legislation agreed by the Swiss Senate allowing authorities to use electronic data from phones, tablets and computers to identify migrants. 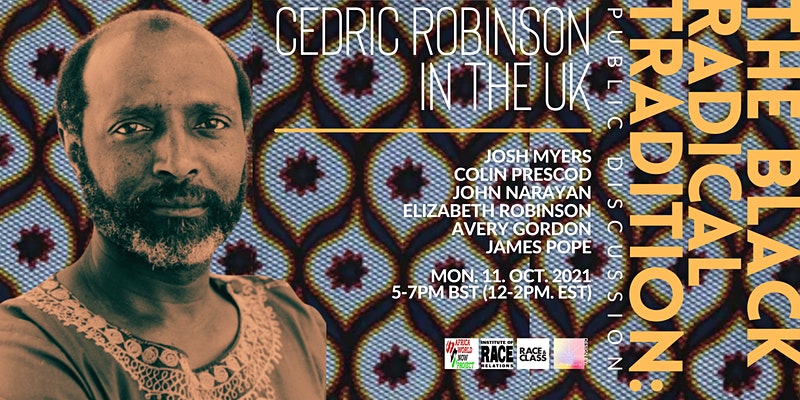 This webinar will explore the transnational character of Robinson’s theses and in particular, his life-long relationship with the IRR who found common cause in the global struggle for human liberation.