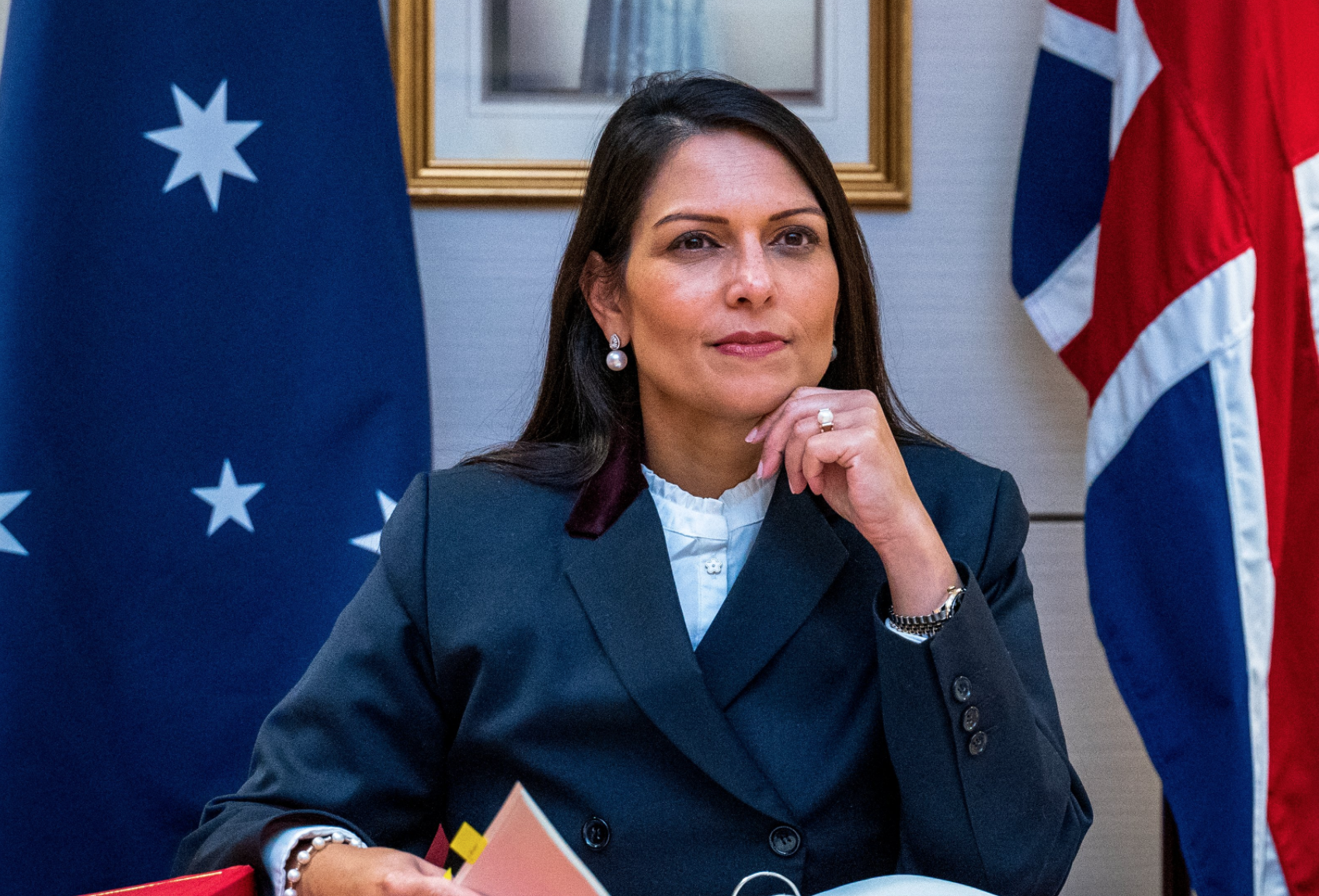 This article was funded by paid subscribers of The Dissenter Newsletter. Become a monthly subscriber to help us continue our independent journalism.

The United Kingdom’s right-wing dominated government is on course to greatly expand its ability to prosecute and jail whistleblowers and journalists through amendments to the country’s Official Secrets Acts.

These potential amendments would be the first major changes to the law since 1989. They come as the U.K. and U.S. governments continue to seek the extradition of WikiLeaks founder Julian Assange for his role in receiving and publishing the Afghanistan and Iraq war logs, Guantanamo Bay detainee files, and U.S. diplomatic cables.

Proposals would expand possible imprisonment for leakers, recipients of leaks and secondary publishers–including journalists–from the current maximum of two years to as high as 14 years in prison.

Furthermore, so-called “unjustifiable barriers to prosecution,” such as a requirement that the state actually prove that “unauthorized disclosures” are “damaging,” would be replaced with a less stringent test, like proving knowledge or belief on the part of the defendant that a disclosure “was likely to cause” or “risked causing” damage.

This is the standard in the U.S. for prosecutions under the Espionage Act, the 1917 law which Assange is accused of violating 17 times (even though he is not a U.S. citizen). Charges function as strict liability offenses, and intent is largely treated as irrelevant.

Laws relating to both espionage and unauthorized disclosures have been under review since the Cabinet Office that supports the Prime Minister, requested the Law Commission review Britain’s official secrets acts back in 2015.

The Law Commission, a typically benign statutory body created by British Parliament in 1965, was intended to help reform and modernise the island’s legal systems. However, this latest barrage of recommendations, 33 in total, has numerous observers, civil liberties organizations, and journalists greatly concerned about the worsening state of press freedom and dire condition of whistleblower protections in the U.K.

“The proposed changes to the Official Secrets Act are one of many ways in which the Conservative government is seeking to stifle dissent and elude accountability,” Chris Jones, the executive director of civil liberties watchdog Statewatch, told The Dissenter. “While the government is yet to publish its response to the public consultation it launched last year, the direction of travel is clear: they want to introduce new, heavier penalties to discourage journalists and others from doing their work and acting in the public interest.”

The Law Commission’s final report was published in September 2020, though it was not until seven months later that the U.K. government published its responses to the recommendations as part of a further consultation on new legislation “to counter state threats/hostile state activity.”

The word “journalist” only appears once in the government’s response, and officials like Home Secretary Priti Patel have argued unauthorized disclosures may be worse than foreign espionage because their publication can be viewed by “multiple hostile actors.”

Patel is currently the official who would sign off on Assange’s extradition when all avenues for appeal are exhausted.

The government makes clear in its response to the Law Commission recommendations that it believes there is already a fair balance struck between the right to receive and impart information—protected under common law and Article 10 of the European Convention of Human Rights and the need to protect government secrets.

“Safeguards already exist (including existing processes for government whistleblowers) which allow them to raise concerns without needing to undertake an unauthorized disclosure,” the government said, in response to the Law Commission’s proposals for an independent body to accept whistleblower testimony and complaints as well as the reintroduction of a public interest defense to the Official Secrets Act (Note: Reintroducing the public interest defense was one of the few Law Commission recommendations welcomed by most observers).

Ultimately, the government’s “fundamental concern” is that “a person seeking to make an unauthorized disclosure, whether in government or otherwise in possession of official material, will rarely (if ever) be able to accurately judge whether the public interest in disclosing the information outweighs the risks against disclosure.”

In other words, to the government, no individual, journalist, or government employee is capable of making a decision as to whether a leak is in the public interest so there should be no public interest defense for leaking or publishing government documents without official approval.

Tim Dawson is a former president and longtime member of the National Union of Journalists (NUJ). He also has covered the extradition case against Assange. According to Dawson, the proposed changes to the law would make the environment for public interest journalism “significantly more hostile”.

“The NUJ believes that where civil servants take great risks to leak information it is almost always because they have witnessed incompetence, waste, or corruption. Exposing such things is in the public interest and benefits us all,” Dawson declared.

Although the Law Commission itself doesn’t recommend a new maximum sentence, the current figure under discussion and being pushed by the Crown Prosecution Service in its submissions is 14 years. (Note: This is the institution helping the U.S. government obtain the extradition of Assange.)

In the U.S., a violation of the Espionage Act carries a maximum sentence of 10 years. Someone guilty of leaking or publishing “secrets” could be punished more harshly.

The U.K. government believes both “primary and onward disclosures have the potential to cause equal amounts of harm”, meaning that publications by a journalist or member of the public of information leaked to them or even already published in the public domain such as online should be treated the same under the law.

Proposals also seek to apply some of the provisions of the Official Secrets Act to government workers and “notified persons” outside of the U.K.. The government clearly has the desire to go even further, stating that in some cases the state “should be able to consider prosecution against non-British citizens for unauthorized disclosure, who have caused damage.”

This is precisely what the U.S. government is doing with Assange through the extraterritorial application of the Espionage Act against a journalist and publisher, who was based in the U.K. at the time of the disclosures in question.

The fact that the government has responded to the Law Commission’s recommendations in the context of a further consultation on countering “hostile state” activity exposes the ideology of state officials, when it comes to the matter of whistleblowing and national security journalism.

Officials would like whistleblowers and national security journalists to be treated as severely as actual acts of espionage by a “hostile” state power, if not more so, in some cases.

The publication of this information by WikiLeaks and various media organizations woke millions up to hidden acts of corruption and resulted in numerous successful legal challenges in the U.S. and Europe. Yet it is this very kind of whistleblowing and journalism, which would become substantially more difficult if the current proposals were to become law.

National security reporting, which is adversarial to state power, is already suffering an immense chilling effect in the U.K., as noted by Reporters Without Borders (RSF) in its response to the Law Commission.

In 2018,  Trevor Birney and Barry McCaffrey, two investigative journalists based in Northern Ireland, were arrested by members of the armed police.

The arrests followed the airing of Alex Gibney’s documentary “No Stone Left Unturned,” which examined the role of British state collusion in the 1994 Loughinisland pub massacre of six Catholics by loyalist paramilitaries. The two were accused of breaching the Official Secrets Act when they used leaked documents in the film.

“When a knock came to the family’s door, Sheila looked out and saw what appeared to be about 30 armed police officers, uniformed and in plain clothes, alighting from vehicles,” Statewatch recounted:”The house quickly filled up with police. His eight-year-old became frightened and began to sob. Birney, who had, like McCaffrey, to shower and dress in front of an officer, told his wife he was being arrested, and was taken away.”

Although the two were freed after a judge threw out their arrests, it is widely believed the targeting of journalists will inevitably increase with the proposed expansion of the Official Secrets Acts.

Once the U.K. government formally announces the exact changes it wants to the official secrets legislation, “those defending civil liberties in the U.K. will have yet another fight on their hands,” Jones concluded.