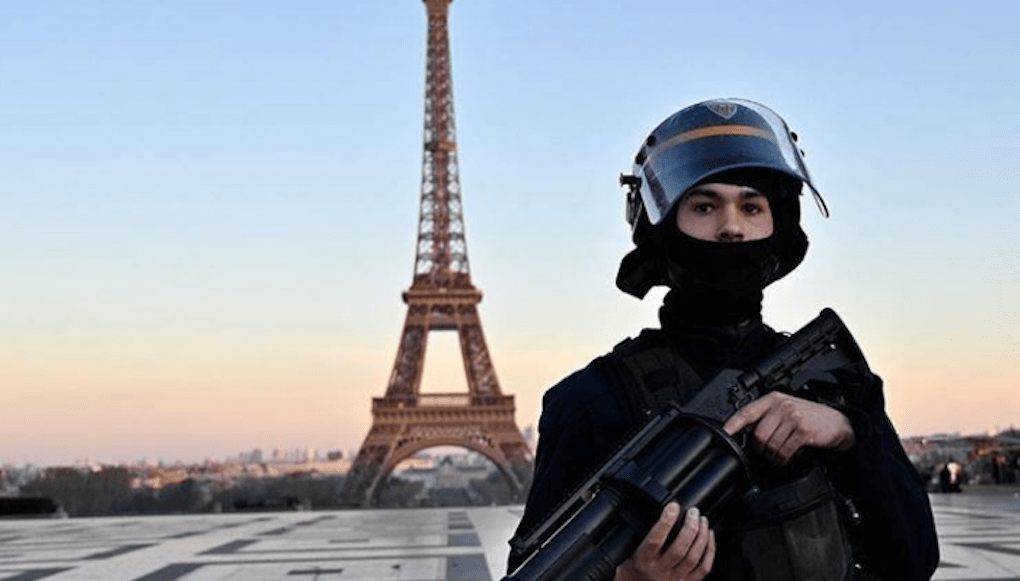 Let’s try a little thought experiment. Just for fun. To pass the time while we’re indefinitely locked down inside our homes, compulsively checking the Covid-19 “active cases” and “total death” count, washing our hands every twenty minutes, and attempting not to touch our faces.

Before we do, though, I want to make it clear that I believe this Covid-19 thing is real, and is probably the deadliest threat to humanity in the history of deadly threats to humanity.

According to the data I’ve been seeing, it’s only a matter of days, or hours, until nearly everyone on earth is infected and is either dying in agony and alone or suffering mild, common cold-like symptoms, or absolutely no symptoms whatsoever.

I feel that I need to state this clearly, before we do our thought experiment, because I don’t want anyone mistakenly thinking that I’m one of those probably Russian-backed Nazis who are going around saying, “it’s just the flu,” or who are spreading dangerous conspiracy theories about bio-weapons and martial law, or who are otherwise doubting or questioning the wisdom of locking down the entire world (and likely triggering a new Great Depression) on account of the discovery of some glorified bug.

Obviously, this is not just the flu. Thousands of people are dying from it. OK, sure, the flu kills many more than that, hundreds of thousands of people annually, but this Covid-19 virus is totally new, and not like any of the other millions of viruses that are going around all the time, and the experts are saying it will probably kill, or seriously sicken, or briefly inconvenience, millions or even billions of people if we don’t lock down entire countries and terrorize everyone into submission.

Which, don’t get me wrong, I’m all for that … this is not the time to be questioning anything the corporate media and the authorities tell us. This is a time to pull together, turn our minds off, and follow orders. OK, sure, normally, it’s good to be skeptical, but we’re in a goddamn global state of emergency! Idris Elba is infected for Chrissakes!

Sorry … I’m getting a little emotional. I’m a big-time Idris Elba fan. The point is, I’m not a Covid-denialist, or a conspiracy theorist, or one of those devious Chinese or Russian dissension-sowers. I know for a fact that this pandemic is real, and warrants whatever “emergency measures” our governments, global corporations, and intelligence agencies want to impose on us.

No, I’m not an epidemiologist, but I have a close friend who knows a guy who dated a woman who dated a doctor who personally knows another doctor who works in a hospital in Italy somewhere, and she (i.e., my friend, not the doctor in Italy) posted something on Facebook yesterday that was way too long to read completely but was a gut-wrenching account of how Covid-19 is killing Kuwaiti babies in their incubators!

Or maybe it was Italian babies. Like I said, it was too long to read.

Also, did you see the story about the baby that was born infected?! Or the stories about the people in their 30s and 40s who were more or less in perfect health (except for, you know, cancer or whatever) who died from (or with) the Covid plague?! And what about all those charts and graphs?! And those pictures of people in hazmat suits?! And those Italians singing Turandot on their balconies?! Doesn’t that just make you want to break down and cry over the sheer humanity of it all?!

No, there is absolutely no doubt whatsoever that Covid-19 is the deadliest global pandemic humankind has ever faced, and that we have no choice but to cancel everything, confine everyone inside their home, wreck the entire global economy, force working class people even further into debt, pour trillions into the investment banks, cancel elections, censor the Internet, and otherwise implement a global police state.

But what if it wasn’t? Just hypothetically. What if this wasn’t the deadliest global pandemic humankind has ever faced? (I’m just posing the question as a thought experiment, so please don’t report me to the WHO, or the CDC, or FEMA, or whoever.) What if this new coronavirus was just another coronavirus like all the other coronaviruses that people die from (or with) all the time? What if the fact that this one is “new” didn’t really mean all that much, or possibly anything at all, because coronaviruses are always mutating, and every year there are a lot of new variants?

Relax, OK? I know this one is different, and totally unlike anything ever encountered by virologists in the history of virology. Remember, this is just a thought experiment. These are just hypothetical questions.

Here’s another hypothetical question. What if all the scary statistics we’ve been seeing (e.g., the death rates, the explosion of “cases,” etc.) weren’t unquestionable scientific facts, but rather, were, like other statistics, based on things like sample groups, and dependent on a host of factors and variables, which you kind of need to know to make sense of anything?

Say, for example, you tested everyone that died of acute respiratory failure on a given day in your Italian hospital, and you discovered that, let’s say, five of those patients had been infected with Covid-19. So you feed that number to the WHO, and they add it to the “total deaths” count, regardless of whether the folks who died had terminal cancer, or heart disease, or had also been infected with the common flu, or some other type of coronavirus. That would probably skew your “death” count, wouldn’t it?

Or, say you wanted to test for the virus to keep track of all the “active cases” and generate an infection rate, but you can’t test hundreds of millions of people, because no one has that many tests So, you test everyone who turns up sick, or thinks they’re sick and demands to be tested, or who touched someone sick who you already tested (though you’re not even sure that your test is accurate) and you come up with, let’s say, ten positive results. So you feed that number to the WHO, and they add it to the “active cases” count, regardless of the fact that everyone knows the real number is likely twenty times higher.

Just hypothetically, you understand. I am not suggesting this is actually happening. I certainly don’t want to get censored by Facebook (or accidentally censored by some totally innocuous technical glitch) for posting “Covid misinformation,” or tempt the Wikipedia “editors” to rush back to my Wikipedia page and label me a dangerous “conspiracy theorist” … or, you know, get myself preventatively quarantined.

It probably won’t come to that anyway, i.e., rounding up “infected persons,” “possibly infected persons,” and “disruptive” and “uncooperative persons,” and quarantining us in, like, “camps,” or wherever. All this state of emergency stuff, the suspension of our civil rights, the manipulation of facts and figures, the muzzling of dissent, the illegal surveillance, governments legislating by decree, the soldiers, the quarantines, and all the rest of it … all these measures are temporary, and are being taken for our own good, and purely out of an “abundance of caution.”

I mean, it’s not like the global capitalist empire was right in the middle of a War on Populism (a war that it has been losing up to now) and wanted to take this opportunity to crank up some disaster capitalism, terrorize the global public into a frenzy of selfish and irrational panic, and just flex its muscles to remind everybody what could happen if we all keep screwing around by voting for “populists,” tearing up Paris, leaving the European Union, and otherwise interfering with the forward march of global capitalism.

No, it certainly isn’t like that. It is an actual plague that is probably going to kill you and your entire family if you don’t do exactly what you’re told. So, forget this little thought experiment, and prepare yourself for global lockdown. It probably won’t be so bad … unless they decide they need to run the part of exercise where it goes on too long, and people get squirrelly, and start rebelling, and looting, and otherwise not cooperating, and the military is eventually forced to deploy those Urban Unrest Suppression Vehicles, and those Anti-Domestic-Terror Forces, and …

OK, I’m getting all worked up again. I’d better take my pills and get back to Facebook. Oh, and … I should probably check up on Idris! And see if Berlin has gone to “Level 3,” in which case I’ll need to find whatever online application I need to fill out in order to leave my house

One thought on “Covid-19 Global Lockdown”